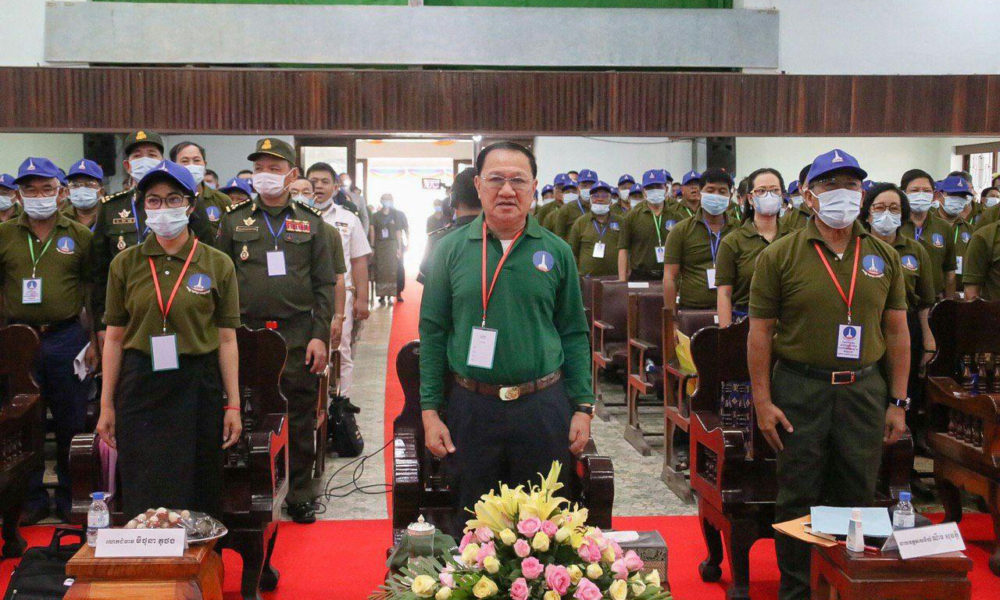 Koh Kong: Secretary General of the Ministry of National Defense, Commander-in-Chief of the Ministry of National Defense, Gen. Yin Min, said at a seminar on the construction of a winning political memorial in the morning of May 25, 2020. Koh Kong is a great honor as the Royal Government has always paid attention to the Royal Cambodian Armed Forces and paid tribute to our ancestors who sacrificed their lives in defense of their homeland.

The general said the winning political memorial represents a high regard for the Cambodian hero who sacrificed his life for the territory and transformed from the field of killing into a developed, prosperous, and free-spirited country. Enough human resources to make the world aware of Cambodia's development globally and internationally.

“The winning political memorial in the main square has 4 rectangles totaling 66 meters high, 43 meters high, and the winery space has a wide range of winery space in the car park and siblings' entertainment,” he said.

Samdech Preah Vihear has confirmed that the construction of the winning monument was commemorated in honor of the heroes who sacrificed their lives for the sake of the nation's homeland during the war.

We have to thank the peace that under the wise leadership of Samdech Akka Moha Sena Padei Techo Hun Sen, Prime Minister of the Kingdom of Cambodia, has left us empty-handed until development flourishes. All sectors have human resources and are recognized worldwide.
Peaceful nations are free, so we can never forget the struggle that gave up life for the land. Therefore, the Royal Government has built this political memorial to commemorate, and this winning political memorial is also an important factor in tourism to attract national and international visitors.