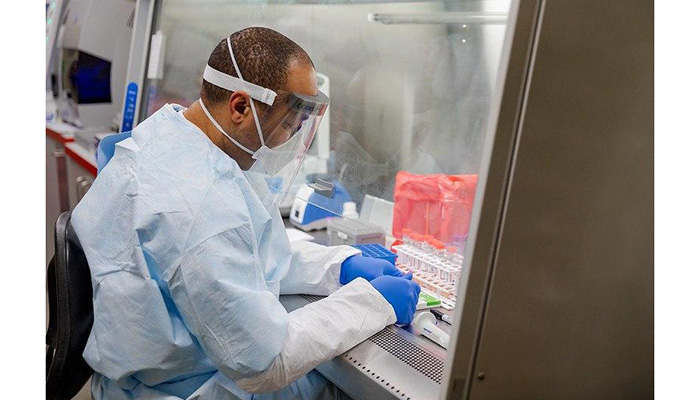 NAIROBI: On Thursday, the World Health Organization (WHO) warned of the rapid spread of severe pneumonia, or Kovir 19, into rural Africa.

Matshidiso Moeti, WHO regional director for Africa, said the spread of the virus from major cities to the region Rural in the continent should be addressed urgently to prevent a public health crisis.

"Addressing rural cases that often lack the resources of urban centers will pose significant challenges for the already tense health system in Africa," Ms Moeti said in a statement.

"There is a significant shortage of treatment for severe cases in Africa," she added.

The African Centers for Disease Control and Prevention in its latest update said the continent had more than 10,000 infections and more than 500 deaths were caused by the disease.

"As these cases of the disease spread through urban areas, there is a need for decentralized response and increased coordination with local administrations as well as strengthening the national health emergency response system," the WHO said.

"Provincial and provincial governments and governments need to be able to coordinate, monitor, communicate, treat and treat patients locally," the statement added.

The World Health Organization says African countries are still in a good position to win the fight against the disease 19 if they invest in extra beds and personal protective equipment for health workers and civilians.

The agency also praised Ghana, Kenya and Nigeria for setting up laboratories to expand the test, adding that Tanzania and Ethiopia have also taken active steps to promote the diagnosis of PTSD.
Update: October