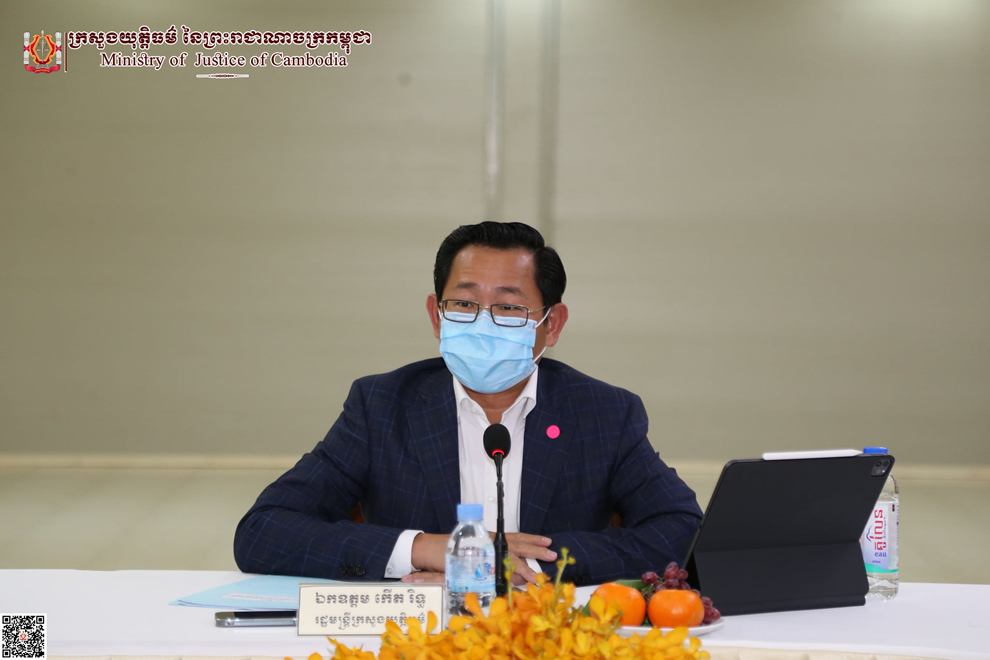 
Phnom Penh: The Out-of-Court Dispute Resolution Policy Technical Team completed a study on national and international law and conducted face-to-face interviews with stakeholders. In the former justice service centers in seven capitals and provinces to formulate policies as a legal framework for resolving disputes out of court.

On June 26, 2020, the Minister of Justice, Mr. Keut Rith, decided to establish this Technical Working Group by appointing Mr. Chin Malin, Secretary of State of the Ministry of Justice. As the chair of this working group.

The development of this extra-judicial dispute resolution policy is an implementation of the legal and judicial reform program, bringing justice services closer to the people. And reduce congestion in the capital-provincial courts, creating harmony for the people in the community.

Jean Malin told the Post on January 12 that the study, interviews, study of national and international legal standards and the study of Internationally, good work is done by the team.

"Now we are summarizing and preparing a concept paper," he said. "Once the concept paper is completed, we will discuss with all stakeholders soon." Working on the mechanism of drafting the legal framework related to the settlement of disputes outside the court system, the technical team conducted a study, research and interview with the provider. Service and receive services and officials involved in dispute resolution outside the local court system.

"After we study and research on all these grounds, we will prepare a support document related to the preparation," Malin said. Out-of-Court Dispute Resolution Mechanism on How Cambodia Should Organize Based on the Research and Interviews We Receive These.

Mr. Am Sam Ath, Deputy Director of LICADHO, said that in the past, there were some out-of-court disputes in the districts, districts and municipalities, but the mechanism This does not seem to have responded to the out-of-court settlement.

"In the past, people as well as some influential people have always used the courts to find a solution, although some disputes may be possible," he said. "Much of the settlement ends with an extra-judicial settlement or a dispute should not arise." He added that all these issues have contributed to the congestion of the court and the loss of confidence in the judiciary. Well.

Mr. Sam Ath stated: "I understand that if the Ministry of Justice makes a clear policy and gather elements from all stakeholders to make this policy good. "And that effect is good."

According to Mr. Sam Ath, after this policy, the Ministry should train implementing officers to understand and implement in a transparent, fair and effective manner to give confidence to Citizens just resolve disputes outside the court system can help reduce the number of complaints to the court.