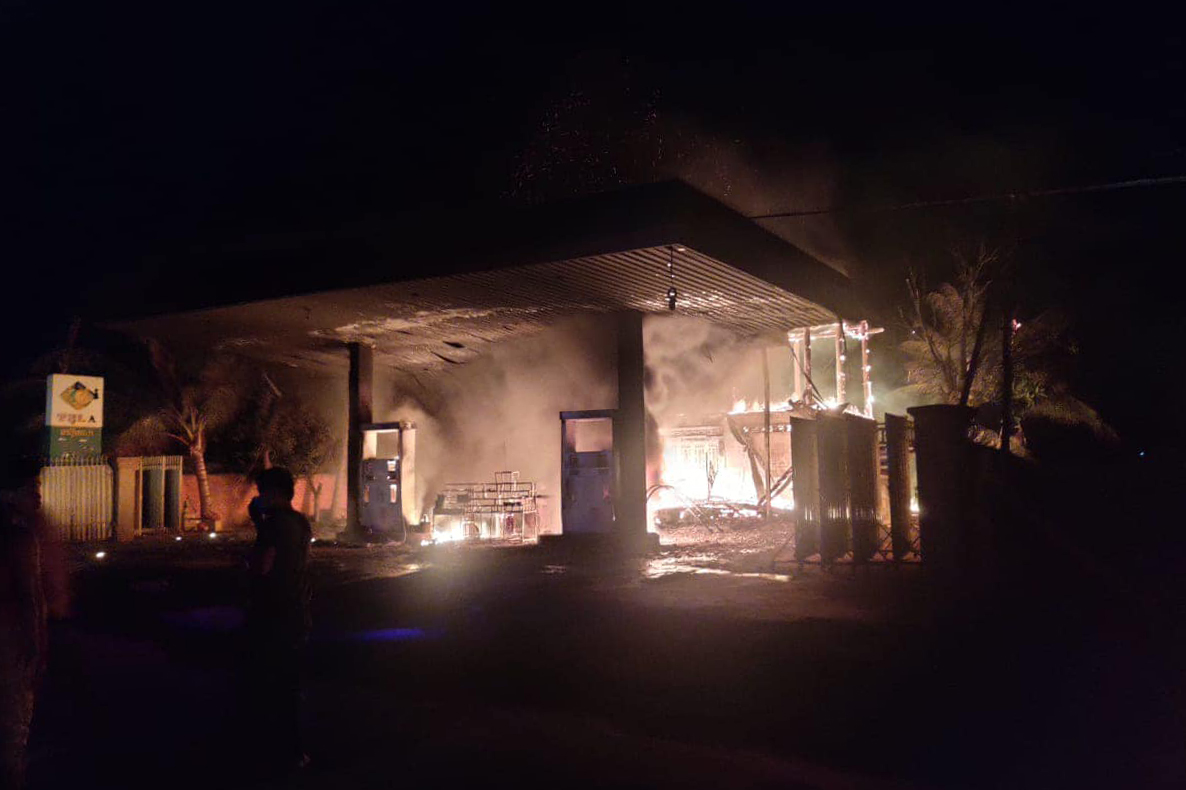 
Kampong Cham: A woman was killed in a gas station fire in Popreng village, Speu commune, Chamkar Leu district, Kampong Cham province on the night of June 29, 2021. In this accident, the police used 8 fire trucks.

On the afternoon of June 30, Yoeun Din, director of the fire brigade of Kampong Cham Provincial Police, told the Post that the victim, Oeun Ratha, had died. The 30-year-old was the son of Jim Rin, a 55-year-old man who owned a gas station. As for the cause of the fire, it was because the woman poured gasoline from Dong.

He said: "At that time, the victim turned on the gasoline from the engine and fired from Dong, but accidentally it was dark and turned on the light switch. "When the parachute was turned on, there was a flame and it started to burn."

According to Mr. Yun Din, according to the man named Jim Rin, the father of the victim, before the incident at At around 8 pm on June 29, his daughter pumped gasoline from the garage into Pidong, but it was getting dark. His wife (the victim) broke his hand, broke the barrel, and the fire suddenly ignited into a huge flame. When the fire was burning, suddenly the woman The victim ran into the basement (wood on the rocks below) near the gas station, intending to take the keys to a Lexus car 330 to drive out, do not let the car catch fire.

He added that at that time, the victim's parents prevented him from entering the house because of the fire, but he still ran inside. Home. At that time, the fire spread to the house, making it impossible for the victim to run out, so she ran inside. The bathroom, and maybe he swallowed smoke, fainted in the bathroom and died in the fire. The property affected by the fire includes: house made of wood, tile, wall, board and stone floor, size 7 meters × 9 meters, garage One petrol was burned, a luxury car 330, a motorcycle 125cc, dollars, riel.