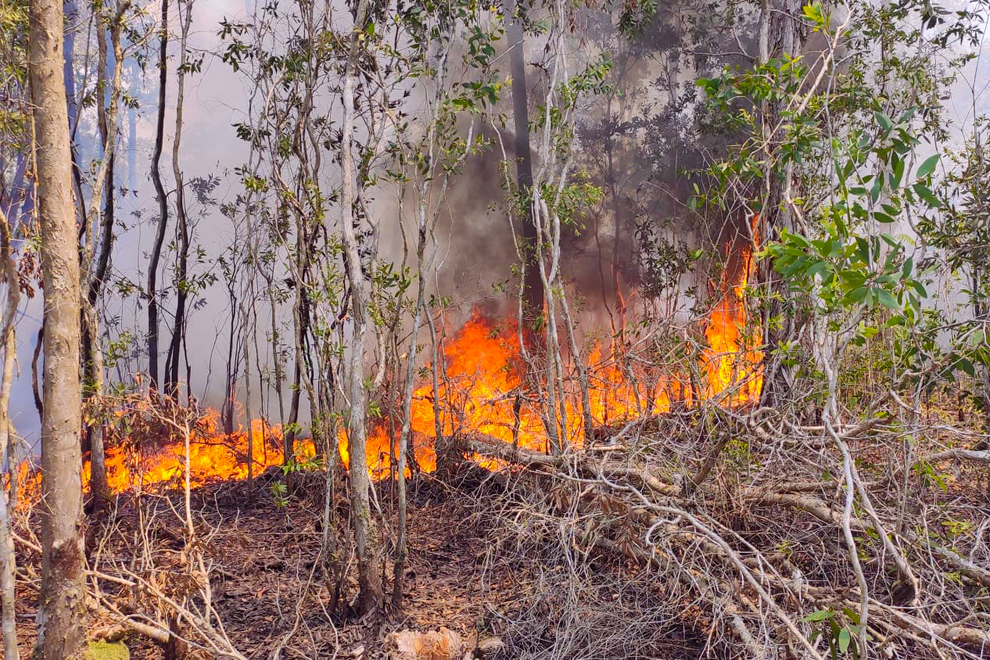 
Koh Kong: Wildlife Alliance announces $ 500 cash incentive reward for reporting and detaining suspects in arson Forestry at wildlife sanctuary along National Road 48 in Koh Kong province Burning the Forest by Chantane They will be sentenced to between five and 10 years in prison and some fines.

An Wildlife Alliance official, who asked not to be named, told the Post yesterday that the Wildlife Alliance had informed the detained public. The suspect who stole the forest on National Road 48 in the territory of Trapaing Rong commune, Koh Kong district, Koh Kong province He will give you an incentive bonus $ 500.

“Any brother who saw the perpetrator burns the forest and reported to the NGO team for their arrest and sent to court “The organization will provide $ 500, but if you detain the suspect, you can hand it over to the organization.”

This year, he said, there were many fire and forest fire incidents this year, and there was a high risk for all wildlife Type. Therefore, he encouraged the local people or public to report to the working group for timely action. Wildlife Alliance is currently managing projects at wildlife sanctuaries in Sihanoukville, Pursat, Kampong Speu and Koh Kong provinces.

Neth Pheaktra, secretary of state and spokesman for the Ministry of Environment, said yesterday that burning forests is a natural resource offense that perpetrators must take. Confronted with the punitive penalties in effect. Bonus rewards for those caught by forest burners are common, and incentives for informants leading to capture The offender's conviction is not uncommon, as it applies to countries.

The Ministry of the Environment reminds that compliance with the Protected Areas Law Article 62 is punishable as a Class 4 natural resource offense for those who Committed any offense.

“In the case of the perpetrators, such as logging, clearing, burning forest and clearing land for land, And deliberately causing a forest fire will be punishable by five to 10 years in prison and some fines. ».

According to Neth Pheaktra, according to the law, the fourth-degree natural resource violations are punishable by five to 10 years in prison and a maximum fine. From 15 million riel to 150 million riel.

He said that in the case of a person who commits a criminal act, the fine is between 150 million and 250 million riel. All of the exhibits will be confiscated as state property.