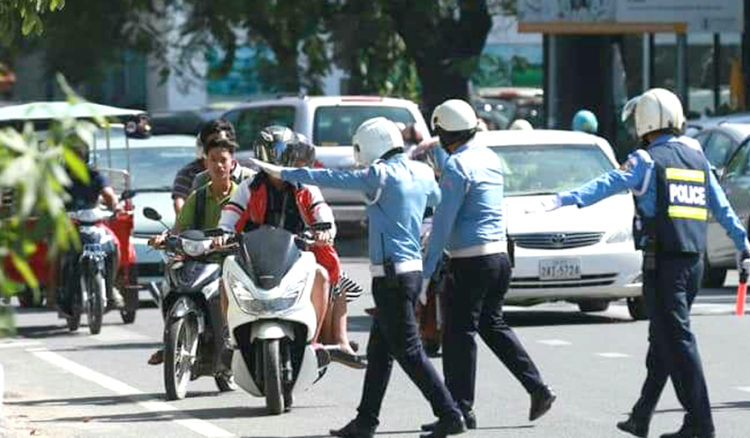 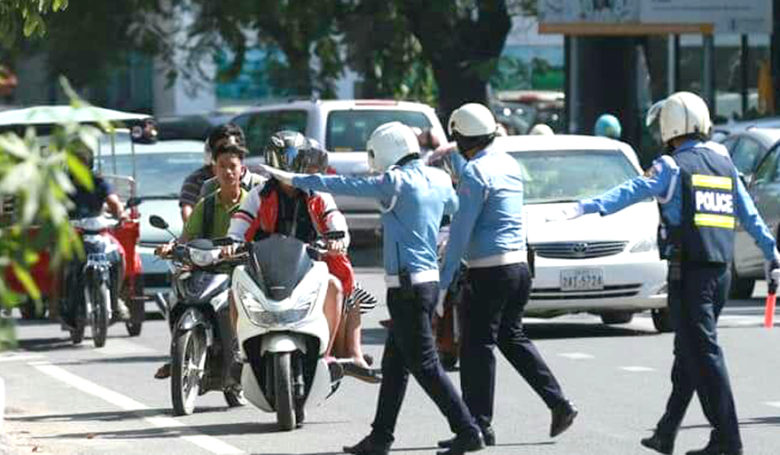 Phnom Penh: Traffic accidents are high risk, with an average of 5 deaths per day. According to Lt. Gen. Chea Hak, deputy commissioner of road traffic, the Phnom Penh Police Commissioner at a press conference. On the afternoon of April 28, 2020, the implementation of the new Land Traffic Law will be implemented. May 1, 2020, shortly.

In the first quarter of this year, the country's first quarter, 2020, has died, Lieutenant General Chen said. There were 493 road accidents. This is a high risk compared to the Ivory Coast disease in Cambodia. 493 killed in traffic accidents

In Phnom Penh alone, 86 people were killed. In the 27-day period in the capital, there were 59 road accidents with 19 deaths. This is a figure that is very worrying. That is why leaders at all levels have come up with amendments to the sub-decree to regulate the traffic law across the country. Implementation of Sub Decree No. 39 ANK dated 17 March 2020 on Revising Sub-Decree 44 The March 21, 2017 edition will begin May 1, 2020 onwards.

The beginning of this practice does not mean that we have just tightened the law because of the common law restrictions All 25 capital – provinces across the country – we have prevented a lot of accidents. In 2020, he said, "it's the year that we will strictly enforce traffic laws." As a result of traffic accidents that put our people who are road users at risk, there are an average of five accidents People die in road accidents, we're not Want to see blood on the streets anymore.

Enforcement of this law unless it is attended by law-abiding citizens. Lieutenant General Chek Hak stated that the implementation of the new sub-decree earlier fined 15,000 riel of motorcyclists, but the new sub-decree was permanent. Up to 60,000 riel is not expensive if you face the risk of 60,000 Riels will not be cured. The fine does not require a fine on the spot, but is required by law enforcement to be brought to the Inspector for three days pending payment. Penalties for bringing a motorcycle must be accompanied by a hat if it is not. Enforcement enforcement works day and night, and in each of the four districts there are four targets.

Samdech Techo: The drivers must obey traffic laws for the safety of all

Prime Minister Samdech Akka Moha Sena Padei Techo Hun Sen called on all drivers to obey traffic laws for the safety of all. The call, while competent, will firmly enforce the non-compliance of traffic laws from May 1, 2020.

Samdech Techo wrote on social media on April 29: “At the moment, restrictions on traffic laws. Is running across the country. Citizens, especially young people, before driving a car need to have a valid driver's license. "The car has to pay taxes and other fees properly before it is ordered on public roads."

He said the restrictions are to ensure the safety of the lives of the people across the country to avoid any potential danger. Causing minor injuries and even death. We do not want to see any accidents in the families of our brothers. And young people driving with great caution and mutual understanding to stay safe. Nationwide ៕