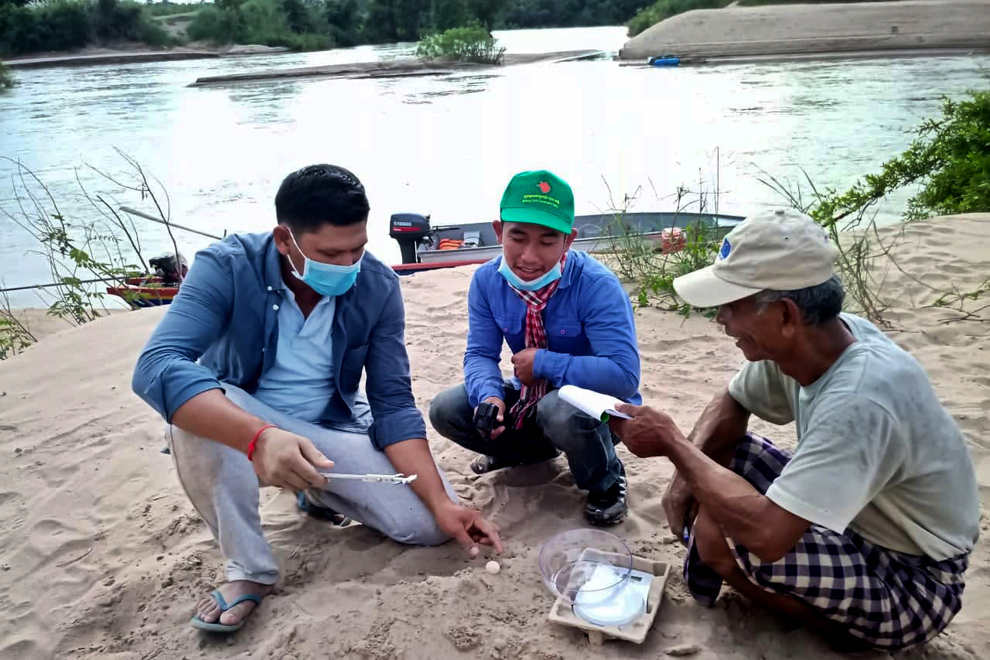 
Kratie: Wildlife Conservation Society (WCS) nest protection team finds 5 nests of tortoises with 150 eggs for the first time In 2020, on the sandy beach along the Mekong River in Sambo district at the beginning of the late spawning season of 2020.

Nhuon Chanty, WCS Mekong Regional Coordinator, told the Post on December 30 that on December 11, his team found the nest. A frog-headed tortoise nests with 32 eggs, but about a week later the team discovered a series of nests. Four more of it.

"From the five eggs we found, there were about 150 eggs and we will collect them," he said. The frog-headed tortoise eggs are placed in a safe place for hatching.

Every year, frog-headed tortoises start breeding between November and May.

Mr. Chanty said that he and his team were very happy to find the turtle's nest and eggs because every The number of nesting years it has been found is very small, but this year the team has found its nest since the breeding season. Getting started. "This year we have found the first five nests. "We hope we can find more of its nests."

Last year, WCS nest protection team found 49 nests of the frog-headed tortoise, which laid more than 1,700 eggs but did not lay eggs. Only 845 eggs were hatched due to the hot weather and the team did not have enough materials to lay one egg. Corrupted number.

Som Sitha, director of the WCS Mekong and Koh Kong Conservation Project, told the Post on December 30 that WCS would continue to work with And local communities with contracts with eight bodyguards working directly with the general public, all of whom have the right to participate. In the conservation work of this frog-headed tortoise.

"Last year we saw a lot of community involvement and we hope this year we will be involved with the conservation team," he said. "This frog-headed tortoise is even more so."

The Nest Protection Program is funded by the European Union under the "Wildlife Crime Partnership" Margaret A. Cargill and The Prey Lang Baitong project is supported by USAID.