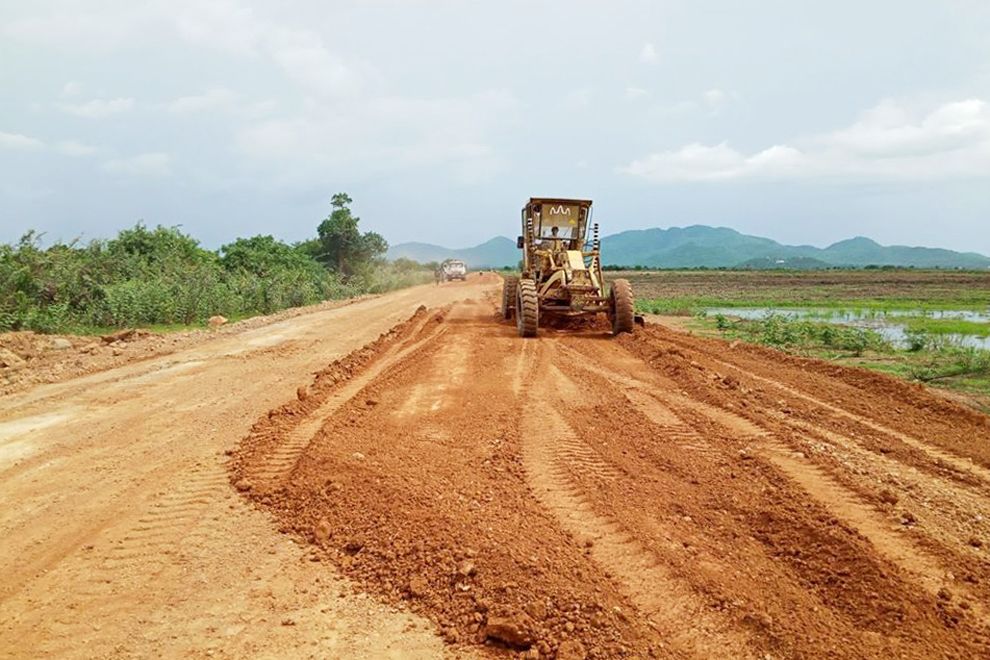 
Phnom Penh: The Executive Board of the World Bank (WB) has approved a $ 100 million loan from the International Development Association (IDA) to support improvement projects. Road network in Cambodia to increase access to services and economic opportunities for rural communities.

According to a press release issued on July 16, the loan project will expand the reach of rural communities. Access to essential services such as health centers, referral hospitals, schools and markets through the improvement of rural roads to be more resilient to factors Climate change.

Improvements will be made to many sections of national and provincial roads, resulting in reduced transportation costs and Danger risk due to damaged roads and facilitating the supply chain in agriculture and tourism development.

Ingonado Pracha, WB Country Manager for Cambodia, says there is a lack of access to hospitals, schools and transportation to the market, especially during the rainy season. Still a major challenge for Cambodians in rural areas.

"This new project is a continuation of our commitment to assisting in the development of Cambodia's road infrastructure," she said. It will better connect people by accessing services, reducing interruptions and creating jobs for local communities. "During the construction of roads that contribute to economic recovery."

Shipping costs in Cambodia remain high despite significant improvements, the statement said. Last year. Roads are the leading means of transportation in the country and require a lot of investment, especially in rural areas.

Rural roads account for more than 75 percent of the country's total road network, but only 5 percent are paved. Climate change has caused heavy rains and floods, posing a greater risk of damage to rural road systems.

The WB said in a statement that an analysis of the rural road use situation conducted through the project shows that in During the flood season, more than 26% of the people living in the project area are at risk of having no access to emergency medical services and School.

In addition, 18% take 30 minutes or more to travel to the hospital, which is a life-threatening situation. One. Choosing a path for the investment of this project gives priority to roads that connect residents' homes with hospitals, schools and markets.

According to the press release, the project's target areas are roads in Kampong Cham, Tbong Khmum and Kratie provinces, covering more than 2 million people. Eighty percent of them live in remote rural areas. The project will also assist the Ministry of Public Works and Transport and the Ministry of Rural Development (both of which are project implementation agencies) in development. Institutional section as well.

These include developing a climate resilience road financing strategy, assisting the two ministries in implementing their gender mainstreaming action plans, and Manage contract based on performance for road maintenance, make infrastructure more sustainable.

Ms. Lim Sok, Senior Advisor of the Coalition for Road Safety, stated that civil society organizations working in the field of road safety always promote And inspire the Royal Government to cut 10% of loans or grants received from other donors for use in outreach education From road traffic safety issues to the people.

"We want to equip some traffic devices on the roads to increase the vigilance and protection of the people while they He had to transform himself into a standard road. "Because when the road is developed, people have the attitude of driving over the speed limit, which can cause traffic accidents."

Chhuon Vorn, Director General of Land Transport of the Ministry of Public Works and Transport, said yesterday that the Royal Government will continue to strengthen the work at any stage. Cooperate with various development partners, especially in infrastructure development projects.

"There are not only projects with the World Bank or the Asian Development Bank, there are many other development partners to "Collaborate on special development on infrastructure projects."