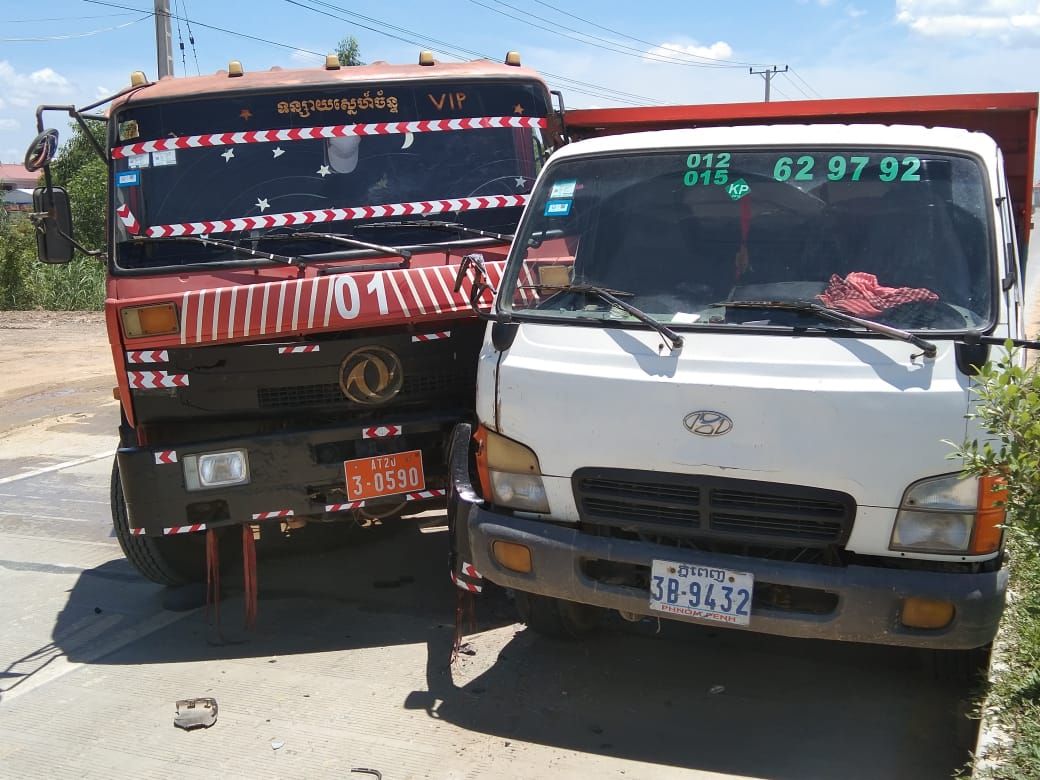 According to sources at the scene, before the incident, they saw a white Hyundai brick truck with license plate Phnom Penh 3B9432 open. Along the road 50 meters in the direction from north to south to the front of Wat Russey Sanh also saw a water truck did not turn Be careful to hit the brick truck, causing damage to the front of a large truck Hyundai The red Dai with license plate AT20 3-0590 drove out of Wat Russey Sanh, turned 50 meters from the road in the same direction and hit the car. Transport of damaged bricks on the side of the vehicle.

After the incident, the Dangkor district authorities arrived at the place and asked both parties to build

Reconciled and the water truck paid damages to the brick truck to end the story. By: Phan Namida 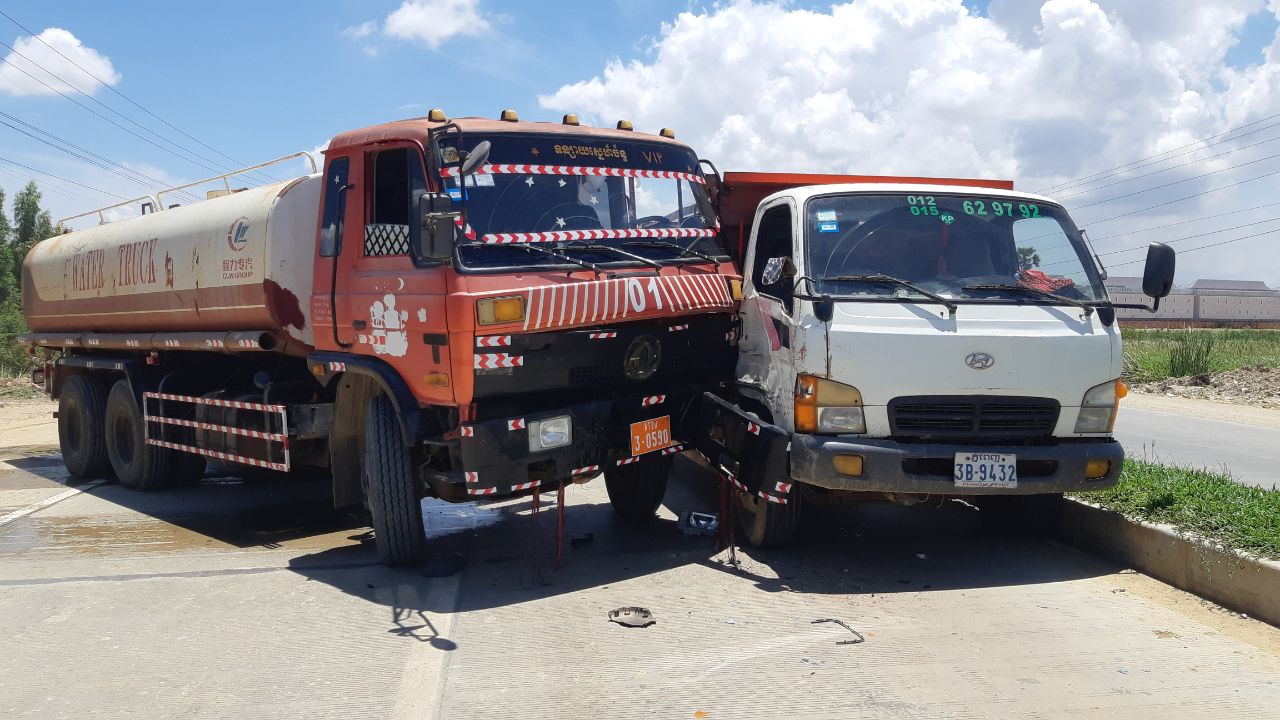 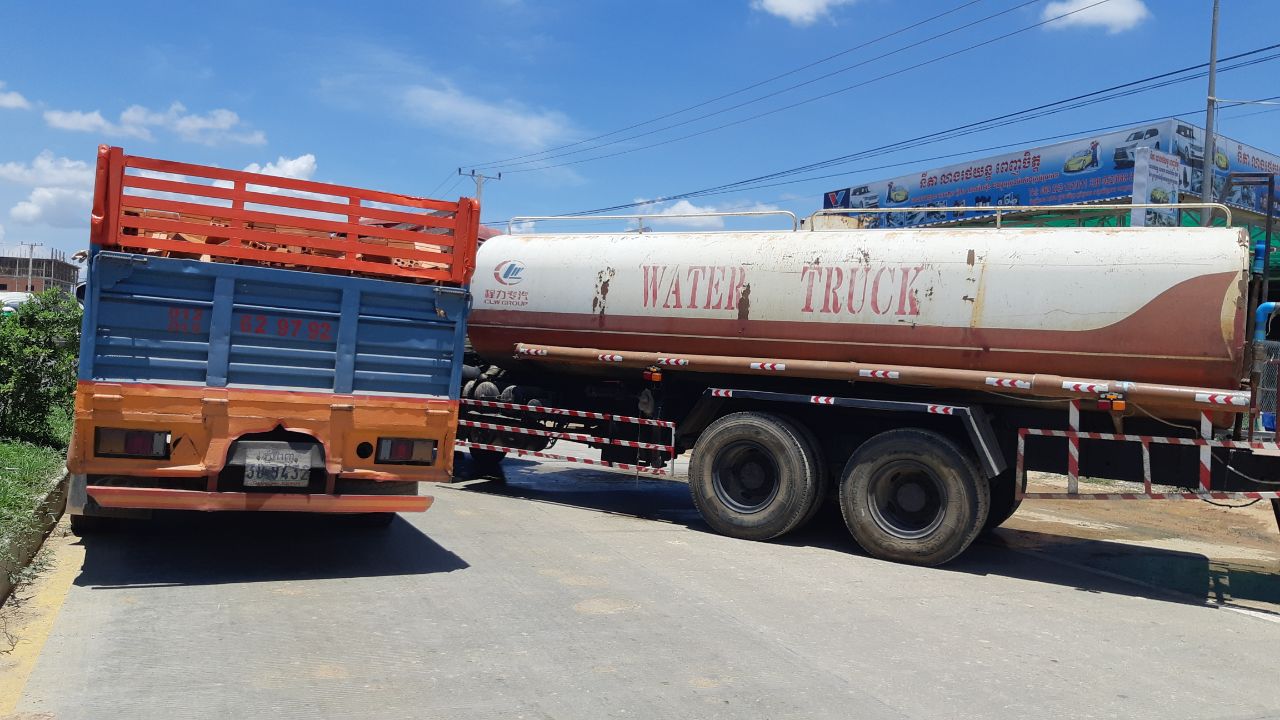 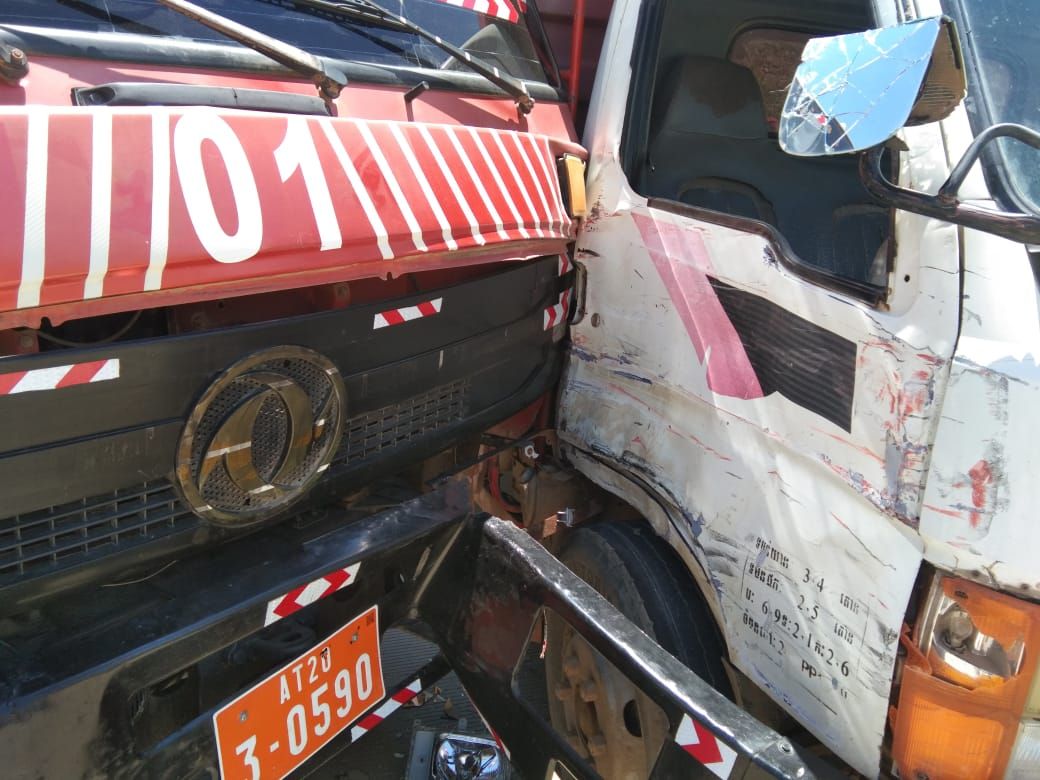 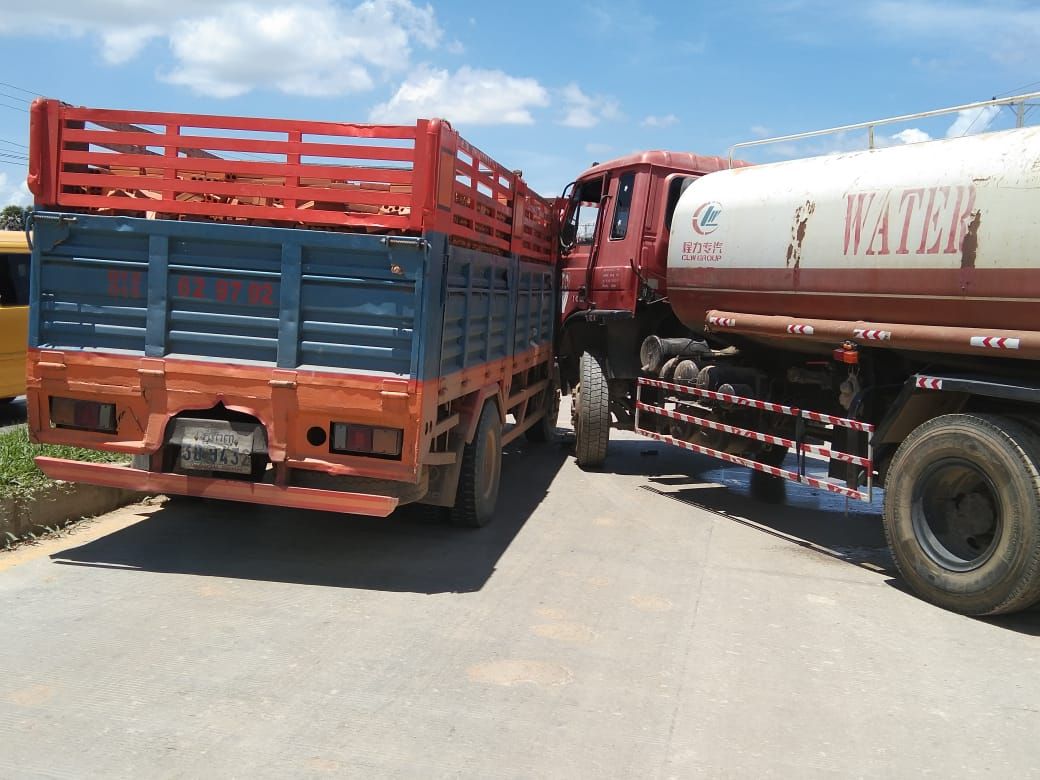 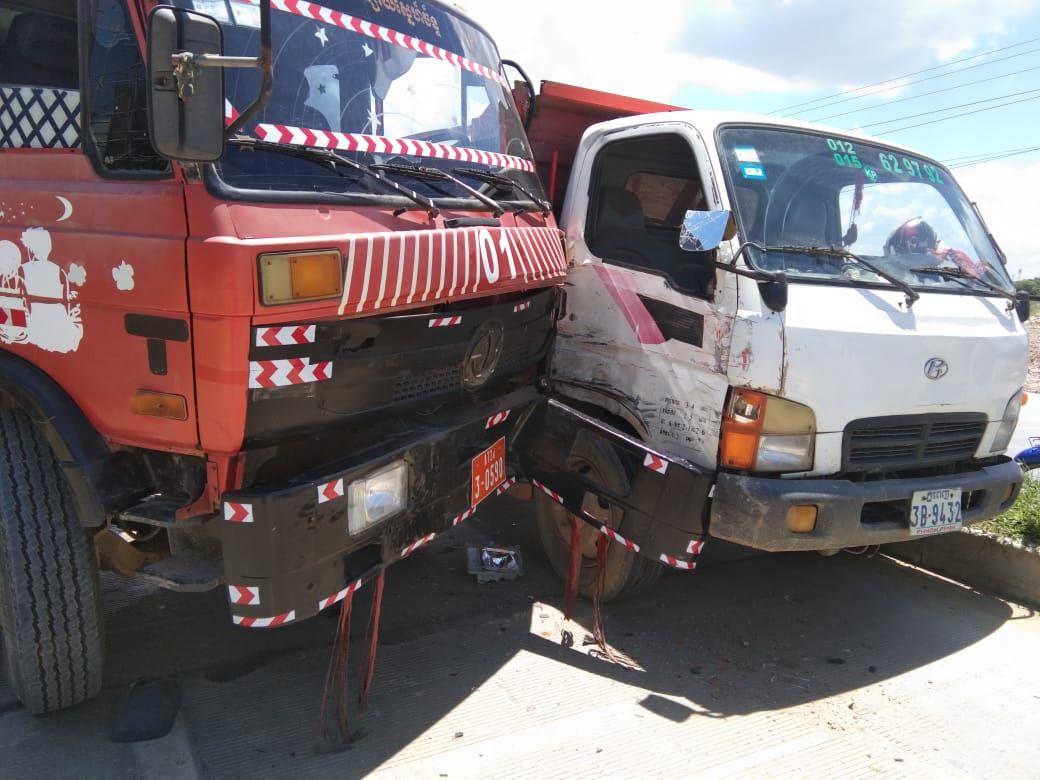