Volunteer lawyers of the Bar Association defended 2,167 poor people in more than 3 months 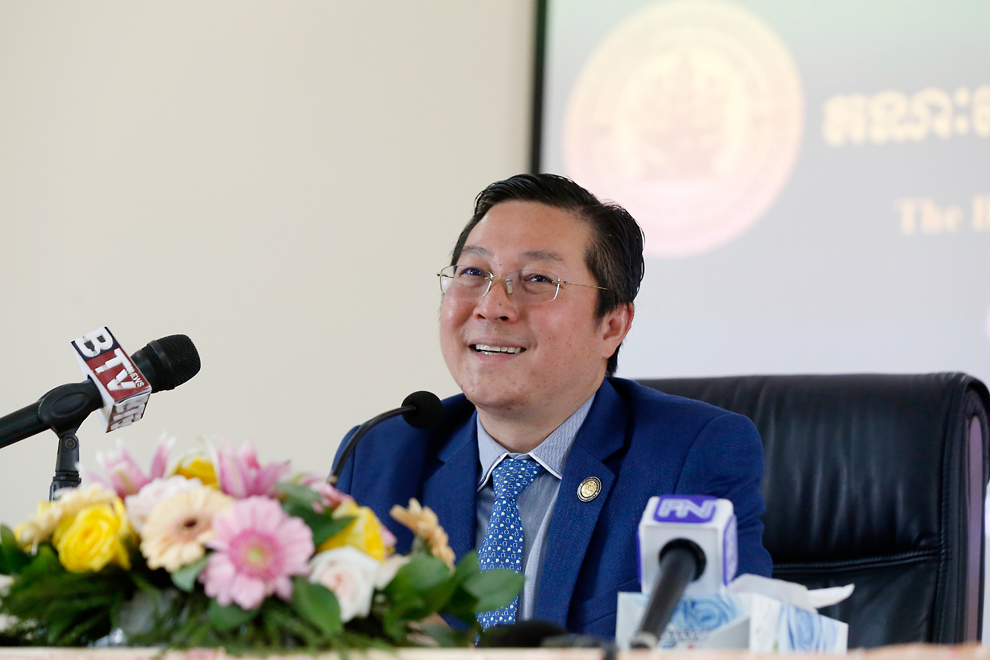 Volunteer lawyers of the Bar Association defended 2,167 poor people in more than 3 months


Phnom Penh: Volunteer lawyers in the Bar Association of the Kingdom of Cambodia announced last weekend that the Volunteer Lawyers Association has defended To 2,167 poor cases with 3,658 clients in the Capital-Provincial Courts throughout the country in 100 days .

However, the President of the Bar Association acknowledged that some irregularities had occurred to the individual lawyers who volunteered to help people. The poor do not have the capacity of their profession, the problem is that the Bar Association has a mechanism to strengthen the capacity and guide lawyers is not like this when receiving The case came to the defense.

"We have to have a case, study the case and defend it properly," Chan Tola said.

He said the Bar Association has assigned more than 300 volunteer lawyers across the country since November 2020 to help protect the poor in Cambodia. According to the tribunal at all levels out of 3,658 clients, including 312 women and 787 children.

Mr. Ly Chantola said: "We have instructed our lawyers when receiving the defense case and are fully protected. Complete the task. In the past, we have punished lawyers who do some work. ”

He stated that in 2021, the Royal Government has increased the budget up to 2 billion Riels to the Bar Association to pay for the provision. Legal aid to the poor and also increase the annual budget for the protection of the poor in order to achieve social justice.

"Reform of the president of the bar is a good thing, but do not interfere in the work of lawyers," he said. Some lawyers also adhere to good professional ethics, but there are some lawyers who are very self-interested in defending their cases. Poor people do not care much.

Am Sam Ath, Deputy Director of LICADHO, acknowledged that the number of lawyers in Cambodia today is limited, including the Bar Association. The work of defending the poor in the Capital-Provincial Courts as well, and the guidance of the President of the Bar Association is a good point for the team. Lawyers use their professionalism and ethics to defend the poor as much as possible.

"Defend the poor, let the lawyers be transparent, do not discriminate," he said. We know that the number of our lawyers is limited, we can not accept all cases, but we should do our best to protect the poor. At the provincial court, this is a necessity in the Cambodian legal system. ”