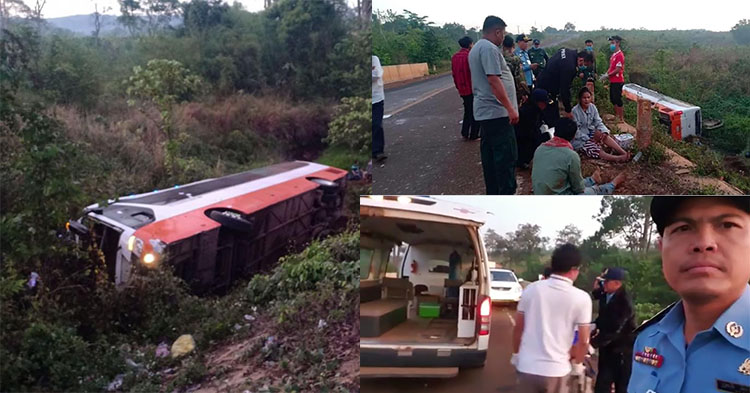 
Mondulkiri: Tell the management of Virak Bun that the lives of many peopleNever send on a Taiwanese car, so please choose a taxi that has the ability to drive and with high responsibility, avoid the following cases. 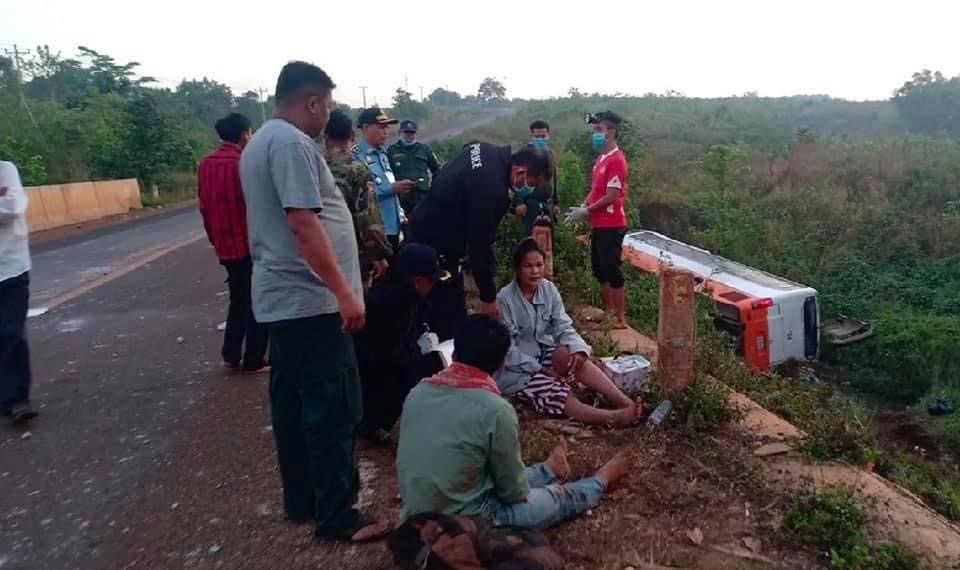 At 4 am today, 12 people were seriously injured by a two-bed bus rolling over from the highway, overturned, lying in the breeze. Loading from Phnom Penh to Ratanakiri province.

There was a car about 4:15 am on April 5, 2020, the authorities report
Vireak Phim Bun Travels From Phnom Penh to Ratanakiri Province After Arriving at Mondulkiri Passengers and continue to Ratanakiri.

When leaving the parking lot about 3km from the second bridge, the second bridge in Sen Monorom, the car slammed, The road resulted in 12 minor injuries, including two children and three serious injuries.
Authorities confirmed that after examining the location and inquiring details, the cause was caused by the driver having to drive at high speed with the condition of the ramp and the bridge. The road ahead was too steep.

After the crash, the driver escaped, leaving the injured, and the cops took the ambulance to the hospital Physician By: Wisdom 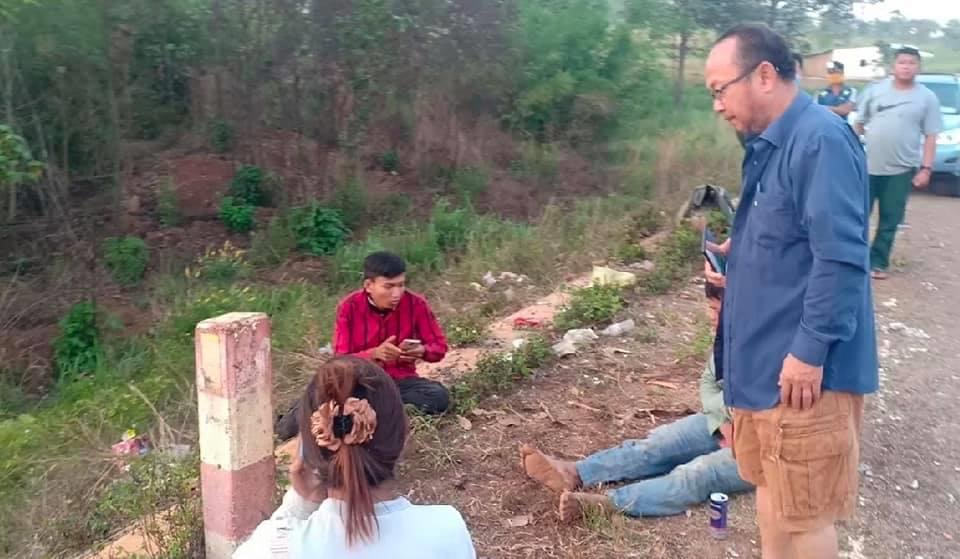 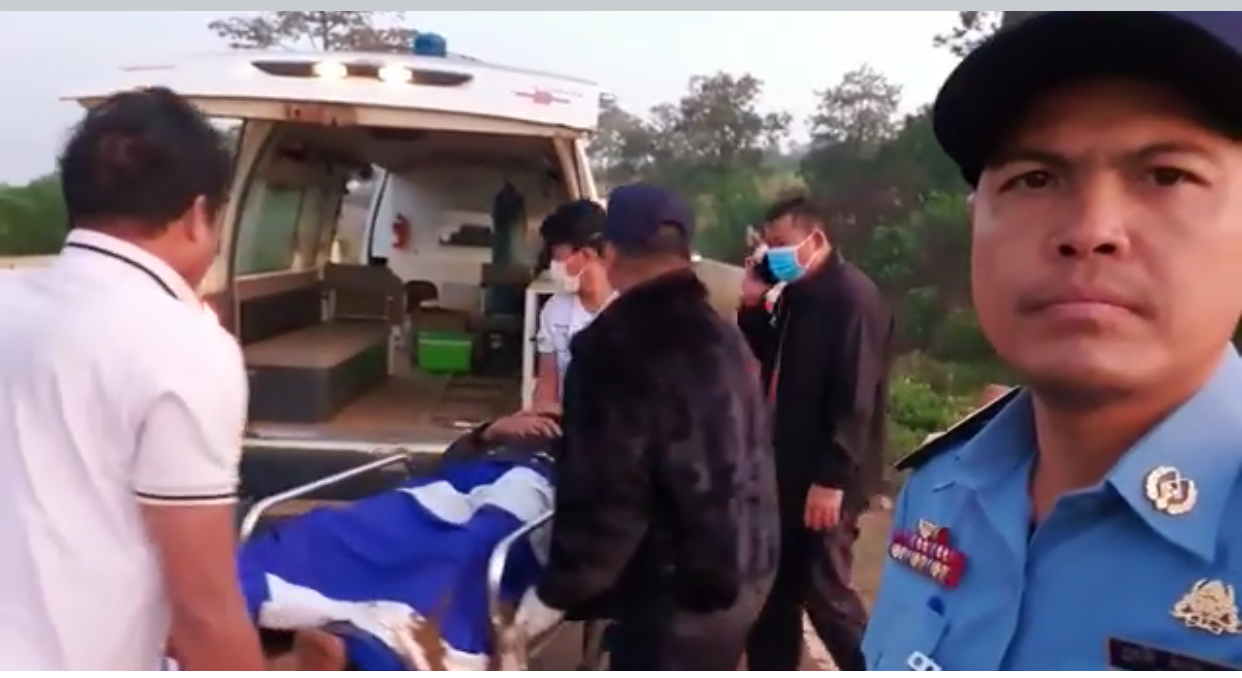 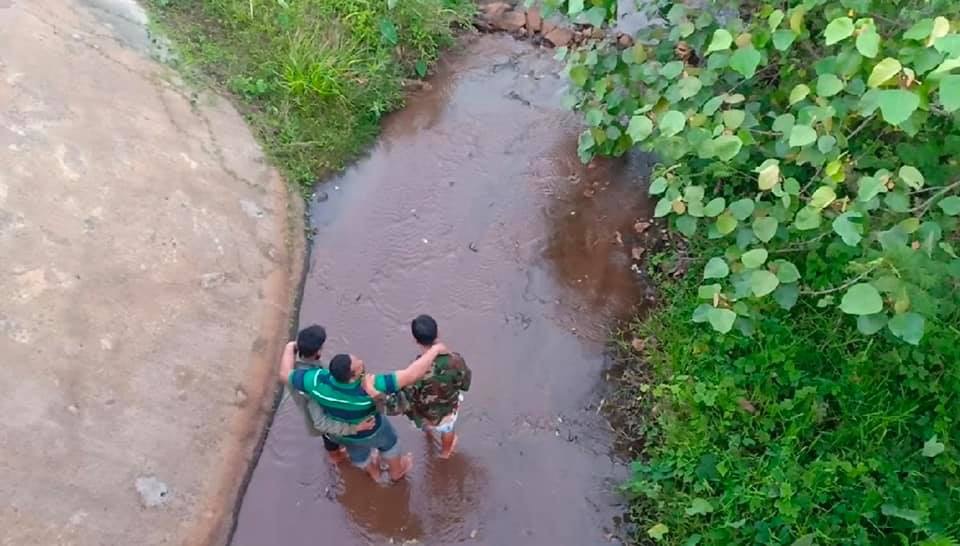 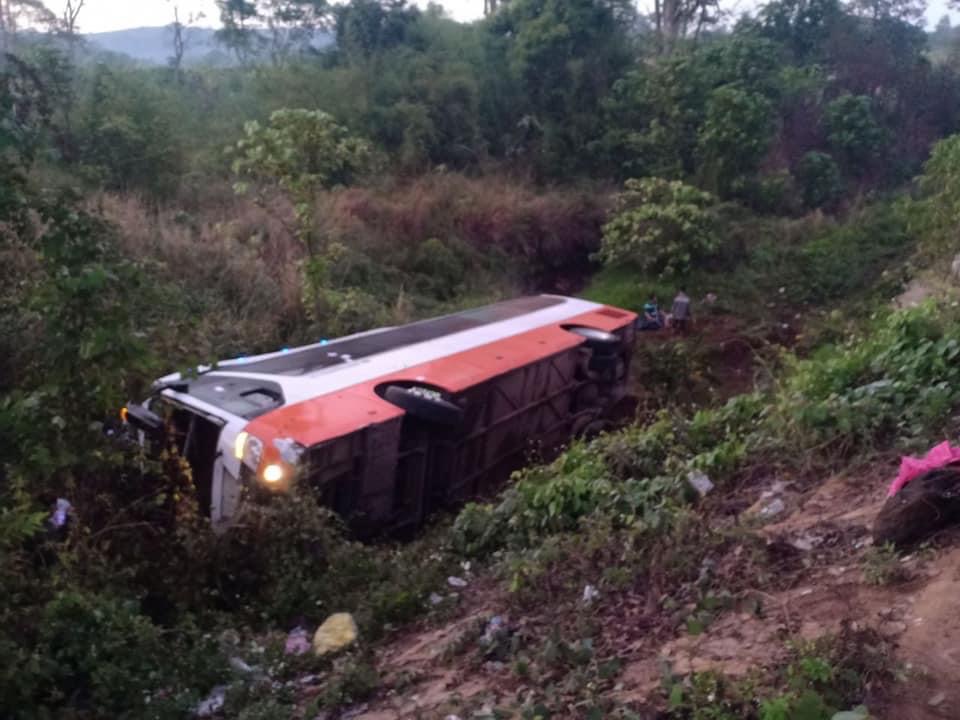 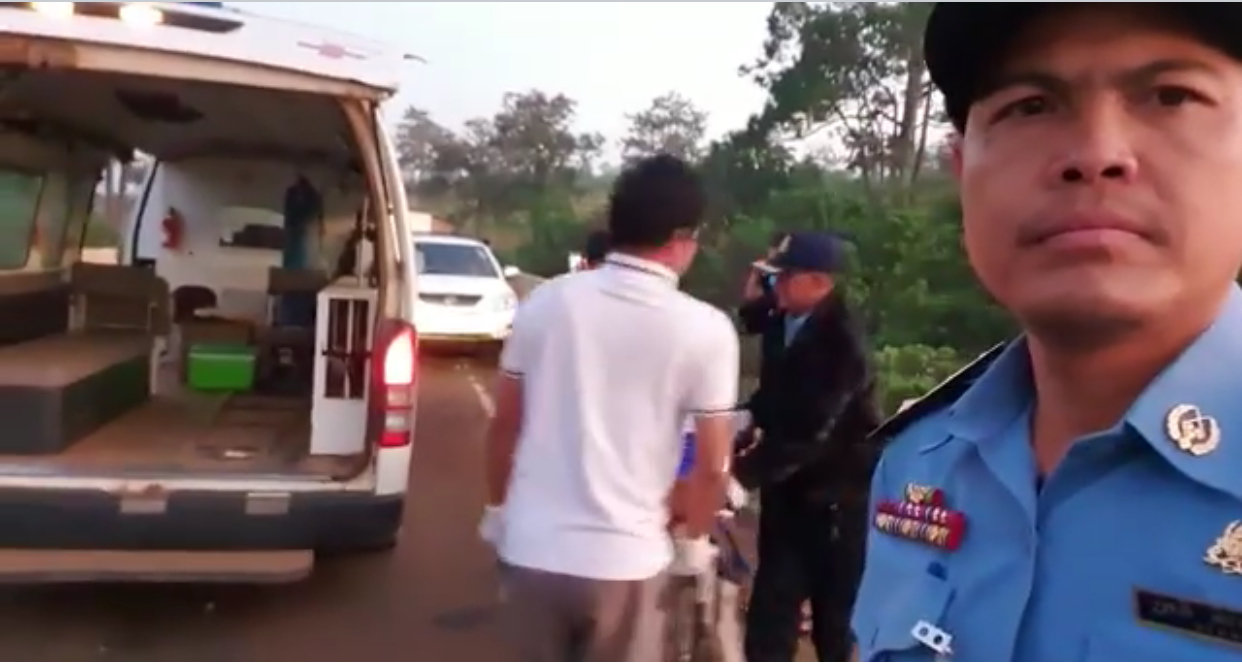