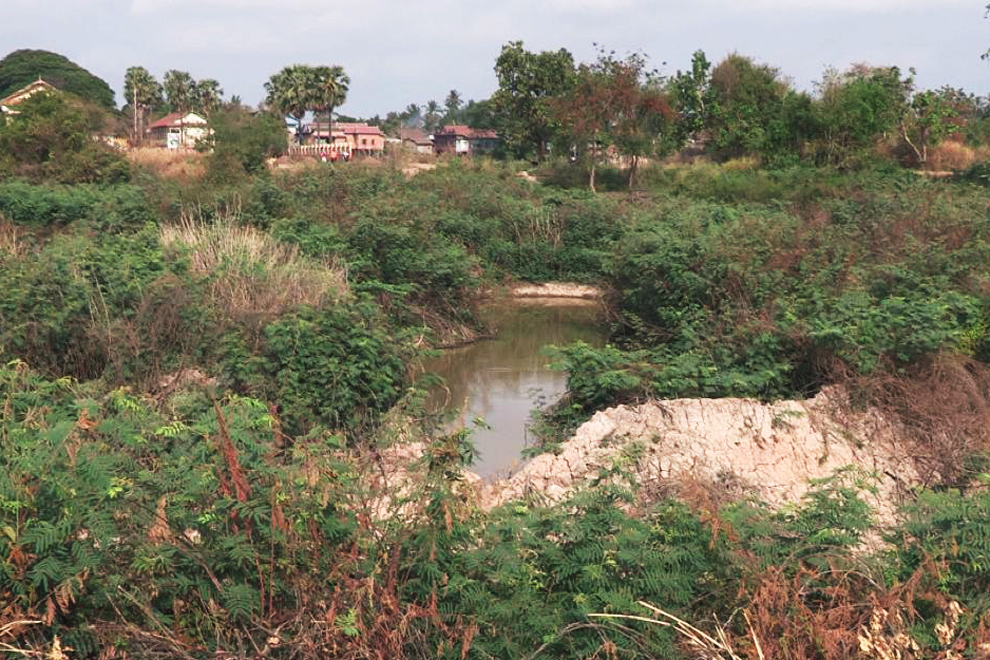 
Kratie: About 30 Families in Two Villages in Krakor District, Kratie Province Propose the Restoration of a Natural Lake 10 hectares to store water, use and irrigate the area around the lake, which was approved by the authorities but required by the owner Lake Reformers fill out the form In accordance with the law.

Horm Sophea, a representative of 30 families, said that due to the changing weather conditions, the lake water dried up for two or three years. So far, two villagers – O'Russey and Krakor Village – have agreed to ask authorities to facilitate a company to help dig the lake. 3 or 4 meters deep To make water reservoirs for use during the dry season.

People want a private company (not properly named) to fill the lake and sell the land to sell it, he said. To those who want to buy. But the company has agreed to help restore the lake land, with the company free of shipping or body service fees. .

“We want the owner of the machinery to help restore the 10 hectares of lake land – we want him,” said Sophea. The land is sold and the owners are free from us or the authorities. "The owner of the factory wants his land for sale, but our people want to restore it to store water."

Kao Channa, chief of the Krakor district, said on March 23 that the authority had approved the restoration of the lake, which is called Boeung Run. However, the owner of the plant must first obtain a license from the Provincial Department of Mines and Energy in order to be eligible for excavation or restoration work That lake.

He added that the owner of the machinery had not yet had a proper business license. So far, the company has been working on a few acres of farmland to transport the land to houses when the villagers are renting, but He did not know the name of the owner.

“We also want to restore the lake, but he did not have the proper equipment because he had not yet had the proper equipment. Do a little business. Therefore, the provincial officials have temporarily banned the machine for him to apply for a license from the relevant institution. ”

Kratie Mayor Seth Bunheng said on March 23 that he had coordinated around the people's request, supporting the restoration. The lake is being repurposed as a spring water storage facility, but the owners are not yet licensed to do business.

The governor added that the lake is now a natural lake with a little water on the bottom of the lake but could not be used for much use. It is advisable to dig a deeper lake so that the water from the lake can be used as needed.

“The lake is wet in the rainy season, but in the dry season there is little water at the bottom of the lake, though we want to pump it. Also, no pump. "If we dig deeper, it will probably take a lot of water."

Kien Khin, chief of Kratie Fisheries Administration, said on March 23 that after the actual inspection of the restoration of the lake did not affect the natural resources. Instead, it is better to serve the farmers' well-being.

“I have already visited and there is no impact on the environment or nature. I understand that if the lake is dug a little deeper, we arrange drainage from the site (avoid sewage) And we have more plants in the water like bamboo or lotus, which is really good. ”

Owners of the project planning to dig the "lake" could not be reached for comment He does not have this valid license yet.

In addition, residents ask Bunthoeun, a housing developer, to help build a new road and properly install a drainage system. Roads without proper drainage system can block rainfall, flood homes, schools and pagodas Over 100 meters from the project The new road and the lake.

Bunthoeun, a representative of a housing developer, could not immediately be reached for comment. But Bunthoeun was quoted by Fresh News as saying that his company had a proper construction law and that the road next to the lake was In his land is properly recognized by the Kratie officials and authorities.

He said that if his company built a road or housing in the plot, then there would be no problem because of the governor of Kratie. The staff and the sub-specialists are already reviewing the impact. But if there is a complaint from the people for the development, he says it will be legal to completely control the land On his own, not allowing transit on the road.