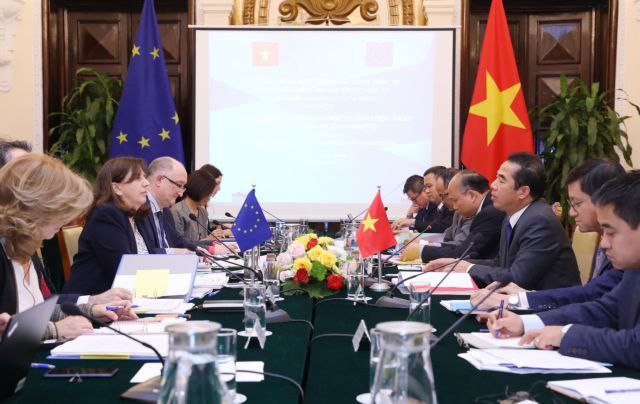 Hanoi – The first meeting of the Sub-Committee on Political Affairs of the Joint Committee under the Framework Agreement on Comprehensive Partnership and Cooperation between the European Union and Vietnam (PCA) was held in Hanoi on Monday.

Deputy Foreign Minister Tô Anh Dũng and Deputy Managing Director of the Asia-Pacific Region of the European External Action Service (EEAS) Paola Pampaloni Co-chaired the event, which came after the European Parliament ratified the Free Trade Agreement between the EU and Vietnam. Vietnam (EVFTA) and the EU-Vietnam Investment Protection Agreement (EVIPA) on February 12.

Both heads of the delegation were delighted at the active development of Vietnam-EU relations in more than three decades with the realization of the results of the first meeting of the Joint Commission in Hanoi in May. Hope for comprehensive cooperation.

Dũng asked the two sides to increase the exchange of delegations at all levels and to organize the event to celebrate the 30th anniversary of diplomatic ties. Update: October