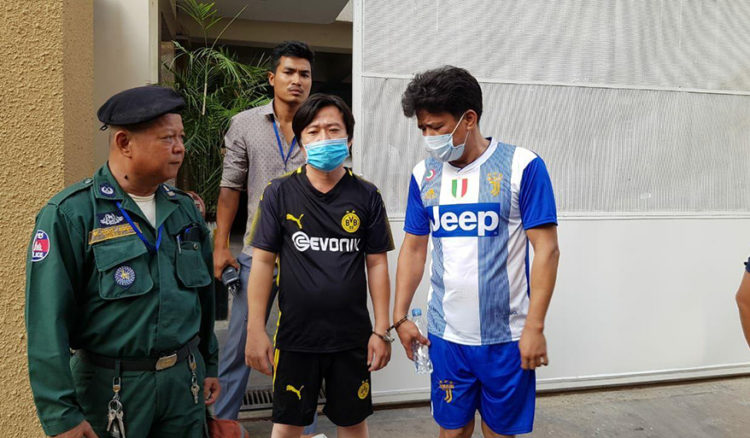 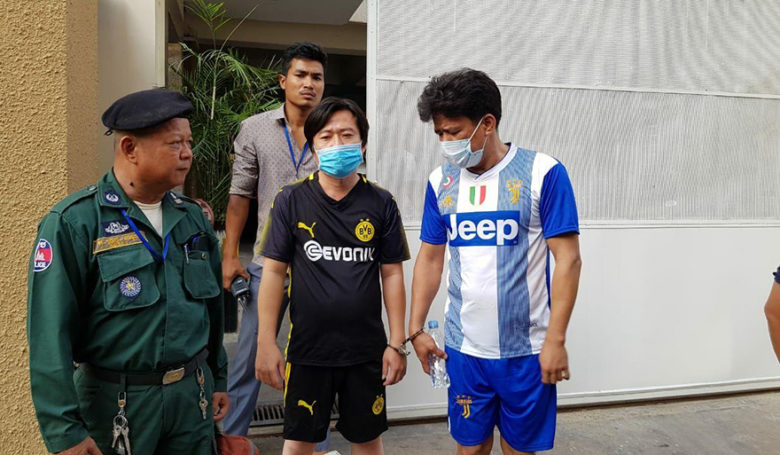 Phnom Penh Municipal Court Deputy Prosecutor Kuch Kimlong on May 1, 2020 Two Union Presidents Charged Over Extortion of $ 50,000 from Factory Owners In exchange for not leading workers on strike The factory suspended work.

The two were Khun Bunlay, a 37-year-old male president of the Khmer Union and the other was Cheng Nuon. 38 years old president of the Cambodian Labor Confederation According to the report, the two of them also had substance abuse.

It should be highlighted that on April 27, 2020, Kompong Pol district police detained two union leaders as they threatened Request from the boss of Sky Nay International International Co., Ltd. at Vil Sun Special Economic Zone, National Road 4, Phsar Village Each apartment in Kambol district, Kambol district, is US $ 50,000 In exchange for not leading workers to protest when factory suspended workers during crisis crisis -19 The.

The two were arrested in response to a Chinese lawsuit
Who was the factory's boss and brought to trial and sent to the Phnom Penh Municipal Court on the morning of April 30, 2020 By law.

By the afternoon of May 1, 2020, the deputy prosecutor in the case had decided to indict the two union leaders Officially for extortion related to extortion of $ 50,000 from factory owner.

After the prosecution's representation, on the afternoon of May 2, the case was remanded to the investigating judge for a detention. Both have been temporarily jailed. (Edited by: Bopha)