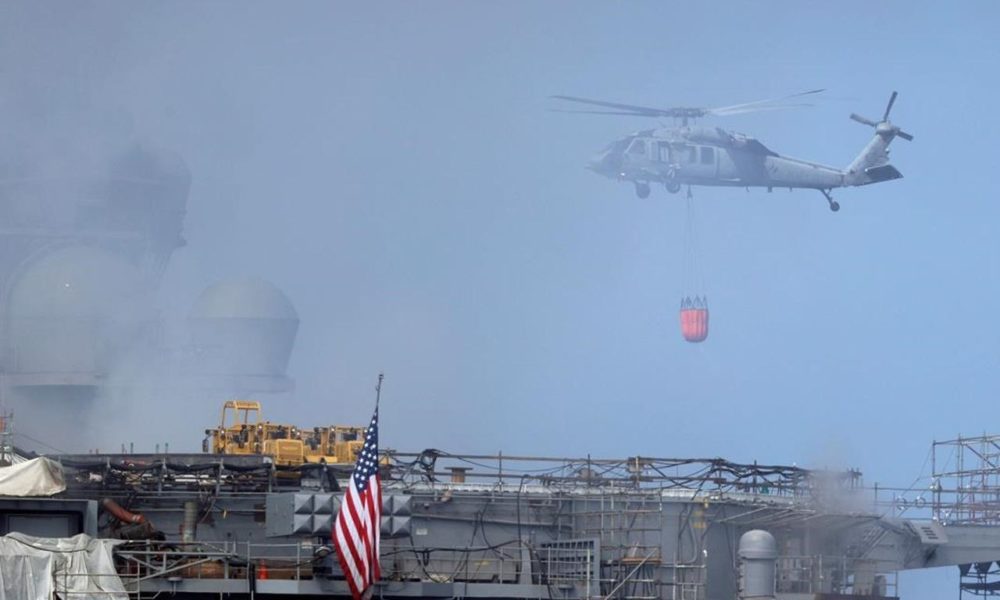 Hundreds of crew and firefighters continue to put out the blaze on the USS Bonhomme Richard for the third day in a row at the San Diego Naval Base in California. The flammable vessel is now stable and safe, he said.

Admiral Philip Sobeck, commander of Expeditionary Strike Group 3, said in a statement, "For more than 48 hours, you have been able to do this. "Brave sailors from all over San Diego have been working tirelessly with the San Diego Fire Brigade to control the blaze."


"We investigated four major engineering sites and found no major damage," he noted. "There is no threat to the fuel tank under the active flame or heat source."

One million gallons of oil was reportedly stored on the Wasp-class amphibious attack ship docked in San Diego.