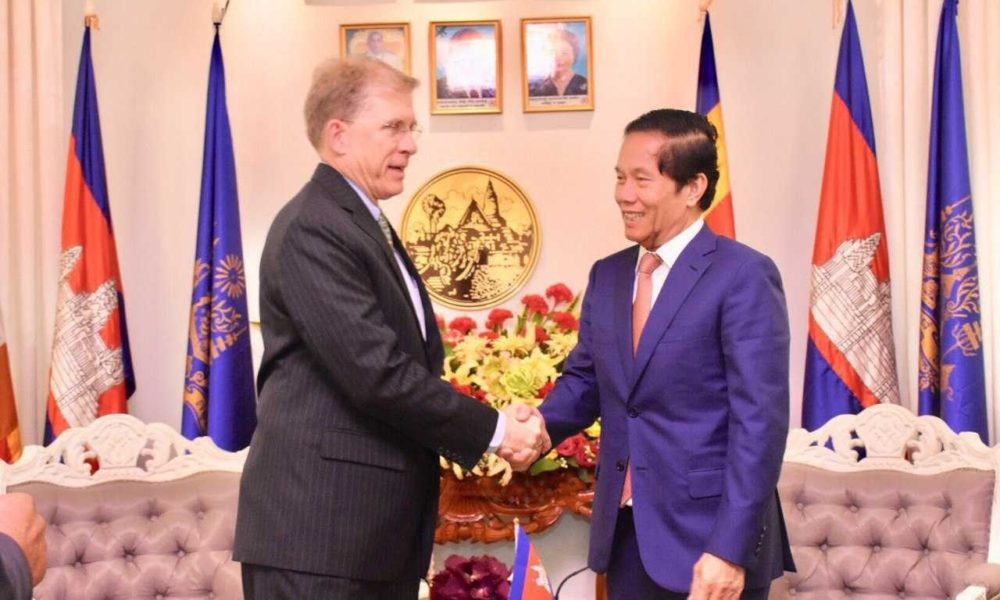 The US Ambassador to the Kingdom of Cambodia, HEW, Patrick Murphy, praised Phnom Penh's progress and good security, especially to better guard the embassy's staff. In addition, the 70th anniversary of diplomatic relations between Cambodia and the United States is well maintained.

During the meeting with Phnom Penh Municipal Governor Koung Sreng on the afternoon of February 4, 2020, Mr. Proup Murphy expressed his appreciation for the development with good security and considered Phnom Penh as one of the cities. ASEAN, which is planning a smart city project by the US, will have the benefit The benefits for all of central Phnom Penh and other cities.

Regarding this smart city, the US Ambassador to the Kingdom of Cambodia said that Cambodia has three cities: Siem Reap, Battambang and Phnom Penh.

The US side also pledges to train human resources around the smart city with a technical training program on waste.

Khuong Sreng also mentioned the Pol Pot regime, which had brought Cambodia to a point of desperation, but with the efforts of the Royal Government, Cambodia has now made progress in all fields. As well as the development of Phnom Penh, Phnom Penh also faces challenges such as traffic congestion and environmental issues which Phnom Penh has been working on.

He added that for security, it is better to see that Phnom Penh is safe, but another challenge that is of particular concern to Phnom Penh is the traffic accident which kills and damages property daily.

As for the rubbish issue, he added that in the next 6 to 7 months, the problem will be better.