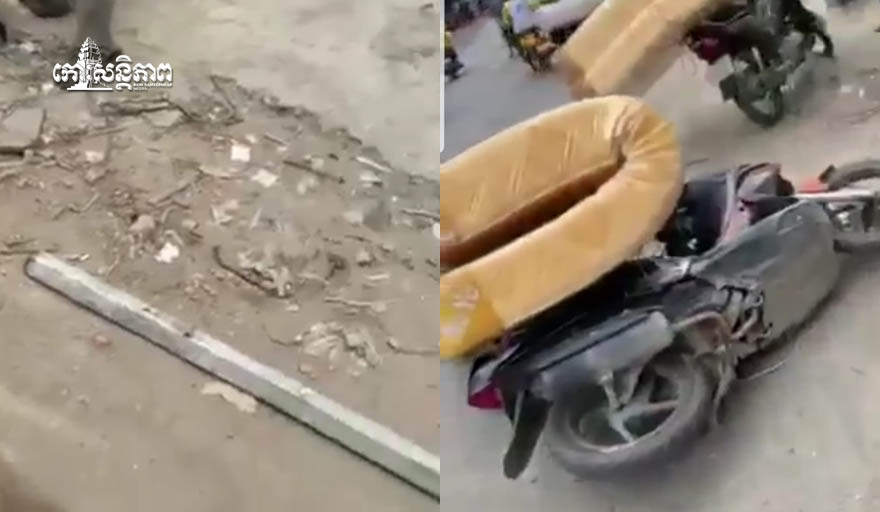 "We are a project Unique AndFirst of allIn CambodiaWin the Best Condo Project Award in Asia AndFive other awardsProvided by Asia Propery Guru. I am confident to say that Urban Village is the best-selling mixed-use development project in Cambodia and it is the best development project in Cambodia with international standards of construction quality and design, ”Catherine said. Speech. Catherine Chan, Executive Director of Urban Village, added that Urban Village has a total investment of $ 10 billion and during the last two years we have sold more than 2,000 units. She added that the crisis of the Covid-19 did not have a significant impact on project sales.

In the same year, in November, Urban Village broke the record to become the first project in Cambodia to win an award. "Asia's Best Condo Project” At the 2019 Asian Real Estate Awards held in Thailand.

“Sky Prime Building H will be the tallest building along Samdech Hun Sen Boulevard, facing a beautiful garden, magnificent city view and beautiful Bassac riverfront. In the Urban Village project, you do not have to leave the building and you can still get the services and products you need from all the retailers located in the building, ”added Catherine.

According to David Cole, Chief Architect of Urban Village, the Urban Village project was designed by an architectural firm in the UK, and the Urban Village developer aims to offer a new living option. Focusing on the community, especially to encourage communication between the occupants of the building and to meet the huge housing needs for the rapid population growth in Phnom Penh.

David added that the Urban Village project has been designed with the utmost care, combining the traditional lifestyle of the Cambodian people with modern living. “The key to attracting customers with this project is to create a sense of community living. Therefore, it is very important to incorporate as many features into the design of the project as possible, such as: swimming pools, shops, offices, parking lots and community spaces that can allow you to live. "In the building, we can communicate better with each other."

Each unit in the Urban Village project has been carefully designed to provide residents with a one-on-one luxury living experience at an affordable price. Each unit is perfectly designed, both inside and out. Each unit is large in size and designed with flexibility that allows customers to customize to their liking.

Urban Village is a green development project with the largest garden area.

45% of the total development area of ​​the project is set aside as a green space to provide a sense of closeness to nature, even if the project is in the city. Every five floors in the building there is a common garden where residents can relax and chat with their neighbors if they do not want to go outside. Units in Sky Prime Building H vary in size from one-bedroom, two-bedroom, three-bedroom and duplex loft for just $ 1,750 per square meter, the lowest price in the world. In the area.

The only condo project in Phnom Penh with 100% ventilation and natural light.

According to Catherine, Urban Village Phase II is the only modern condominium project in Phnom Penh that features 100% ventilation and natural light in both the bathroom and kitchen. This system will not only reduce the environmental impact, it will also reduce the cost of electricity for residents while they live in peace. What’s more, each unit has at least one porch. “Urban Village is the only project in Cambodia that is equipped with ventilation and 100% natural light. Many developers may not pay much attention to this and eventually it will affect the quality of life of the unit owners, ”added Catherine.

"In the Urban Village project, you can really live, work and play in one place with affordable housing and a wide range of facilities in the new landmarks of the Kingdom of Cambodia," said Catherine. For more information about Urban Village project, please contact 017 999 531 or 017 999 541 or email live@villagephnompenh.com . Collaborative Articles