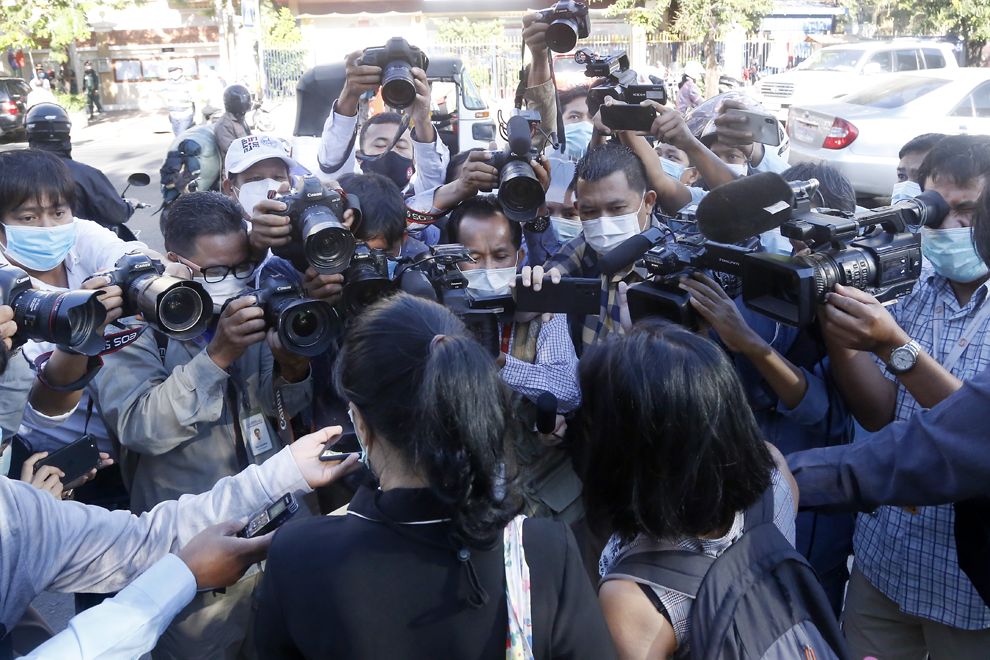 
Phnom Penh: To improve the safety of journalists in line with international standards, UNESCO has launched two books in Khmer: A Guide to Safety Journalists and Kovid 19 on the role of actors in the justice system in protecting and promoting freedom of expression Le Royal Hotel from January 25.

Mikel Aguirre Idiaquez, UNESCO expert on media development and freedom of expression, says the Guide to Journalist Safety has The small shape can be attached. This book is about personal safety checks, readiness, and adapting to personal problems. In particular, access to information in conflict areas, human rights issues, environmental issues or protection of natural resources.

"Obviously there is talk of personal safety, physical safety before going to the news, what to check sometimes to an area," he said. Before going down, what should we consider and if a problem arises, we react How? ”

According to Mikel in the handbook, there is a section on digital security that shows how to make records and sources available. Security. In addition, the challenges of women journalists are also mentioned, as this is an additional safety challenge when women practice Work that can be challenging and sexually harassing.

Kovid 19 on the role of actors in the justice system in protecting and promoting freedom of expression contains useful guidelines for Judges and courts, both national and international, to ensure the implementation of international human rights standards. Regional Focuses on Freedom of Expression and Privacy at Trial on Cases Related to the State Response to the 19 Provinces Impact on freedom of expression, freedom of the press, access to information, privacy and security of journalists. According to Mikel.

"This document is very important, especially for our colleagues, our friends who are lawyers, as well as the institutions that work," he said. With journalists as advocates, it is also an important document for the Ministry of Information seeking to develop a response strategy for fake news. ” .

Soeung Senkaruna, spokesman for the human rights group Adhoc, said the judicial process was not yet as effective as it could be at present. Cambodia has three levels of courts: the Court of First Instance, the Court of Appeal and the Supreme Court. There are judicial oversight bodies, including the Supreme Council, the Magistracy, and other oversight bodies that operate in the judiciary.

"It involves individuals working without independence, without goodwill, daring to use their power properly," he said. It's a problem we all see. The same goes for the institution, the rule of law, not just the executives, but all the executives. Independent or not? ”

Kong Pisey, senior lawyer for the Cambodian Center for Human Rights, said that the implementation of the work in the judiciary is still not clear because of Some of the allegations seem inaccurate due to the lack of specific evidence.

"Allegations like incitement to commit a crime, we see that incitement has to have an instigator and a perpetrator," he said. "If you just tell someone but have not committed any crime, the accusation is not correct."

Chin Malin, spokesman for the Ministry of Justice, said that the mechanism of law enforcement, whether political activists or anyone else, to commit crimes in Legally and with a strong foundation, the relevant authorities will make the allegations and proceed with the procedure.

"Raising in the sense that it is unacceptable to perform the work of the judiciary is their political intention in Protection of political activists who commit crimes and are responsible for facing the law in Cambodia, where they work to protect them but have no "The legal basis is strong to protect."