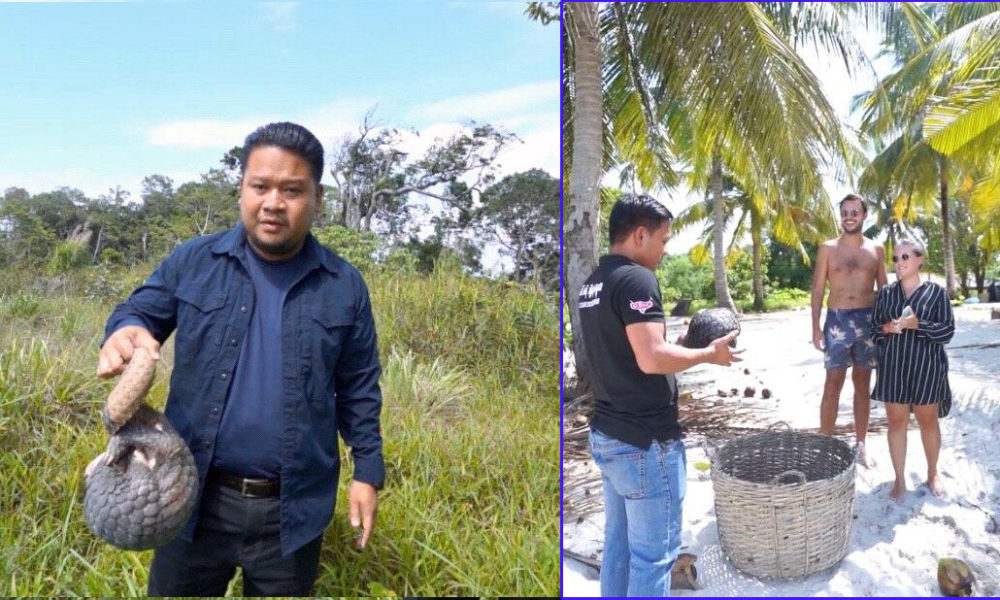 Preah Sihanouk: Oknha Tep thanked Foreigner as a ranger manager in Koh Rong for joining tycoon in conserving wildlife by handing out a pangolin to be released in the wild. .

According to the foreigner, the pigeon saw him coming into their raid and seized, fearing that someone else had been killed and contacted tycoon Tep Vichit. Give him to Oknha to release him back to the wild.

The source also said that he volunteered to hand over the pigeon to Oknha because he had seen the actions of tycoon Tep Vichith through the video of his actions.

In addition to thanking the foreigner, a Rizot manager in Koh Rong, who has delivered the pangolins to be released, he also appealed to citizens of all communities to help protect the wildlife or all rare species. By not hunting, do not kill will also contribute to the society in the care of animals and the environment.