Two workers from the cave caved in and killed a caveman who was struck by a rock. 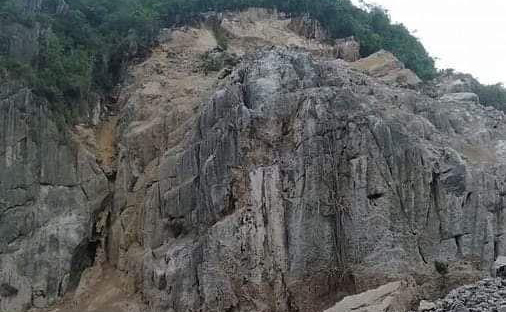 Two workers from the cave caved in and killed a caveman who was struck by a rock.

Kampot Cement factory worker dies after accidentally blowing up a rock at 4 pm 40 pm on May 29, 2020 at a mountain spot in the village of Bangsang, Khum Bang, Kampot Province.

The two workers who worked in the Cang Mount Cang (Thai Bun Rong factory) were killed in a rubble, while two victims went up in the mountain to make concrete for the production of cement, police said. In the factory.

Both victims' bodies have now been found and handed over to the family for a traditional funeral.
In addition, the Thai Boon Roong Company offered $ 35,000 in compensation for each funeral and 4,000,000 riel for the funeral.