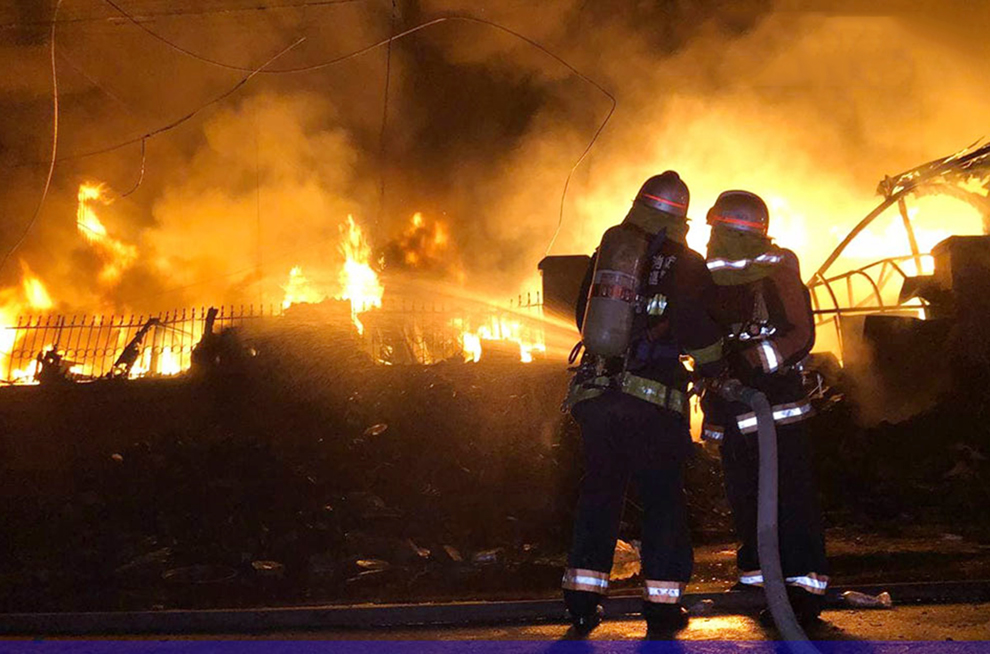 
Phnom Penh: Two men died in a fire at a warehouse of Long Phuong Company located in Sangkat Tuol Svay Prey 1, Khan Boeung Keng Kang On the morning of January 29, 2021. This is according to the words of the Phnom Penh Fire Brigade yesterday.

"According to preliminary conclusions, the deaths of the two victims may have been caused by falling asleep and being poisoned," Yorn said. "Smoke after the fire that night because all the goods are made of plastic."

Sources from the people near the scene claimed that before the flames came out, they smelled strong, then Flames erupted from the warehouse and an explosion occurred. However, so far, officials have not confirmed the exact cause of the fire. No, not at all.

"At this time, our professional officers are investigating further on this case," Yorn said. According to a report from the fire police, about 90 percent of the goods in the warehouse were damaged and a number of nearby houses were damaged. 3 flats. Authorities used 45 fire trucks to help.