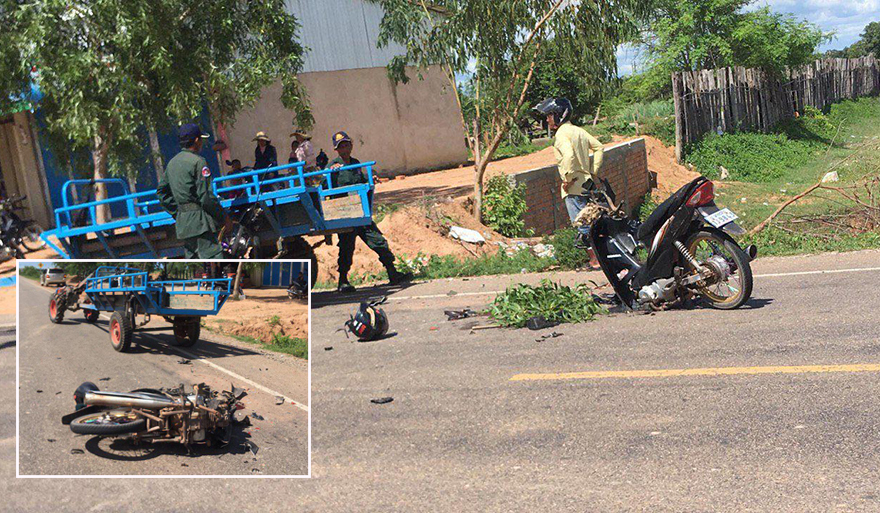 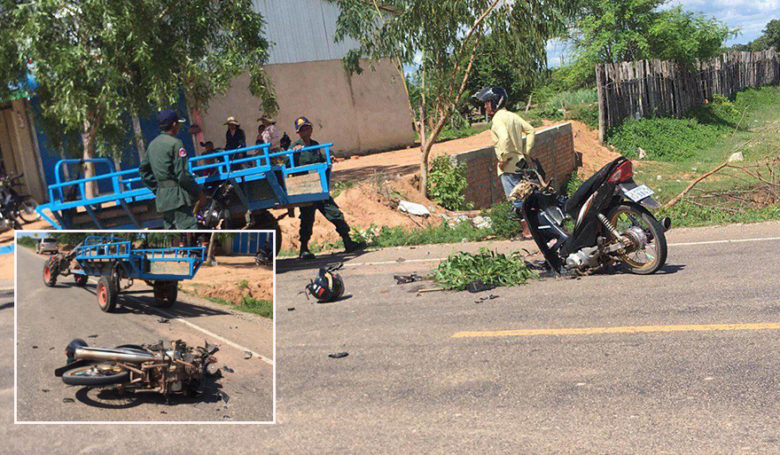 The above traffic accident happened at 2:10 pm on July 13, 2020 at In front of a gas station along National Road 68 between km 20-21 in Tapang village, Sen Sok commune, Kralanh district Siem Reap.


The district police chief said that before the incident, the two soldiers were seen riding a motorcycle in a taxi. At high speed in the direction from south to north, when he reached the scene above, he hit the rear of the bulldozer. One vehicle was parked on the side of the road, causing the death of the motorcyclist, while the passenger was seriously injured and the motorcycle was badly damaged. The driver of the scissor lift escaped, leaving the scissor lift slightly damaged at the scene. .

After the incident, both motorcycles and bulldozers were taken to the Sen Sok Administrative Police Station to be handled. Procedures. The seriously injured were taken to Kralanh District Referral Hospital, while the body of another victim was taken to Kralanh District Referral Hospital. Expert force handed over to the family to take to the traditional festival. (Edited by: Thida)