Two organizations, in collaboration with the Ministry of Interior, promote women's empowerment projects 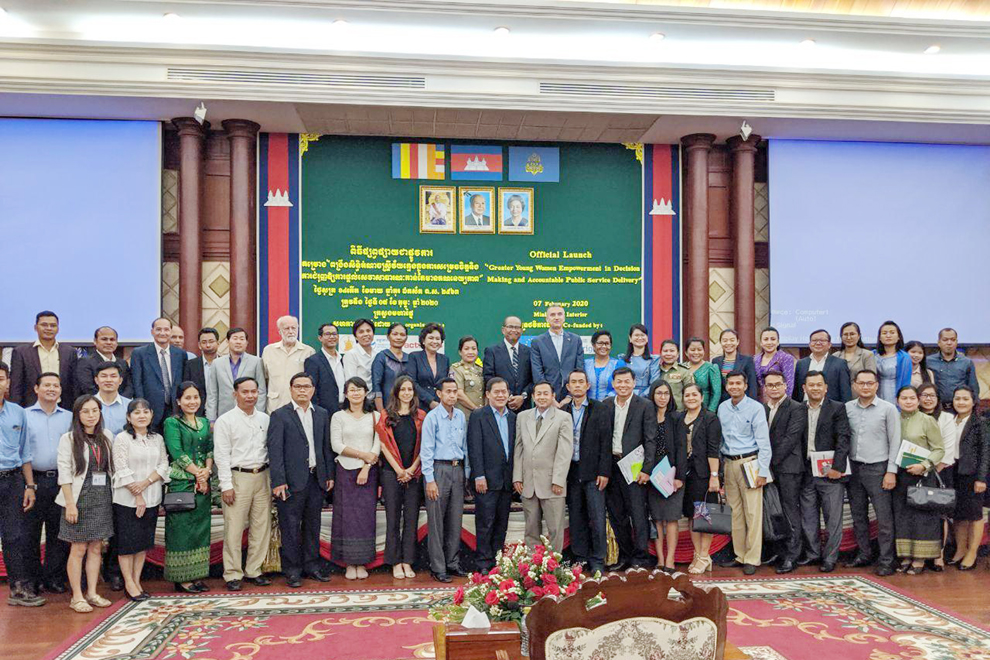 Two organizations, in collaboration with the Ministry of Interior, promote women's empowerment projects


Photograph: Pha Lina / Phnom Penh Post Transparency International Cambodia (TI Cambodia) and ActionAid Cambodia, together with the Ministry of Interior, announce the launch of a project to empower young women. It's three years to make the decision to push for better public service.

The project on "empowering young women in decision making and promoting greater access to accountable public services" was announced February 7 at the Ministry of Interior with the participation of government officials, sub-nationals and civil society organizations.

Transparency International Cambodia says the three-year project is funded by the European Union and the International Development Cooperation Agency. Sweden, from January 2020 to December 2022, which aims to build capacity of youth and public service providers.

Im Norin, program director of Transparency International, said the project would also provide young people, especially women, with a mechanism to exchange views. And address its needs as well as find solutions to enhance public service delivery more accountable and meet the needs of the people .

He added: “This new project is to expand and further the implementation of the first phase of the Governance School (2016-2019) by Transparency International. And the Ministry of Interior has been working together to build and strengthen the capacity of public officials at the national level and public service providers at the sub-national level on good governance to Promote Provide public services, transparency and accountability at the sub-national level.

Ngy Chanphal, a secretary of state at the Ministry of Interior and chairman of the School Governance Project, said the project will work with the Cambodian government to deepen the reform process. Is an active contributor to the Royal Government of Cambodia's implementation of the D&D policy; The continued strengthening of democratic development in the sub-national level.

“We come together to formally announce the implementation of the project for empowering young women in decision-making and promotion,” he said Public service is becoming more accountable within the framework of the School of Governance project.

Through this practice, Chanphal hopes: “All stakeholders at the national and sub-national levels and civil society development partners will continue to cooperate. In a spirit of accountability and trust, the push for a more effective reform process is desirable Of the Cambodian people Yes.

According to Transparency, the project on empowering young women in decision-making and promoting the provision of more accountable public services will provide To target groups in Chamkarmon, Phnom Penh, Siem Reap, Stung Sen, Krakor and Pursat, Chhouk and Kampot counties, as well as some districts Oddar Meanchey, Battambang, Prey Veng and Koh.