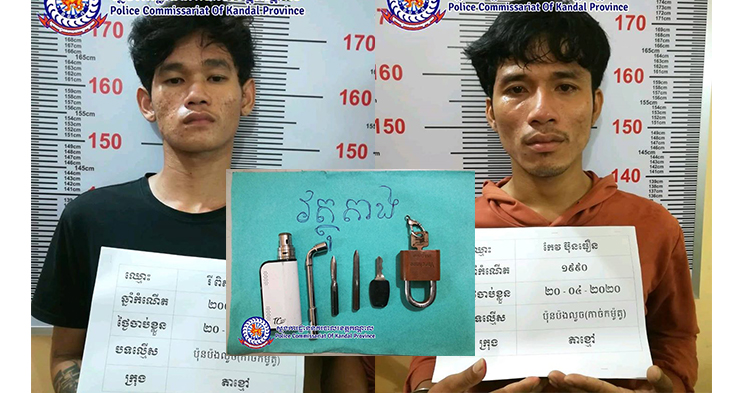 
Central: Takhmao police have arrested two suspects for attempted murderThe accident happened on April 19, 2020, at 23:30, at the point of Crocodile Village, Prek Russey Village, Takhmao City, Kandal Province. Of the two thieves, one was jailed for 18 months for stealing a motorcycle. 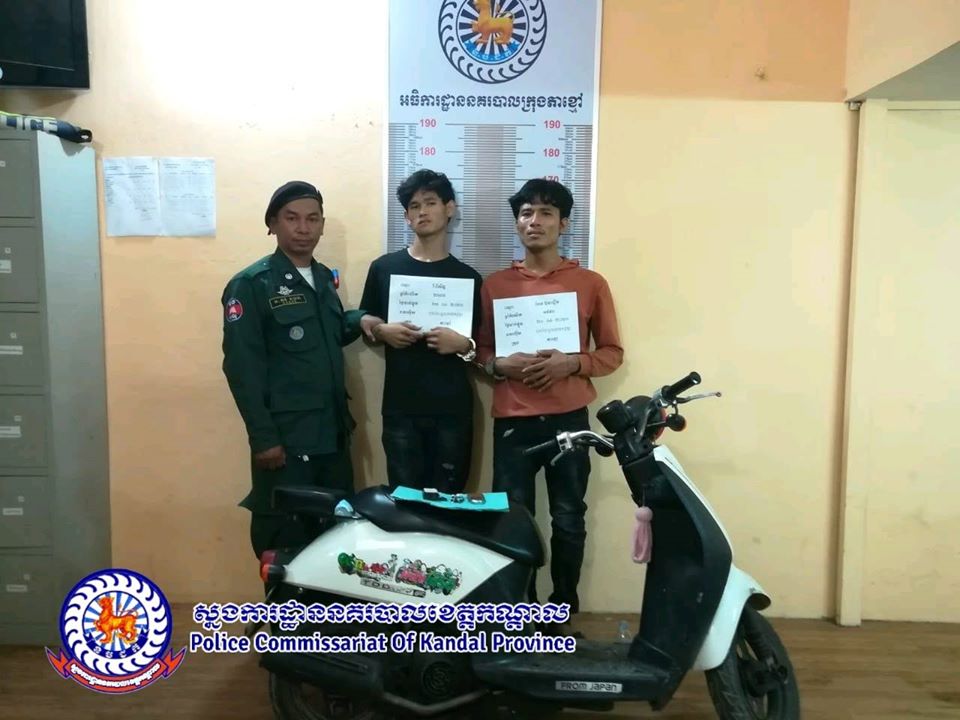 
Takhmao police have described the incident, saying that at the time of the above incident, Prek Russey police forces patrolling the spot. The two suspects were riding motorbikes back and forth on suspicion and chased when the suspect, Keo Bunthoeun, dropped the exhibit. Immediately dismissed, authorities arrested him The two suspects, along with the evidence, are forwarded to the Takhmao city police chief for questioning and further proceedings.

The suspect, Keo Bunthoeun, was jailed for 18 months for stealing a motorcycle in 2013. 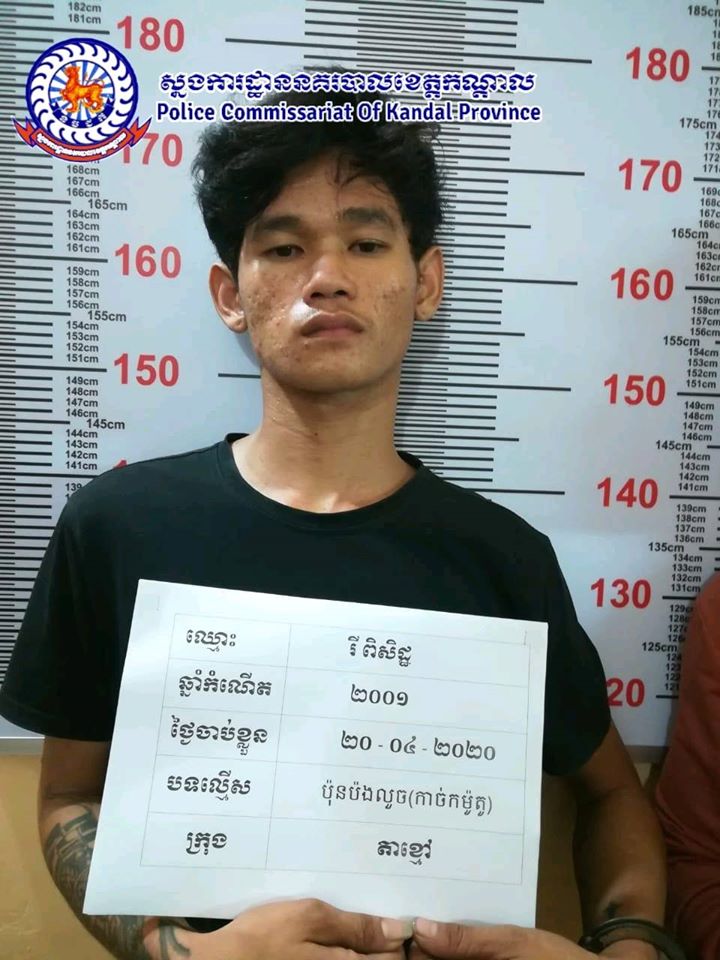 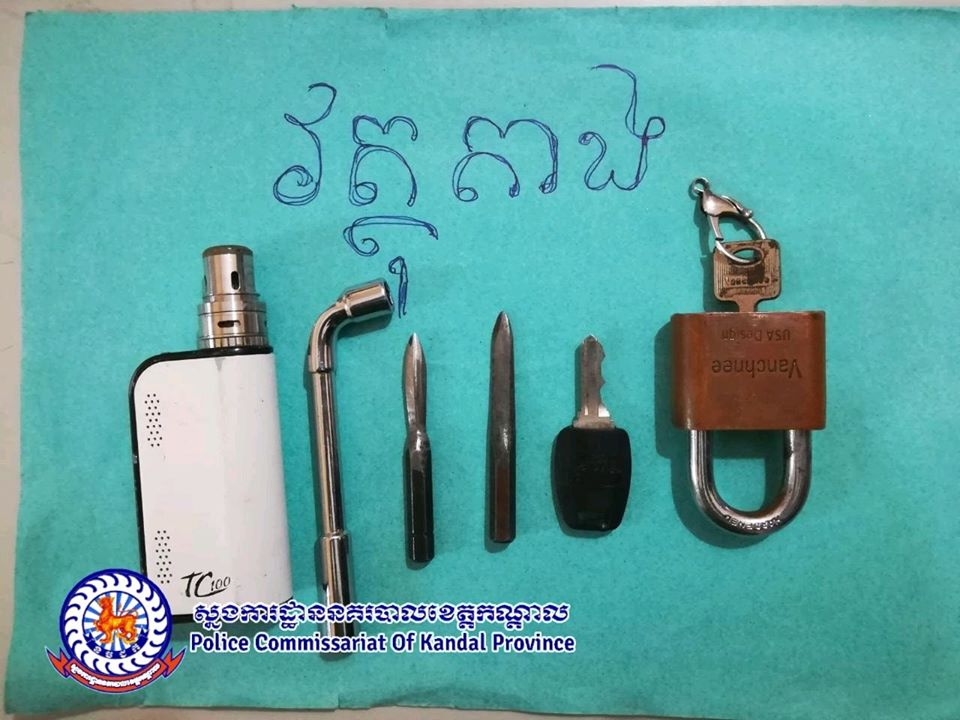 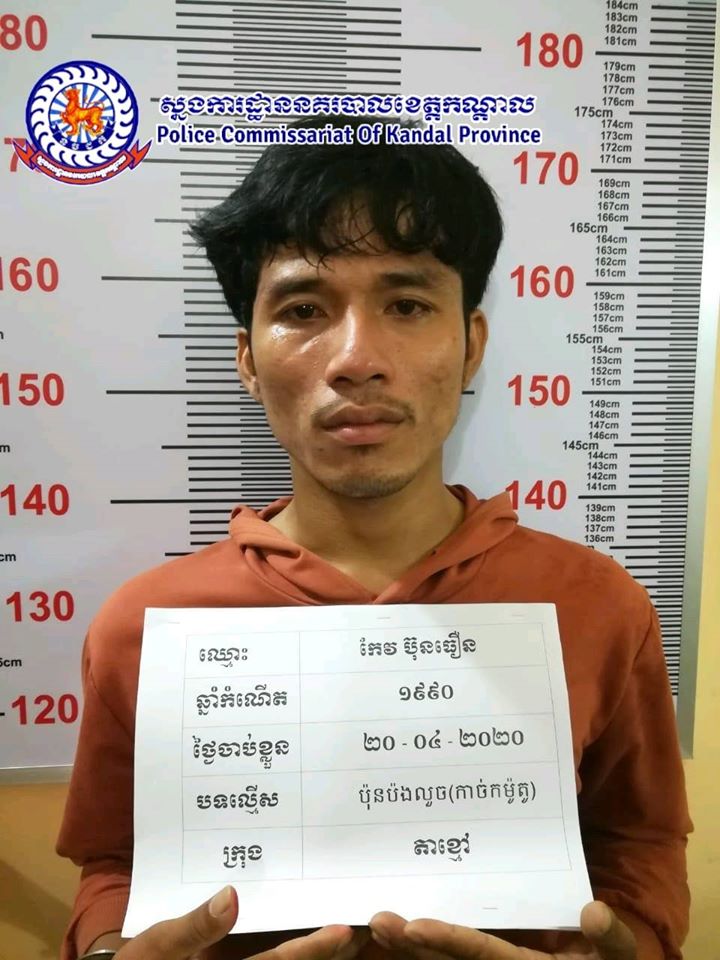