Two more were infected with Kovid 19 while the Ministry of Health also conducted a second test on those involved in the Nov. 28 incident. 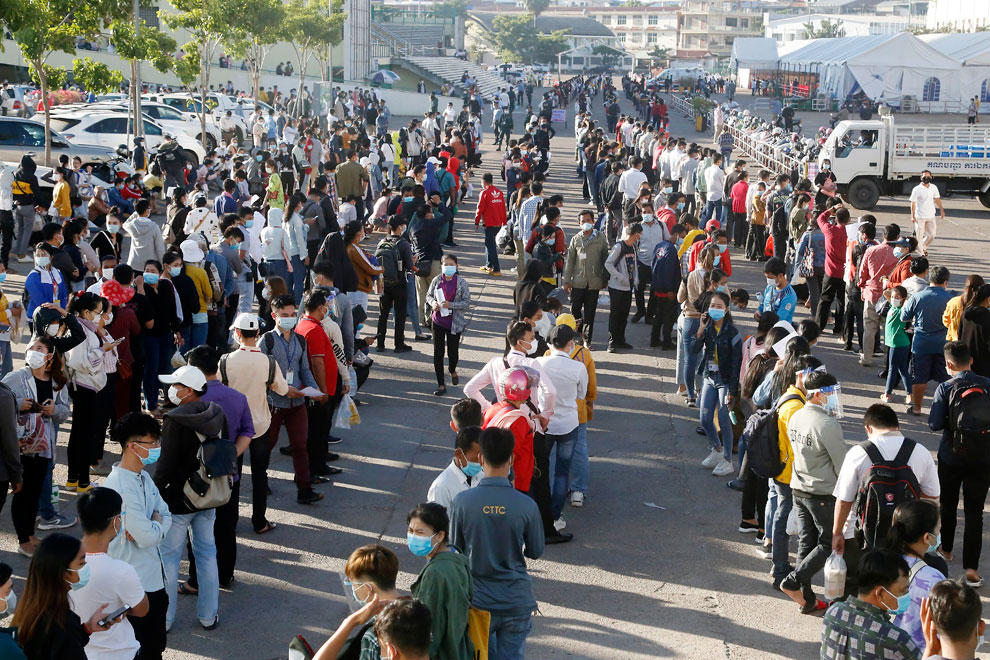 Two more were infected with Kovid 19 while the Ministry of Health also conducted a second test on those involved in the Nov. 28 incident.


Phnom Penh: Two more people involved in the Nov. 28 community event were found to have 19 positive Kovid tests, according to the Ministry of Health. The second test was conducted for those involved in the event yesterday in Phnom Penh and other provinces.

According to a press release from the Ministry of Health yesterday, 19 positive Kovid cases were found in Srian Kim Srun, age The 22-year-old resident of Wat Phnom, Daun Penh, a law student at the Royal University of Law and Economics, visited Zando Boeung Keng Kang yesterday November 27 and Eam Thida, 35, resident of Sangkat Boeung Tumpun, Khan Meanchey, who visited Pedro on November 27.

On December 7, 2020, the Ministry of Health took samples from officials at the Ministry of Interior for those who have not yet been tested for the first time. At the end of November, more than 2,000 samples were tested and those who had already taken the first test were asked to do so. The second test took place yesterday, which included Interior Minister Sar Kheng.

It should also be noted that the first test was conducted on November 29 after 19 positive Kovid cases entered the community. Found on Ms. Heng Kong, wife of Mr. Chhem Savuth, Director General of the prison. More than 10,000 people who took the first test came for the second test today. Also, the Ministry of Health, together with the Department of Health, has organized according to the designated locations. 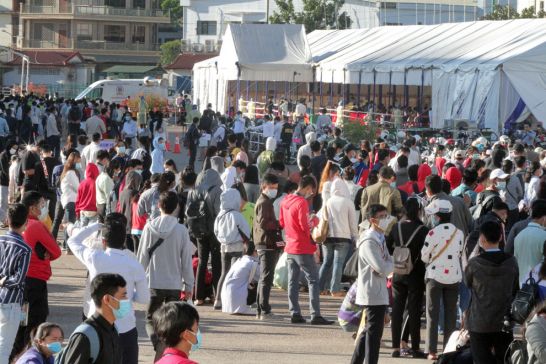 Officials from the Ministry of Interior and citizens wait for the Kovid test at the stadium. Heng Chivoan

Separately, on December 7, Mr. Mam Bunheng, Minister of Health, requested all capital-provincial leaders to strengthen the management of Chatalysak and continue Additional warning on the implementation of measures to prevent the eventual transmission of Kovid 19 virus in the business of selling goods or providing services Such as supermarkets, pharmacies, shops, banks, hotels, restaurants, barbershops, beauty salons and shops in the markets.

Mr. Mam Bunheng said on December 7: "Please all governors to continue to pay high attention. In the management of 14 days of pilgrims and the management of passengers entering Cambodia through land, water and air through the port International and all corridors.

The minister said that everyone must adhere to the "3 do" measures: Do not go to a closed place, no air in and out and use the machine Do not go to crowded places or gatherings or gatherings and do not stay close to each other. Touching or hugging or holding hands, etc., using the salutation method, raising hands as a sign or nodding, and keeping a distance 1 meter and a half or more.

As of today, there are 350 people with HIV 19 (82 women) in Cambodia, including those who have been cured. There are 307 patients and 43 patients are being treated at the Khmer-Soviet Friendship Hospital and Chak Angre Health Center.