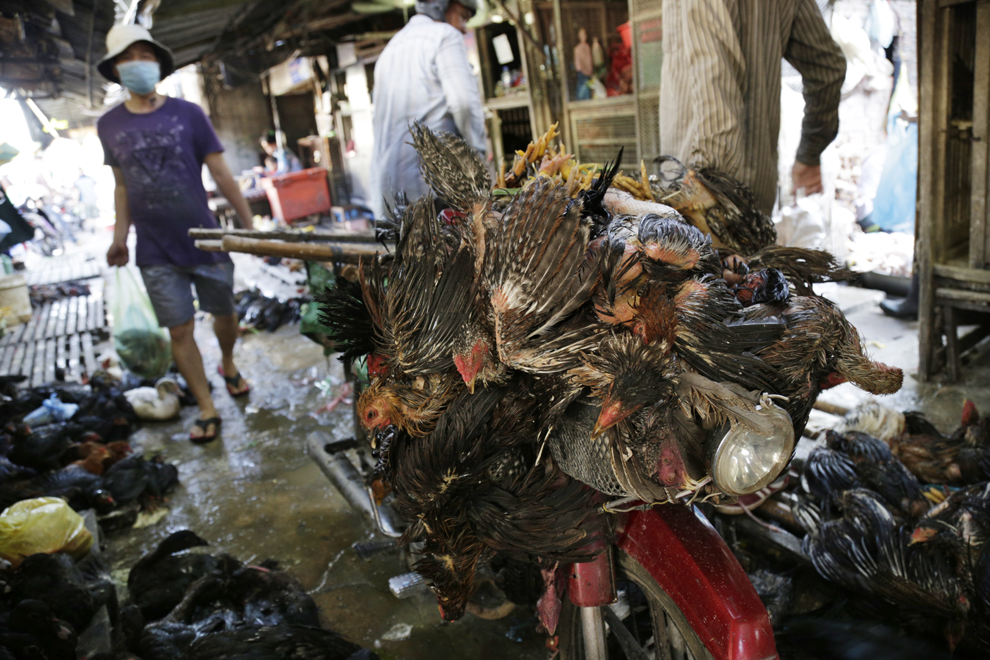 
Phnom Penh: Every year before the Chinese New Year, the Ministry of Health and the Ministry of Agriculture, Forestry and Fisheries are reminded to check the hygiene of animal transportation. Birds and pigs and the implementation of measures to maintain health, safety and prevention of bird flu.

Mr. Mam Bunheng, Minister of Health, reminded all people to be careful to protect their health from seasonal bird flu. Festivals and ancestral ceremonies during the traditional Chinese and Vietnamese New Year this February.

"I urge the United States to take steps to prevent the spread of bird flu," he said on January 29. Eventually. Therefore, people should wash their hands often with soap and water before eating and after contact with poultry.

"Stay away from sick or dead birds or places where the virus is known to be circulating. Do not eat sick poultry," he said. Or dead and all poultry made for eating must be cooked well and make sure you all wash your hands with soap and water. Clean water before eating and after contact with poultry.

According to the Ministry of Health, the bird flu virus usually circulates among poultry, which includes H4N1, H5N6, H7N3, H7N7, H7N9 and H9N2, which can be transmitted to humans. And cause bird flu. Now that the virus continues to circulate indefinitely, it is a public health concern.

The bird flu virus continues to be found in animals and the environment, and the risk of transmitting the bird flu from animals to humans is high. Outbreaks appear to be exacerbated during pregnancy and in patients with defective immune systems. That's right.

"If the bird flu virus is suspected with common symptoms such as fever over 38.5 degrees Celsius, coughing and shortness of breath and a history of exposure," he said. Poultry sick or dead during the 14 days before the symptoms and call 115.

Meanwhile, officials from the General Department of Animal Health and Animal Production of the Ministry of Agriculture also issued a circular on Monday, February 1. This year 2021 is related to strengthening hygiene in the transportation of poultry and pigs during the traditional Chinese and Vietnamese New Year.

"We monitor animals, animal health and biosecurity practices where we spray pesticides on transportation," he said. . In addition, we will strictly enforce the pesticide spraying on the farm and health inspection of animals before transport. "Out of the farm."

In addition, Mr. Phan Nara also established a telegraph communication team to all departments and professional officers in 25 provinces to promote Control and spraying of disinfectants. He also called on people to be careful when killing animals by wearing gloves. .

However, Mr. Phannara stressed that at this time, as there were no outbreaks of infectious diseases, there was nothing to worry about. But the implementation of personal hygiene measures must always be done, no matter what the circumstances.

According to the Ministry of Health, bird flu (H5N1) is still circulating on some poultry, and from 2005 to 2014, Cambodia had There were 56 cases of H5N1 bird flu, including 37 deaths.