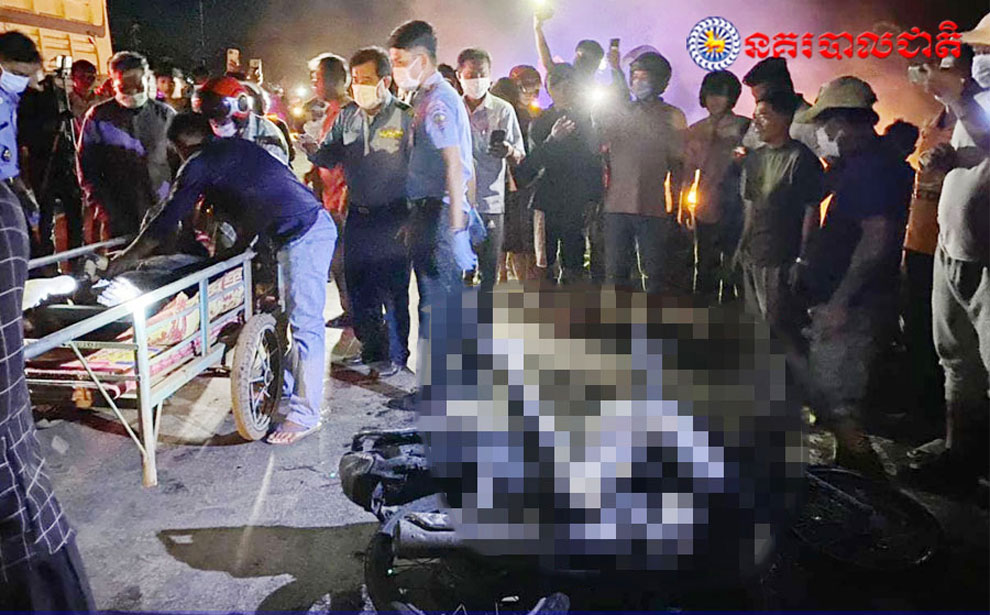 
Battambang: Two men died in a fire after two motorcycles collided on National Road 57. In Damnak Luong village, Sangkat Watkor, Battambang city, Battambang province. This is according to the claim of the competent police.

Mr. Vandy confirmed: "According to the explanation of witnesses near the scene and who saw the incident of the traffic accident caused the fire. Starting from the victim named Lan Ho. He was seen driving a motorbike carrying gasoline and turning in the opposite direction or a traffic sign to collide with another motorbike, causing the victim to fall. Pressed on each other and exploded gas canisters on a fire pit near the sidewalk, causing the two victims to burn. He died at once. ”

According to Mr. Vandy, after the incident, the bodies of the perpetrators and the victims of the traffic accident were handed over to the relatives for the traditional ceremony and Decided to close the case without further investigation, claiming that the perpetrator and the victim had all died in the incident. . Experts consider traffic accidents to cause fires that cause death as a rare case.