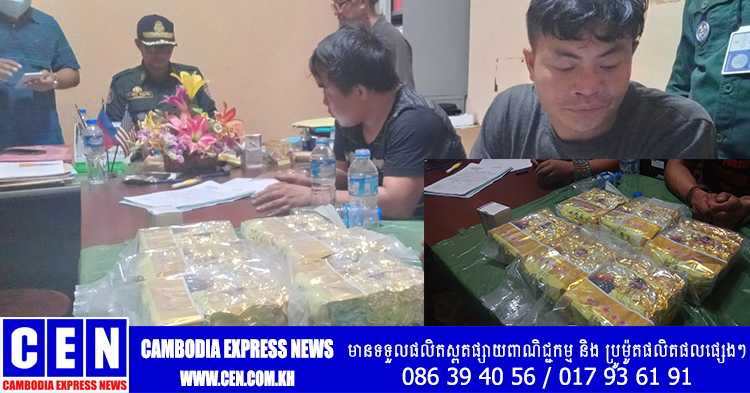 During the operation to crack down on cross-border drug trafficking, the police confiscated six packages of drugs with evidence in a suitcase. After detaining the two Lao nationals along with a drug and a suitcase, the police sent the suspect from the Cambodia-Laos border to the provincial police. Stung Treng all night. With the participation of the prosecutor's office of Stung Treng Provincial Court. By: Sokhom