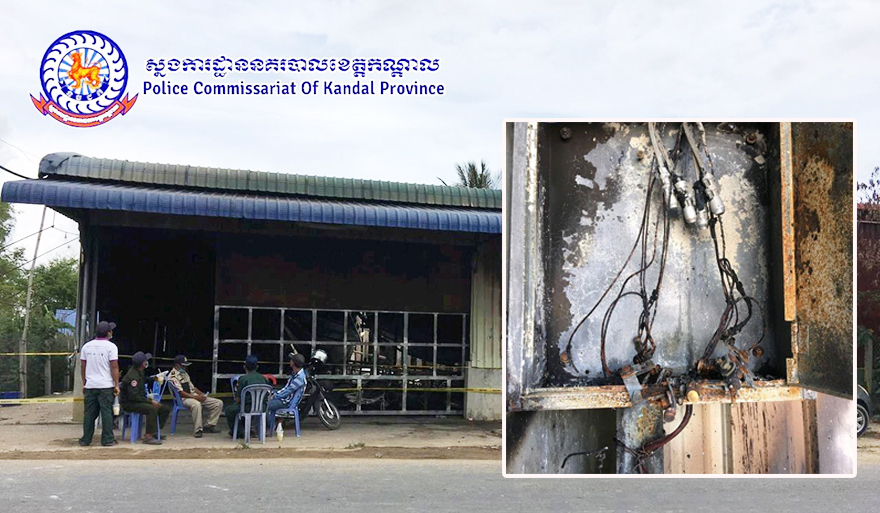 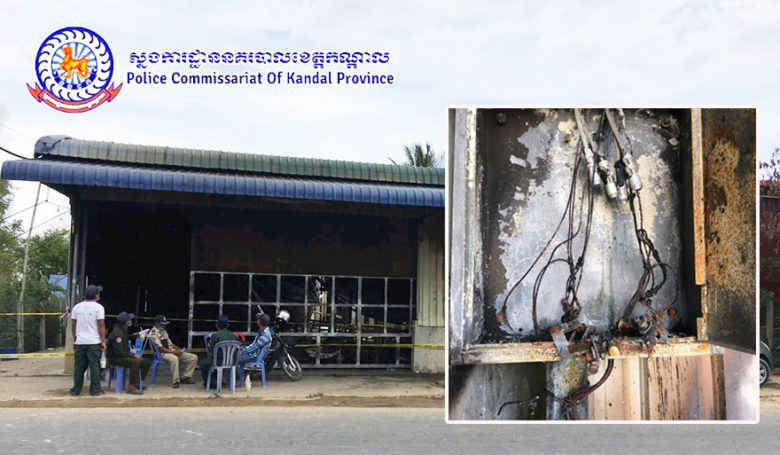 Kandal Provincial Fire Includes a Burning Factory on May 28 ,2015 Handicraft of Kudai Tai, a 70-year-old Cambodian man in Tuol Krang village, Krang Yov commune, Sa'ang district, Kandal province, causing one death And one wounded. According to the PEC, the Kandal Police Department released the morning of May 30.

According to his name, Nguon Sam Ath, 34, said that at the time of the above incident at 22:30 At home, about 30 meters from the factory, he heard the explosion coming from the factory and then fled Exhaust window of the factory, seen at the power switch (switch on electricity) across the spark plug The fire spread to nearby fabrics, causing the factory to burn completely.

At the same time, Sa'ang district and co-operative forces opened the door to search for victims to rescue. Immediately, seeing the victim in the bathroom in the factory was also rescued, making initial and continuing rescue Searching for the name Siren Borin (husband) found dead in the bathroom. The body was found on both sides of the body and on both sides of the calf. The scars are no longer noticeable.

Conclusion The victim died of smoke inhalation and severe burns to death. After the examination, the body was returned to the family for a traditional funeral.