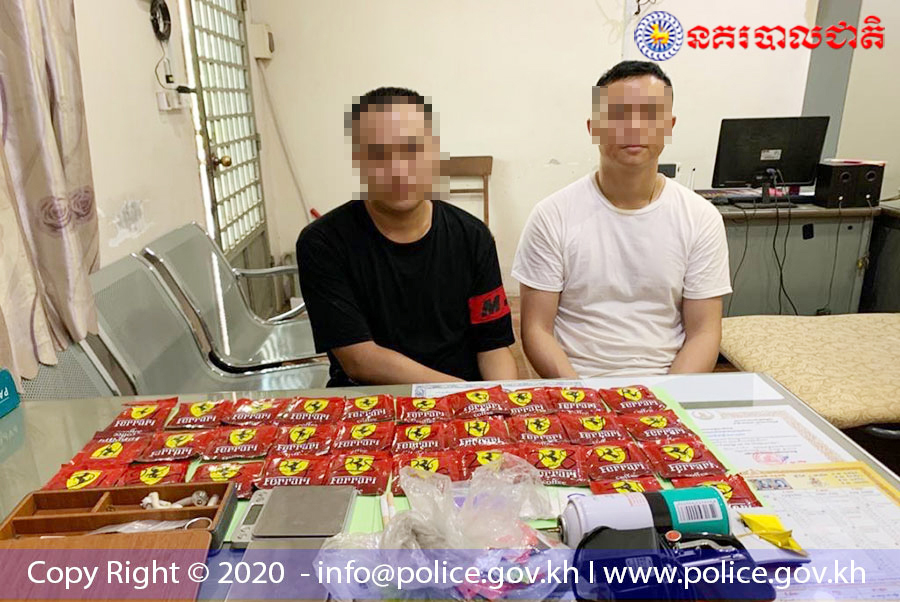 The first suspect – Tong Longsheng, a 34-year-old male – was from Preah Sihanouk province, police chief Chuon Narin said yesterday. China does not have a real homeland in China and currently lives in Village 3, Sangkat 4, Sihanoukville, and no Passport. Liao hao, a 27-year-old Chinese man, has no real business life in China Currently 4 villages, 4 boroughs, Sihanoukville.

“The two men, our cops, ended the questioning process and set up a case to send them,” he said The court is today (Tuesday). They suspected drug involvement.

Narin said that the arrests of the two suspects were competent in the first case. Authorities conducted a follow-up to the Chinese man because he acted suspiciously, identifying the sign. He then reported to the prosecutor Preah Sihanouk Provincial Court initially demanded legal mediation and arrested a suspect, Tong longsheng, in the operation. Police then searched the suspect's room and took out two pistols and four ammunition. His law enforcement skills were then arrested and arrested by another. Arrested in 3 villages, 4 cities – Preah Sihanouk province and one person in the village – 4 cities – Sihanoukville.

Commissioner Narin further said that the items seized by the police include: 56MA.78 grams of the drug MDMA. , 2- six packs of marijuana marijuana and weighed 4.77 gm; 3- suspected white powder, weight of 16.42 g, th 4 – Purple Powder Suspected of Drugs, 52.72 grams and 5- The scales were for weighing two drugs, as well as supplies and packaging.