Two Cambodian Muslims, a mother and child with a COVID-19 patient, have a total of 109 cases in Cambodia 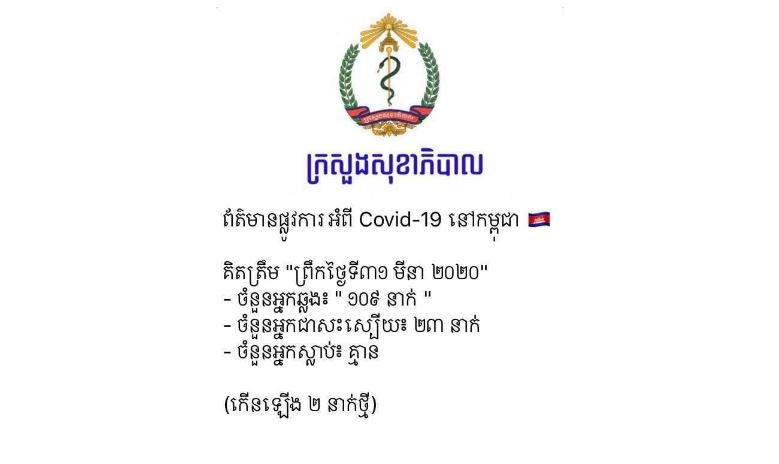 Two Cambodian Muslims, a mother and child with a COVID-19 patient, have a total of 109 cases in Cambodia


The Ministry of Health has confirmed that it will be until 8:30 am On March 31, 2020, we identified two other COVID-19 patients, a total of 109 in our country, and we have been treated with no death. We have found no evidence of community outbreaks yet, but the possibility exists.

The Cambodian Ministry of Health has announced that a total of 23 recovered coroners are recovering and 86 are in treatment. The total number of cases increased to 109.
The two new cases of the HIV infection are the 19-year-old Cambodian Muslim woman and her 12-year-old son in Siem Reap province. Both are wives and sons of a Khmer Muslim Kov 19 who returned from religious festivals in Malaysia. The mother and child are now being treated at Siem Reap Hospital. However, his two other children, including his father-in-law, were also tested by the Ministry of Health, but did not have the virus.

From January 27, 2020 until the morning of March 31, 2020, the number of cured 19 coroners in the country Cambodia has grown to 23, with one Chinese, three British, one French and 18 Cambodians . There are currently 86 Kovid patients in the hospital, including 28 women and 58 men. ៕ By: Kolab 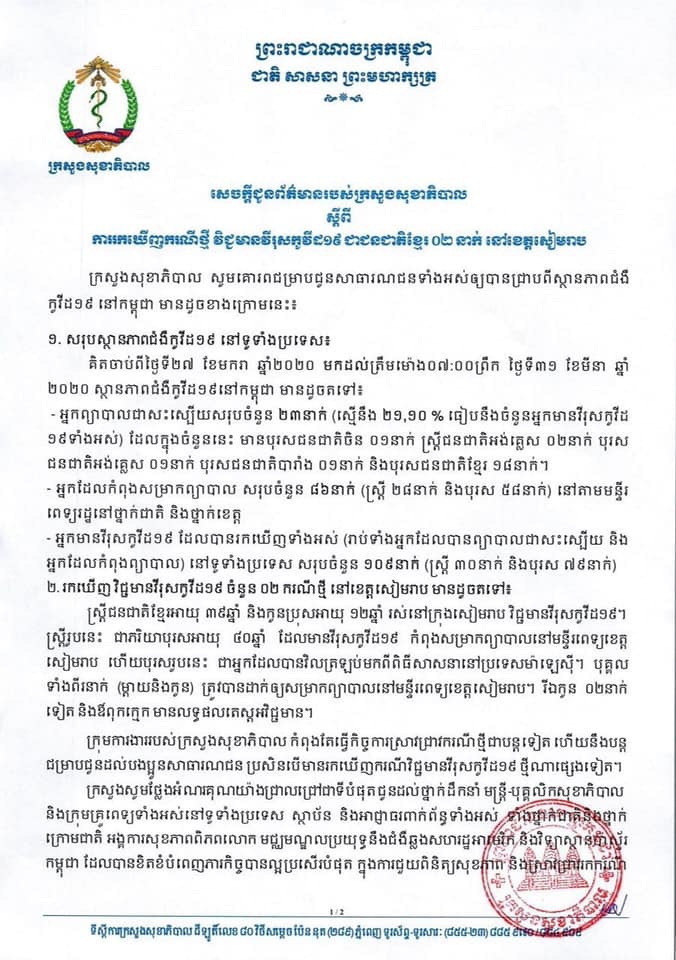 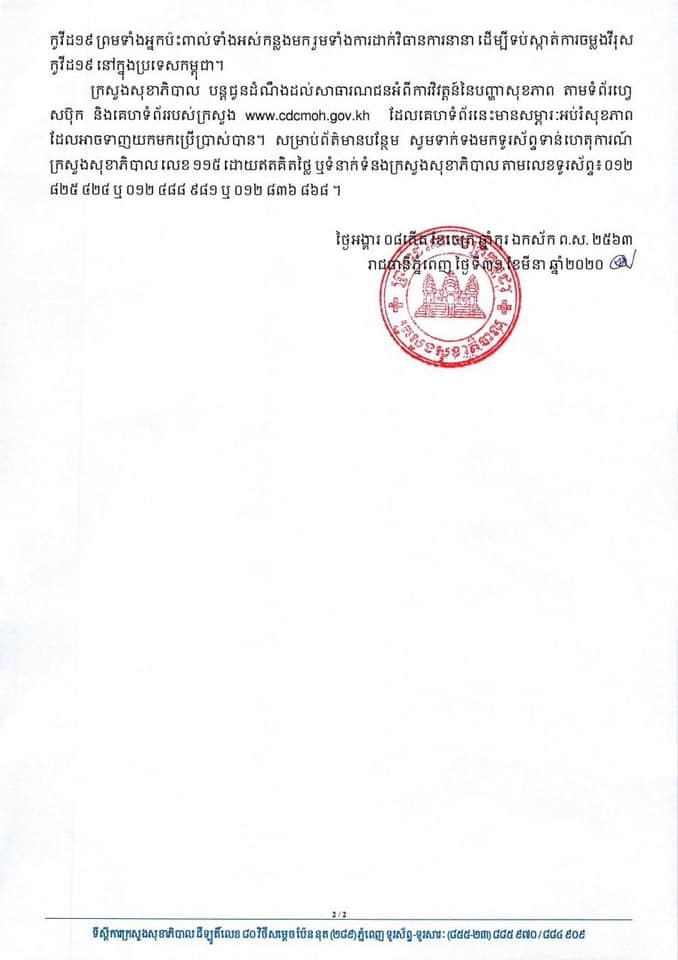 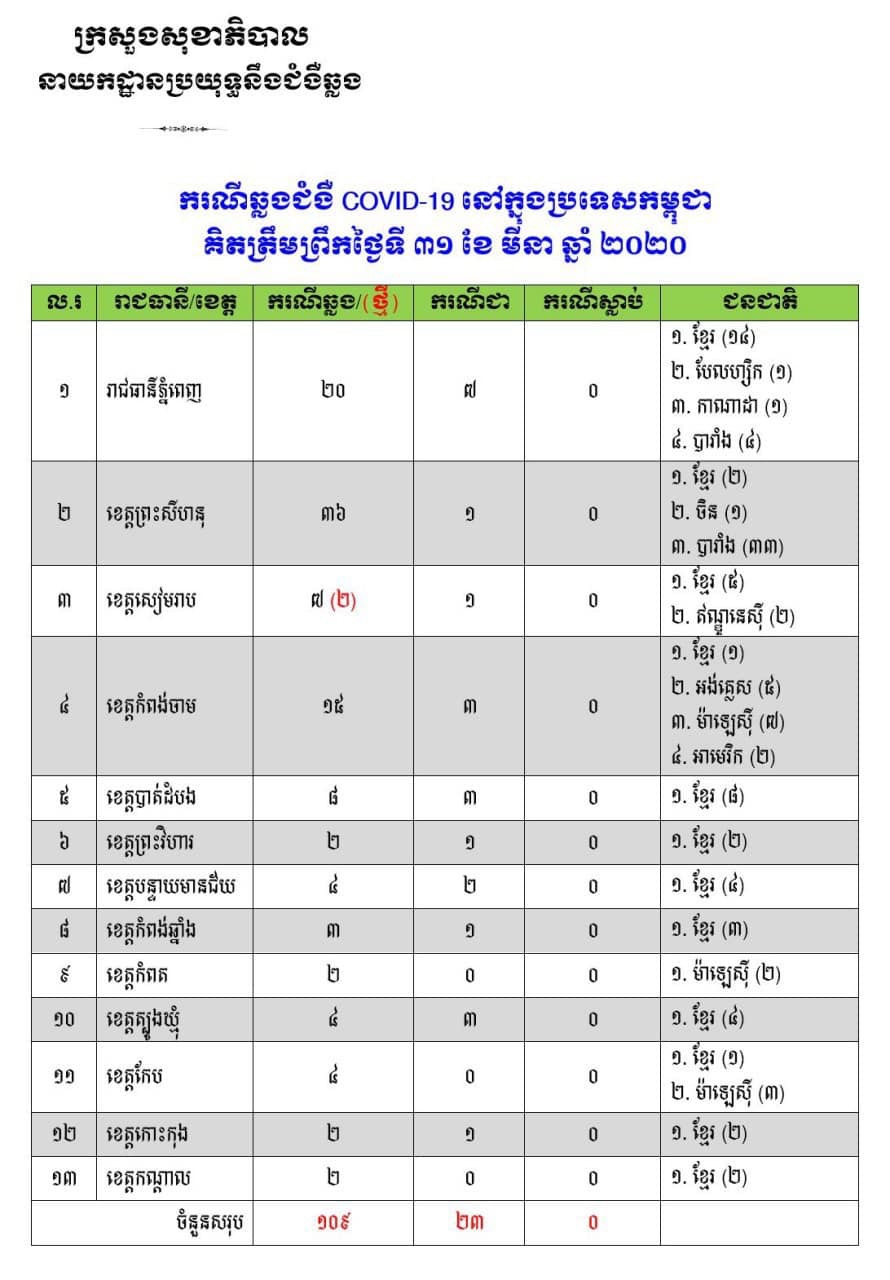