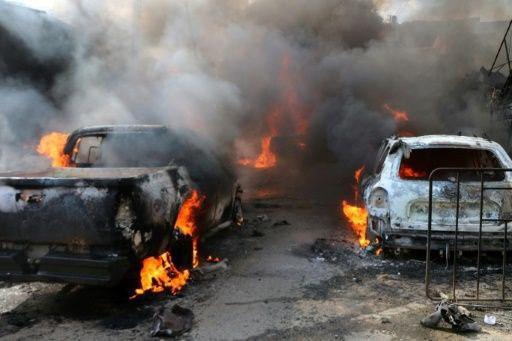 A bomb blast by a Kurdish militia YPG killed six people and injured 11 in Tuesday's Tel Abyad town in northeastern Syria near the Turkish border, according to the defense ministry. Turkey.

According to a statement issued by the governor's office in Sanliurfa province in southeastern Turkey, the bombing was carried out with a car bomb and the injured civilian was dispatched. Treated at hospitals on both sides of the border.


The YPG, which Ankara considers a terrorist group because of ties to PKK Kurdish militants in Turkey, is a US ally for years in the war against the Islamic State. : Pang Kong