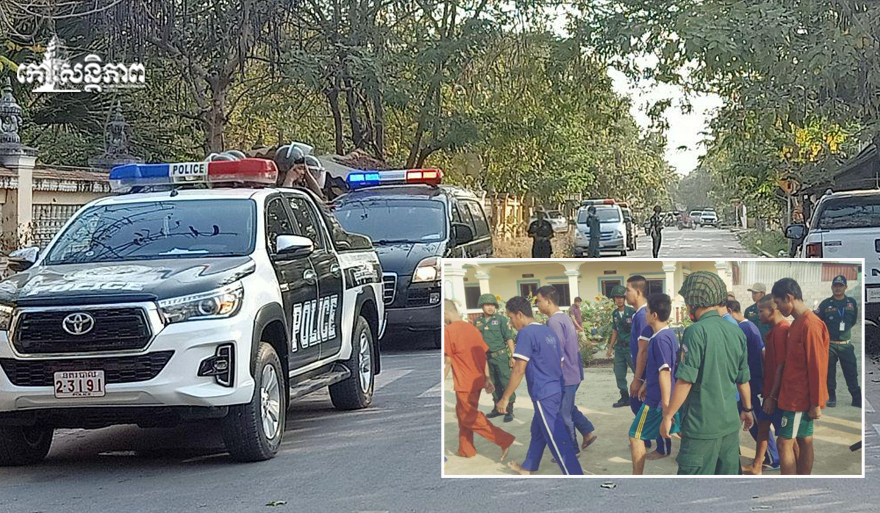 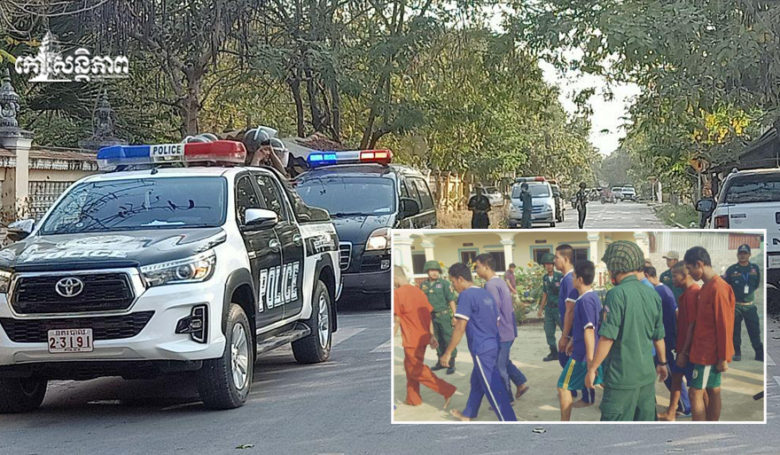 Takeo Prison: 762 female prisoners, including 29 women, on January 20, 2020 Freed from provincial prison due to deteriorating old prison, brought to new prison located in village End of Road, Baray District, Daun Keo City, Dist The old prison, about 3,000 meters apart, while carrying the prisoners, was found to be surrounded by military police. The Royal Gendarmerie and the military thoroughly protect the streets.

General Kong Sitha, the head of the Takeo provincial prison, told Koh Kong by telephone that the total number of prisoners (accused, culprits and prisoners) 762 people, 29 of them women, have been relocated today to new prisons At this point, the new prison site has a number of buildings Five houses equate to 17 inmate rooms, and for a larger or smaller prisoner allotment, there are several rooms and suites His work, as well as that of a prisoner, says that there are countless rooms.

He added that there is no need to classify prisoners' rooms or working rooms No. In the case of the transport of prisoners from the old prison to the new prison, there are three buses and the defense force. Police intervened in the province, accompanied by 60 leading sirens, 30 military police and 20 soldiers. (Editing by: Thida)