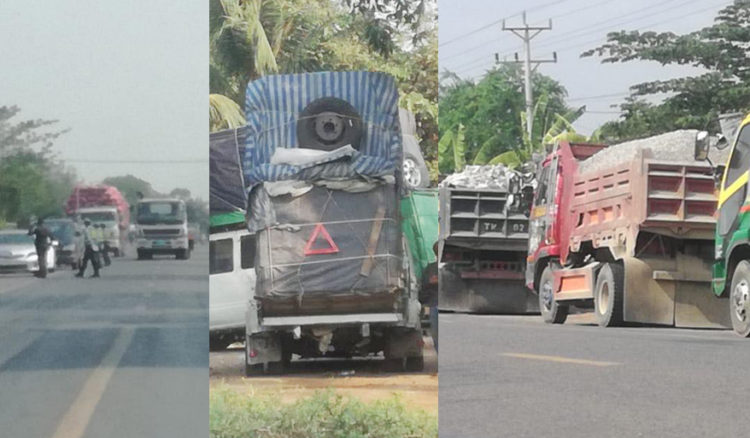 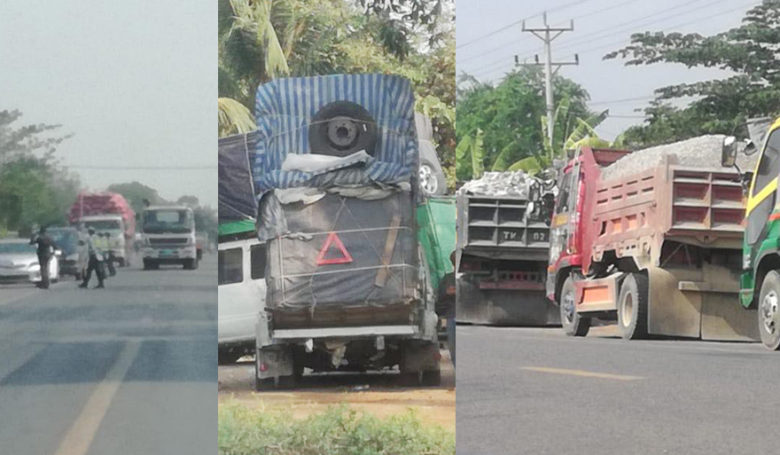 Battambang: Truck of all kinds, trucks, trucks and trucks in the province on the move Today, it is estimated that almost half of them are without proper documentation or drivers with no driver's license, but those illegals may be passing through. The benchmark Smooth traffic control of traffic officers on national highways suspected to be car owners or truck owners These smart transports can be offered to the chief traffic officer on a regular basis so the vehicles can travel comfortably. Nothing really matters.

According to information obtained by the Ministry of Immigration, there are undocumented vehicles on the streets today. The trucks are the most common of all types of trucks in Battambang at night. Car companies, some of which are tax-free vehicles, have no business documents. Ice trucks at ice factories in almost half of the province have no legal documents and trucks in the province Also different. These vehicles have no valid documents, no business documents, no technical inspection (s) or expired documents.

The leaker stated that most of the vehicles mentioned above were undocumented, with some wearing false license plates Especially the trucks, while some of the taxi drivers do not have a driver's license. But these vehicles can still drive on the road, passing traffic targets everywhere, no matter what the traffic officer Coins are small enough to be inspected. However, some of the major carriers with the company logo are not different from the one above. Of course, some of those cars are undocumented and some drivers don't even have a driver's license. Such as trucks, cement, trucks, trucks, agricultural products, etc.

The reason for this is because they saw the vehicles trying to evade the mixed force targets that set up technical checkpoints Mobile vehicles on national roads in Battambang. However, these vehicles can easily travel through traffic control targets located on highways in Battambang province. Smooth. Like a strong checkpoint at the "Pyramid Circle" on National Road 5, near the Phu Phu supermarket »With Mr. Poy Koy, Director of Target and Point of Neak Loeung Hairdresser on National Road 57 with Hok Hoe Be the target president. The general public sees these two traffic officers as the most important front line in enforcing traffic laws . The officer deployed all lanes at each destination to intercept all types of vehicle checks, documents and driver's licenses. Very tight. Instead, it opens the way for illegal cars, as mentioned above, to pass safely through.

Therefore, there has been a continuous criticism that these targeted officers are restricted to vehicles that have never paid. Only if a car with the company name or vehicle number is listed on the payroll, it is possible to steer through the checkpoint. Leisurely. This is a tight confinement to create an offense between targeted traffic officers and vehicle owners. In exchange for the benefit.
Related to the illegal cars that are traveling throughout Battambang. Like trucks, ice trucks, bulldozers and bulldozers, an official who did not want to be named, said. Know that most of these cars do not have the proper legal documents, and they do not have a drivers license. But they can only enter the city because the owner or the owner of the car pays a monthly bribe to traffic targets. In particular, pay directly to the Deputy Commissioner for Transport, Mr. Sat Kimsan.

Concerning the irregularities involving some of the above officials and corrupt officials, Koh Santepheap could not yet be reached for comment from Mr Puth. With the objective of the "Grandmother's Roundabout" and Hoc Haut, the target "Neak Sneak" roundabout in the afternoon March 28th. But Provincial Deputy Commissioner Sat Kimsan, who was pointed out that he was stealing, was taking advantage of the specialist office. It was the loudest, confirms the island on Saturday afternoon, saying: "Any vehicle that is technically incorrect. Well, I've caught the owner a lot of adjustments So far, only at the time also had a lot of intervention.

As for the ground truck, there is no such thing as an illegal car, because if I had it, I would have let it down immediately. But when the island was raised, it was clear that several trucks carrying Samamons had been towed into the city earlier this morning. On March 27, the deputy commissioner briefly stated: "Where the car was lying, the officer did not find it. ». Regarding bribery when asked, it is claimed that most of the above-mentioned car owners paid him a monthly payment. Is this true? Sat Kimsan denied the allegations. "I have never taken any money from the owners of these offenders," he replied briefly.

The deputy commissioner did not comment much on this question. But he cited previous traffic enforcement efforts that he had caught so many cars in the past Complete the legal documentation, and the vehicle is technically repaired. He and Mr. Chan Sothy, the newly-appointed Traffic Commissioner, are now preparing to implement a new Sub-decree on Traffic Law. This too.
Chan Sothy, chief of the Traffic Traffic Bureau, who has been in charge more than a month ago, said that not all In the past, he has not been able to handle traffic as usual, but he has been in office recently The case will be reviewed and revised.

As for the illegal car, Chan Sothy said he would look into legal action to take action against these vehicles. Allow the vehicles to continue to violate traffic laws or sign a ban on entering the city. We will strictly enforce this when the new Sub-decree on the Traffic Law is implemented. Coming soon ៕