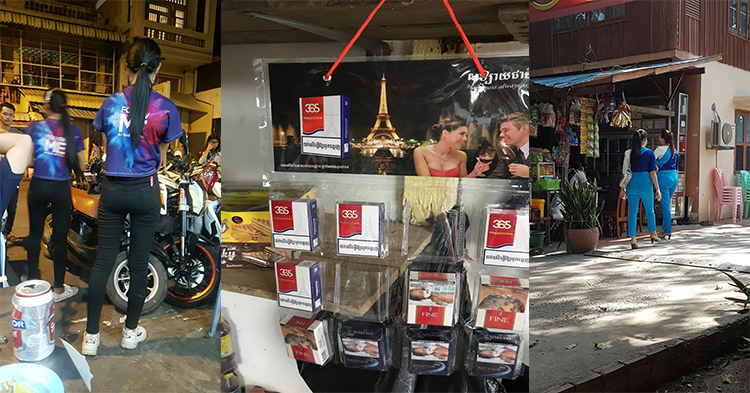 
May 31, 2020, World Health Organization Published an article on protecting youth from the tricks of the tobacco industry and preventing young people from using tobacco and nicotine. According to a press release from the Cambodian Movement for Health (CMH) on May 28, 2020. 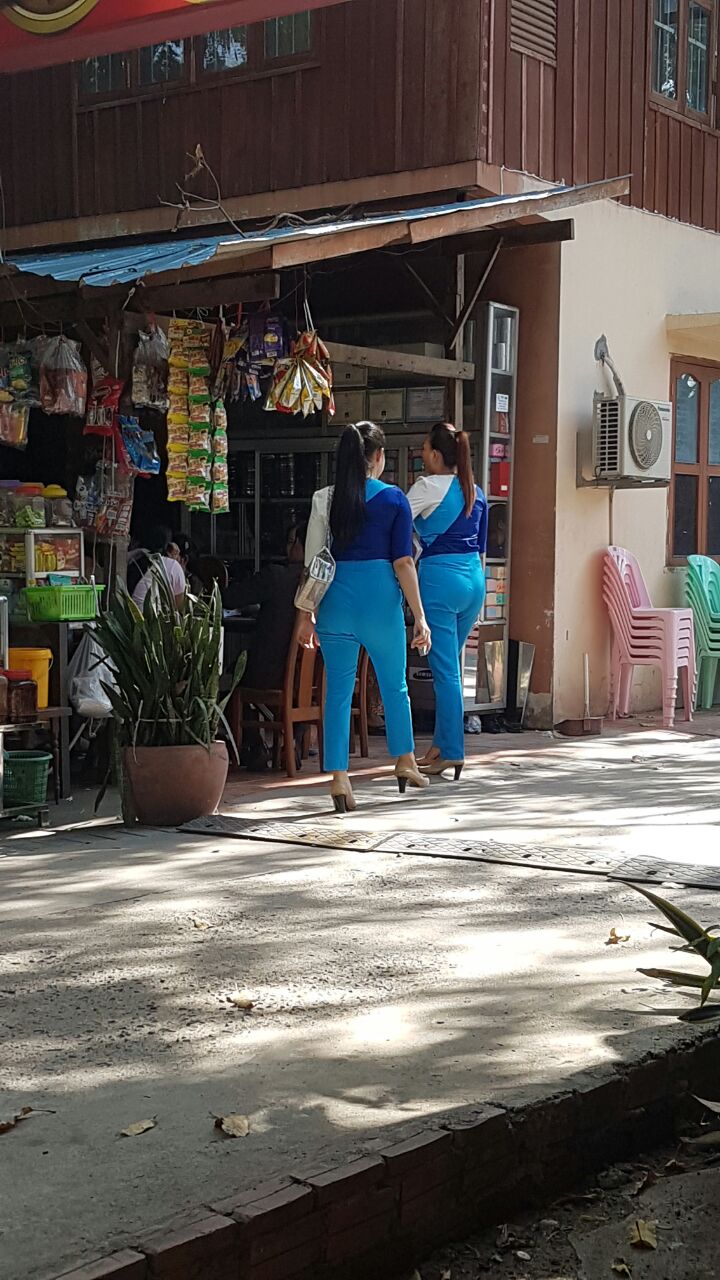 
It should be highlighted that, as a result of the United Nations Population Fund's 2015 Cambodia Tobacco Control Study The World and the Secretariat of the Convention on the Control of Tobacco Products say that the use of tobacco products kills 15,000 Cambodians. Each year, 33% of all deaths occur in low-income populations. Not only that, tobacco use causes a loss of $ 649 million, equivalent to 3% of Cambodia's GDP.

Tobacco industry's tactics are illegal, so the government should take strict action on the implementation of the tobacco control law. Penalties for delinquent individuals, such as tobacco companies, who continue to violate the Law on Tobacco Control The original.

According to the Royal University of Phnom Penh's 2019 tobacco law survey, about 30% of all cigarettes are smoked. There are no published health warning messages in Khmer and pictures, and 58% of cigarettes sold are not stamps. No tax. The study also states that about 20% of cigarette advertising and advertising offers and benefits from cigarette companies Many cigarettes ៕ 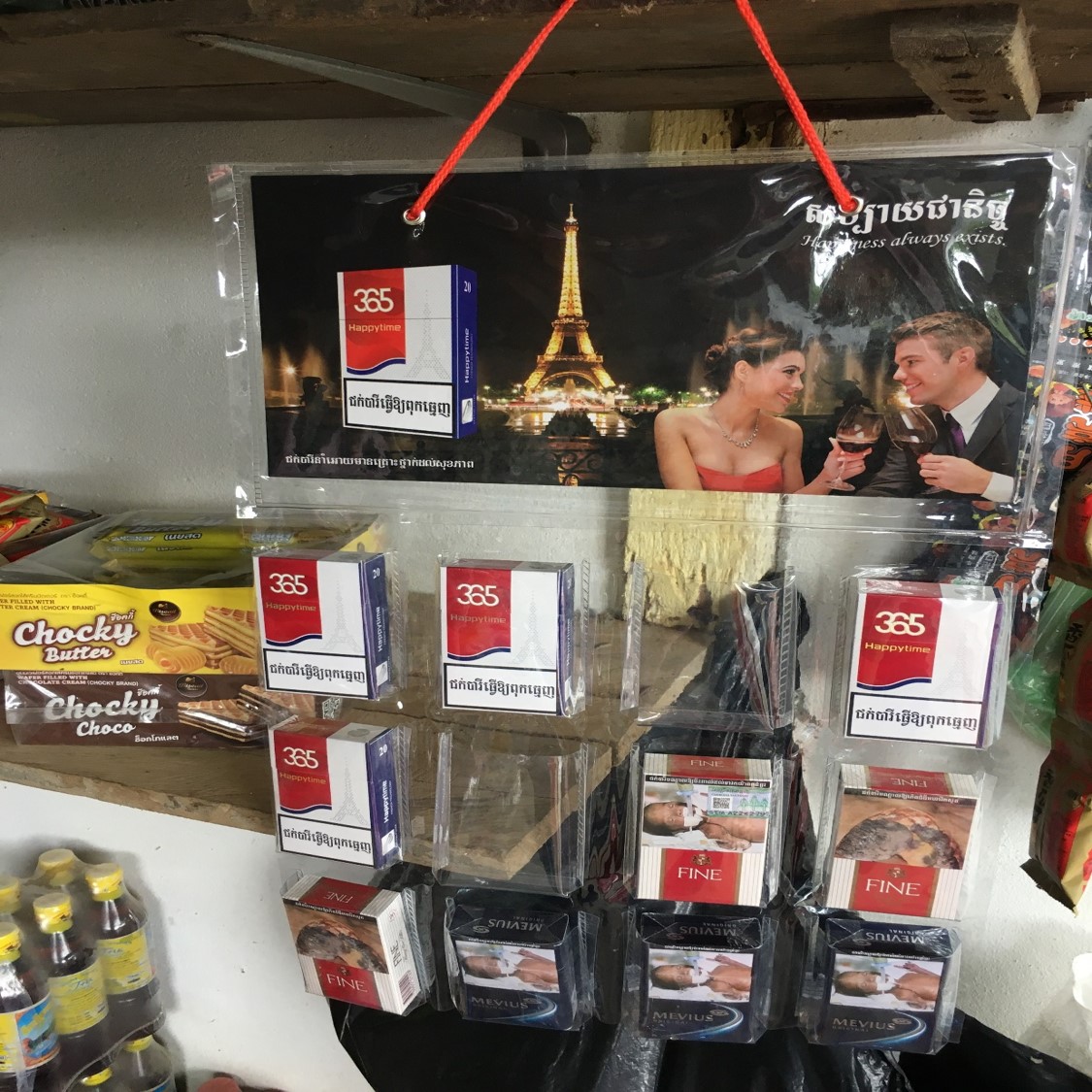 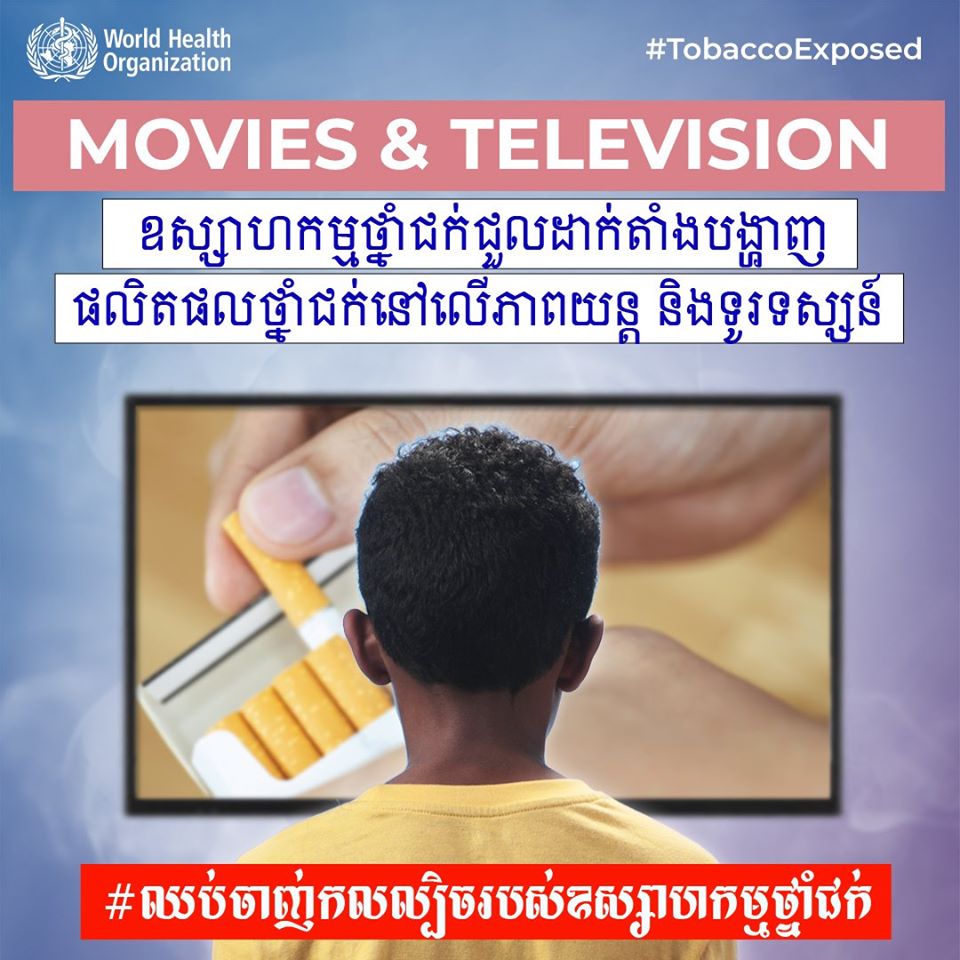 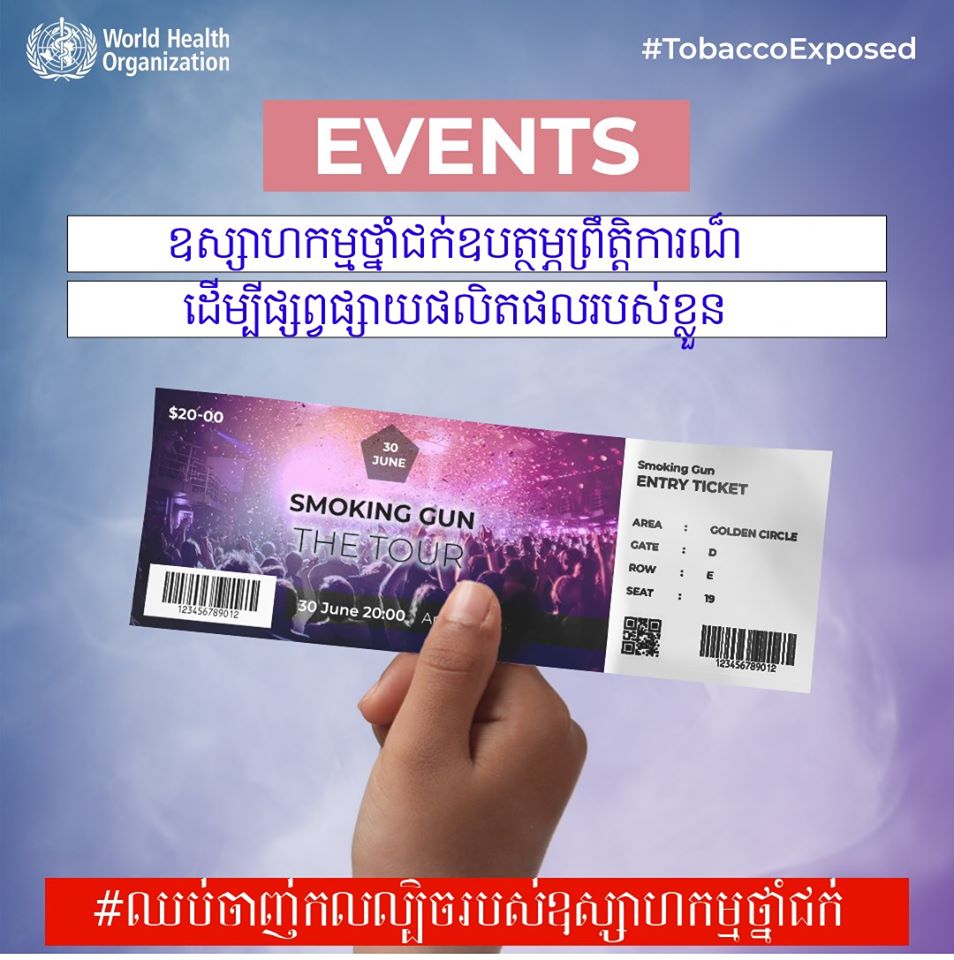 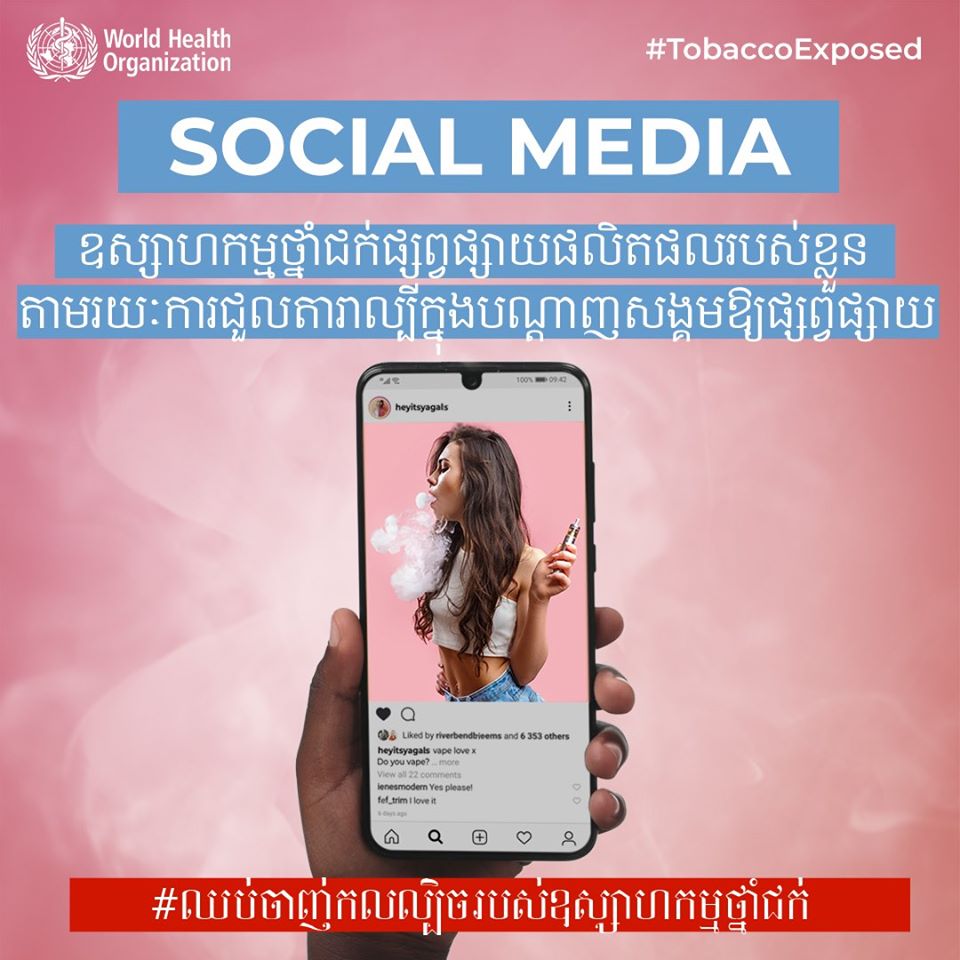 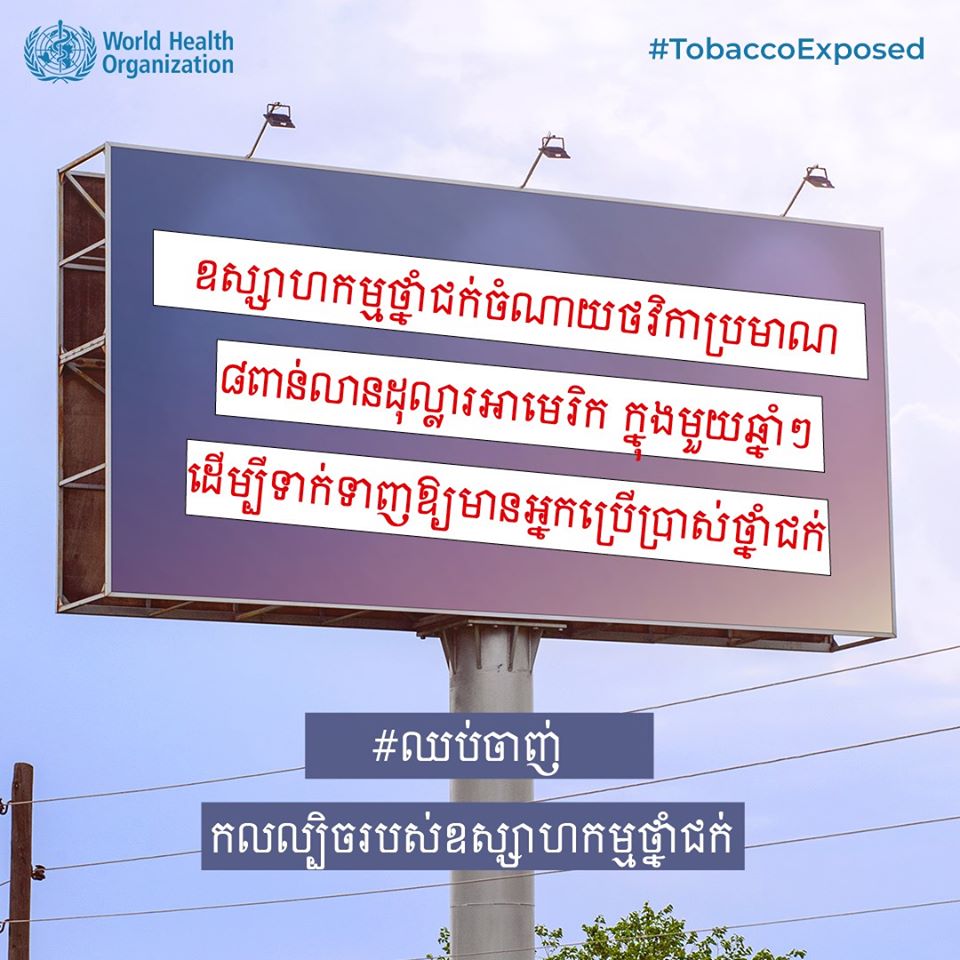 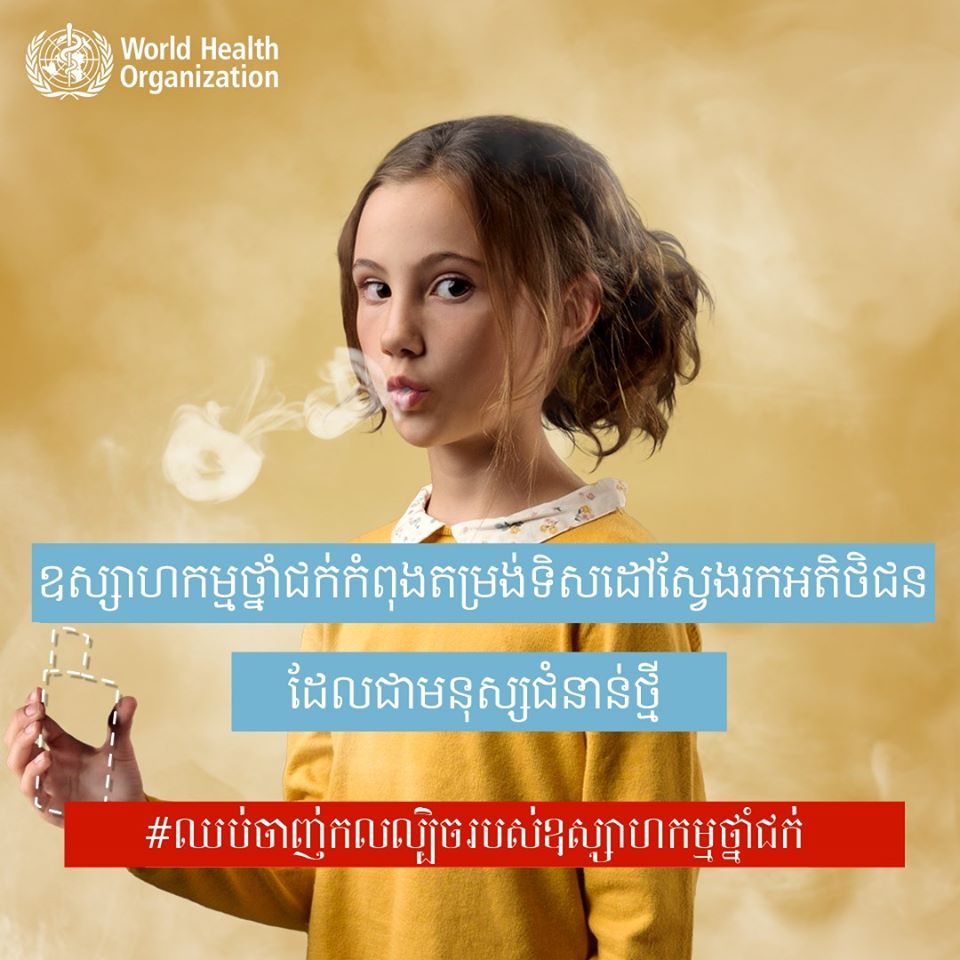 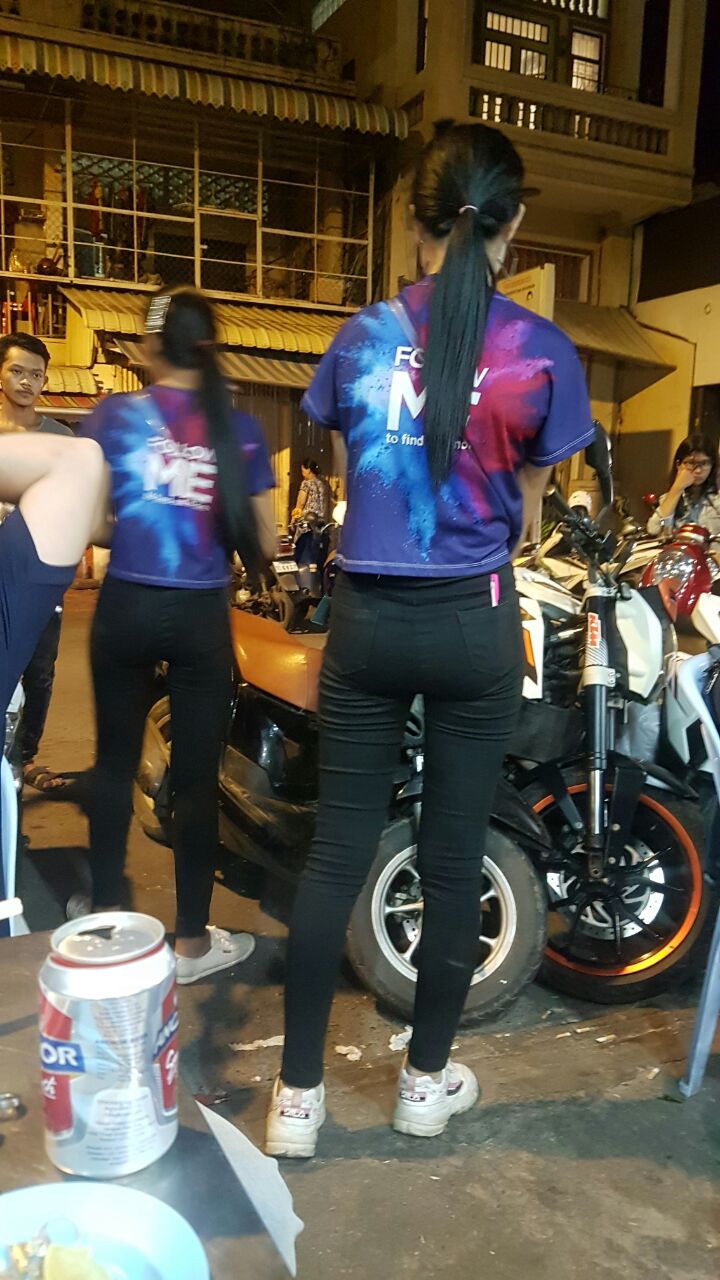 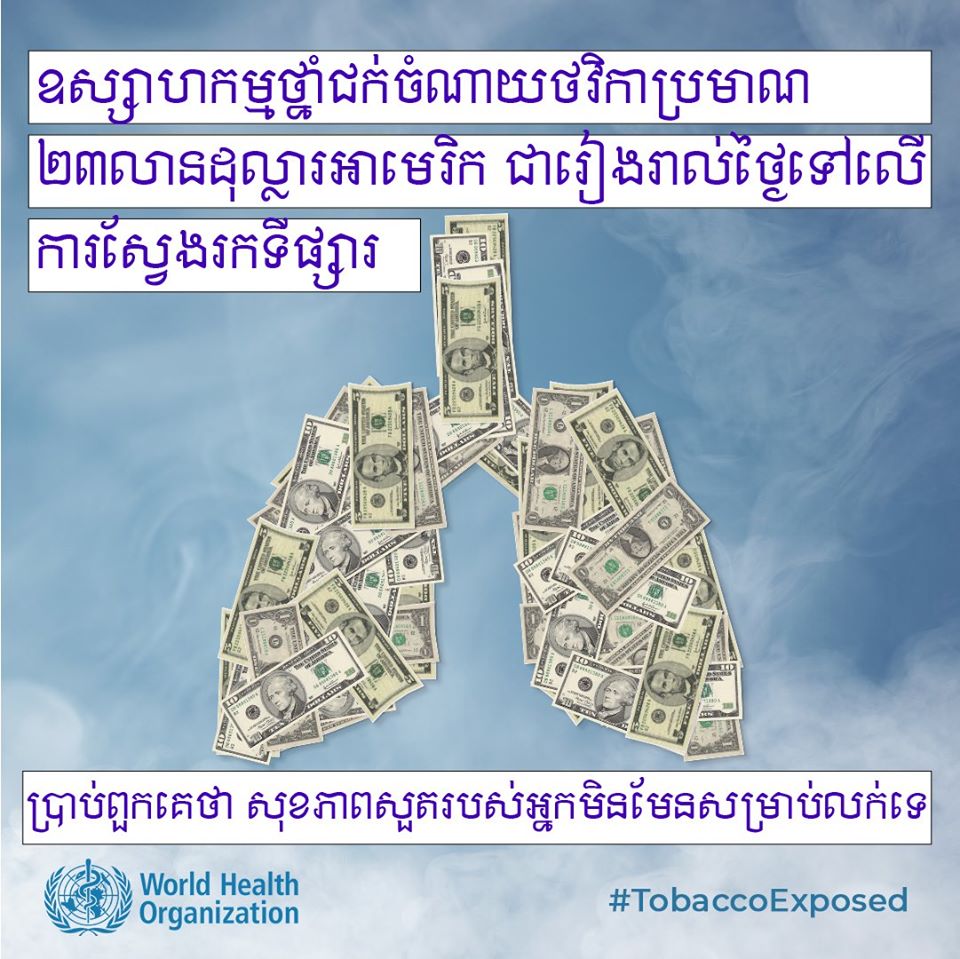