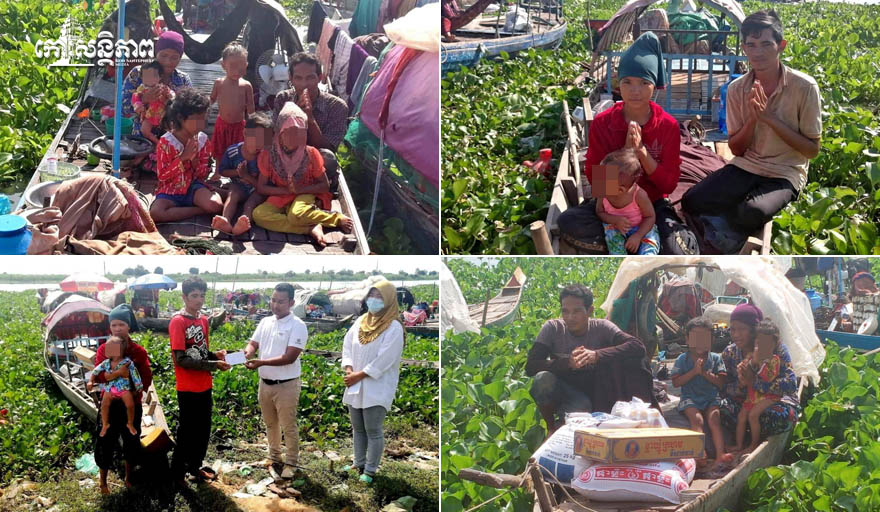 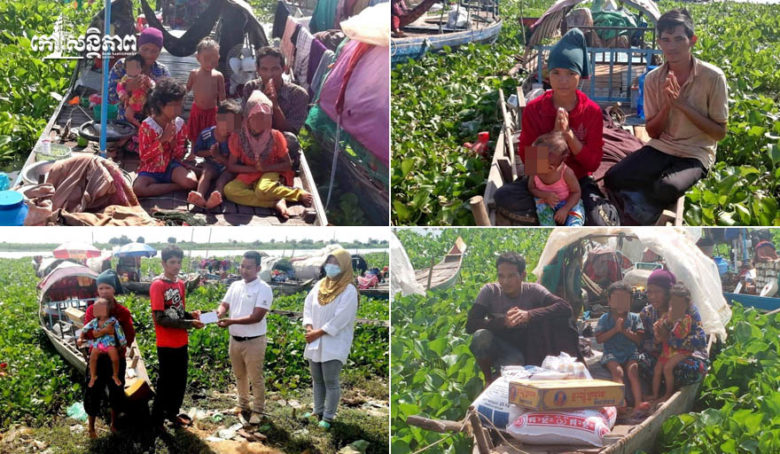 Kampong Chhnang Province: Three fishing families live temporarily on a fishing boat by the river in Chong Koh village, Phsar Chhnang commune, Kampong Chhnang city in the morning. On July 28, 2020, the benefactors brought food to distribute to them directly after they requested and had Posting pictures on social media asking for food because for 4-5 days they can not go fishing and have no money to buy Rice is also cooked. The three fishing families said:

3-Mer Sos Vy, 23 years old, wife Sem Semka, 27 years old, have one child, no land, no house, stay on the boat Fishing in Chong Koh village, Sangkat Phsar Chhnang. The three families said that they used to live temporarily on fishing boats to fish, but for four Five days ago, they could not go fishing because the river did not rise and there were no fish. He asked the benefactors to help. In fact, on the morning of July 28, the benefactors are:

The people in his commune are really poor and the family named Yama Vanny is really landless and homeless Yes. The three poor families, after receiving the charitable gift from the above philanthropist, expressed their deep gratitude to the above philanthropist and wished May all benefactors be happy in all their endeavors and successful in all their endeavors and tasks. By: Pov Sokhean