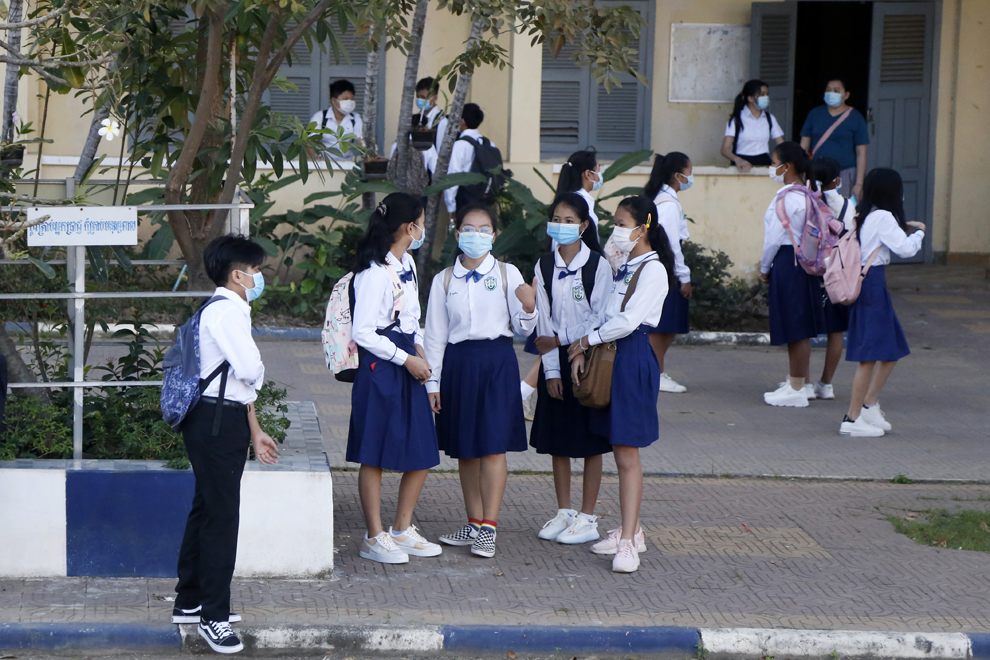 Save the Children will lead the implementation of the entire project, ensuring quality, results and collaboration with the national level. World Vision will implement the project in Preah Vihear, and Plan International Cambodia will implement in Siem Reap.

The group launched the project based on a 2013 study on violence against children in Cambodia that found 52.7% of women and 54.2% of men aged 18-24 claim to have had at least one act of physical violence Once before they were 18 years old.

The study also highlighted that school-based violence is more common among children of the same age, but often by teachers. Is a perpetrator of violence against children outside the home.

Save the Children Country Director for Cambodia, Elizabeth Peas, said that violence against children, especially gender-based violence and intimidation, played a significant role In promoting school dropout among children with disabilities. Girls are more likely to experience psychological abuse, cyberbullying, sexual violence and abuse than boys, while boys Suffering violence and physical punishment.

She said that through this project, her organization and partners will strengthen the child protection policy framework in Cambodia through development, approval and implementation. Disseminate operational manuals on child protection in schools.

The project will also support target schools in establishing a system for monitoring statistics on violence against children, as well as implementing a child protection code of conduct. . These systems will help schools monitor child violence and provide a timely response to prevent children from being abandoned. Studies. This is what Ms. Quinnet Vong, Director of Plan International Cambodia, said.

Ros Sovacha, spokesman for the Ministry of Education, Youth and Sports, said yesterday that the Ministry of Education welcomes all positive participation from stakeholders in raising the issue. Height, quality of education in all forms. For the prevention of all forms of violence against children in schools, the school management in collaboration with the Department of Education takes administrative action on Acts that depart from educational work.

"In addition, in all educational institutions, there are children's councils and youth councils that play a role in promoting learning," he said. "All students in the country and have the duty to monitor and report any irregularities on students in the institution."