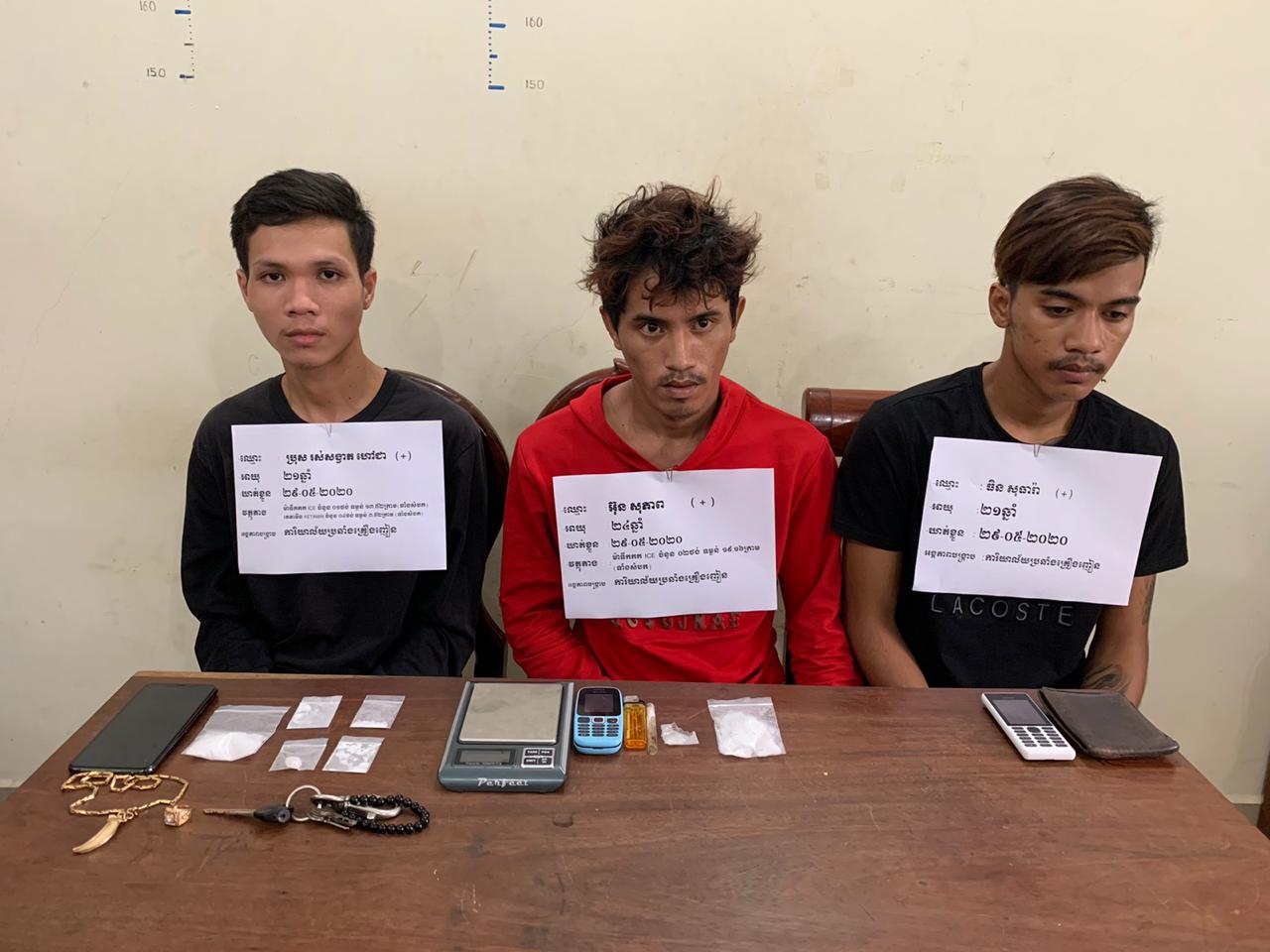 
Battambang: Police force in Battambang province Three men arrested, seized and three ice packs, four bags of ketamine, a motorbike, weighing a drug Subsequent to the creation of the case, it will be referred to the court for legal action on May 29, 2020.

Sok Nim confirmed that the force had cooperated with city police and anti-crime intervention forces to crack down on the case and arrested the suspect. Three of them and the exhibit were immediately visible. Currently, the force has made a case for sending suspects and exhibits to court for legal action on May 29, 2020. 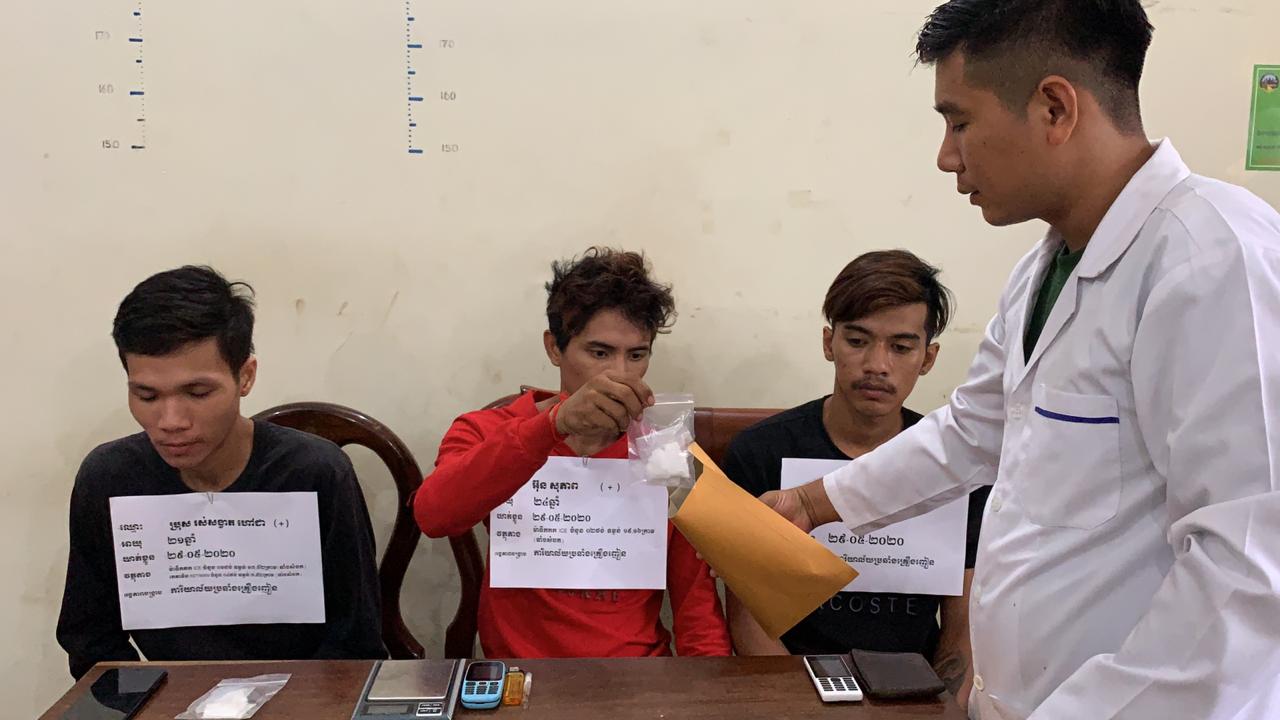