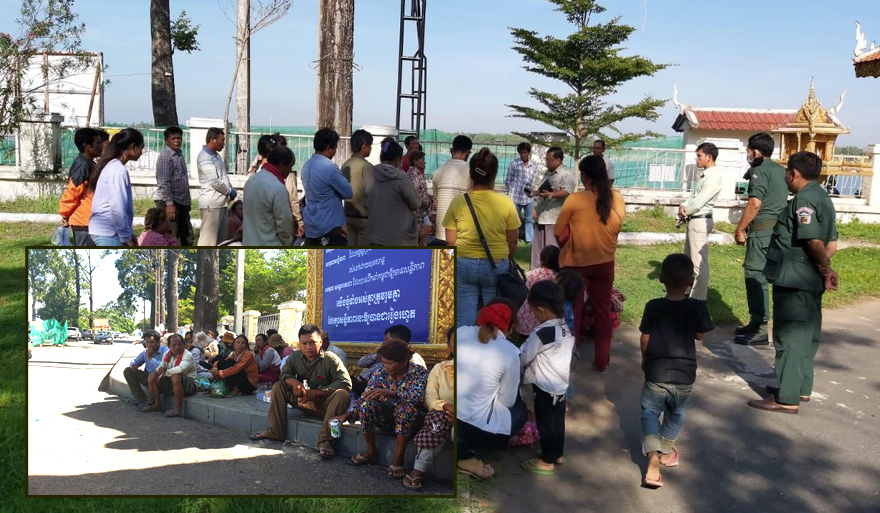 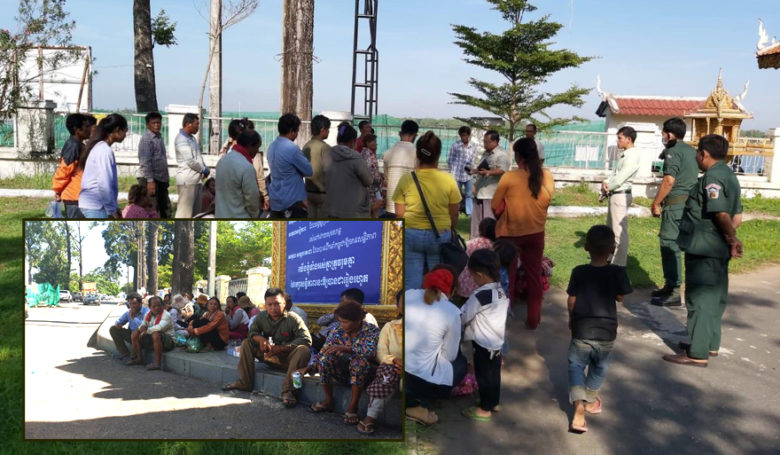 Kratie: More than 40 male and female residents from Snuol district continue to protest in front of the school Provincial authorities to ask for the release of three people who they said were villagers and were arrested by the authorities Arrested in illegal mining business on June 1. As of June 3, it has been three days since more than 40 people have had their lives. Thnol Village, Svay Chreng Commune, Snoul District, Continue to Protest in front of Kratie Provincial Court requesting authorities to release his villagers .

Three Arrested by Authorities in Crackdown on Illegal Minerals On June 1, there was one name: Lach Kimheng, 57, and Lach Kimhheng. 47 and 3-year-old Oeeng Seng, 53, from Thnal Village, Svay Chrei Commune, Snoul District, Kratie Province. He was arrested by the authorities and sent to court for further proceedings.

Villagers who have been protesting in front of Kratie province say they have agreed to relocate the business Authorities accuse the illegal gold mining business and call on authorities to release the three. Kratie Provincial Court Officials Say All Three Arrested in Gold Mine Exploitation Illegally, behind Thnor Village, Svay Chrum Commune, Snoul District. And are under arrest for further proceedings.