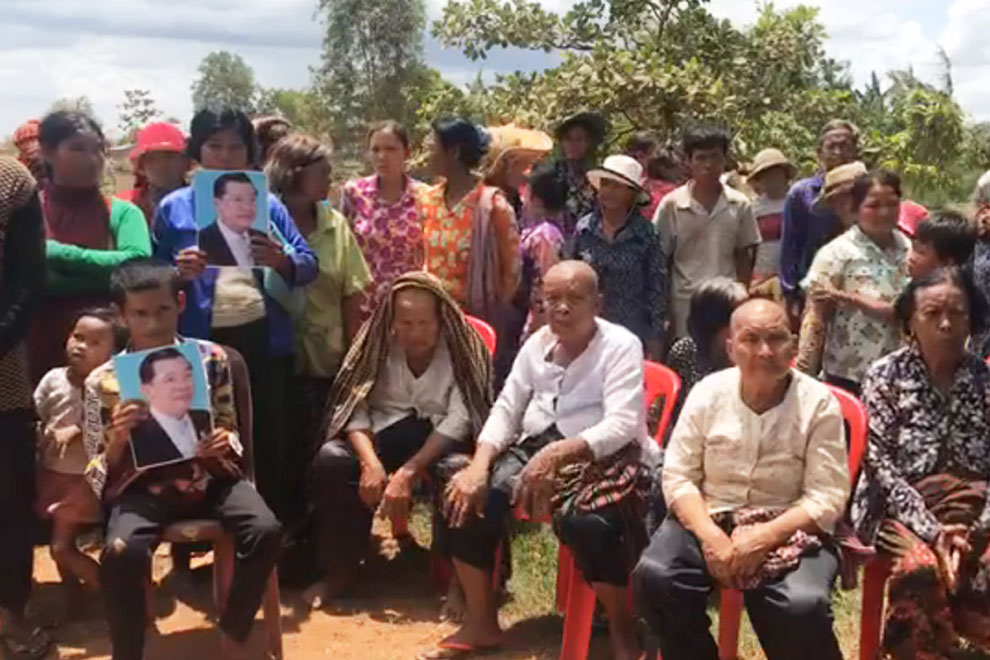 Kang Eit, a representative of the 13 families of the disputed population, said in a live video from the disputed area on Sunday that all 13 families were residents Has occupied about 40 hectares of land for nearly 30 years. But then, he said, former district governor Prak Buy sued the villagers for demanding to leave the land they had been living in since 1993. It was supposed that there were chicken wings in the land.

Kang Eit added that since the conflict in 2001, all 13 families of victims have sought intervention at all levels of authorities. The case has also gone through the court system, but a Kampot court ruling still cuts people off.

The lawsuit was filed by the other two families with Mr. Prak Bour without the charge, Mr. Ith said. The 13 families were notorious for being accused of living on someone else's land.

“Citizens have the receipt by district cadres to recognize their occupation. Villagers also did not know that they had been living on their land, continuing to occupy the land until 2001 and 2002. It has been learned that the people have violated the deputy governor's land. ”

Another resident, who spoke on condition of anonymity, said in the video that her family lived Living on the land for a long time, so evicting them would make life even more difficult .

The district's chief commune chief, Om Tam, told the Post on Sunday that it would be unfair to court the 13 people. The family lost and lost their long-held land.

He added that the commune authorities had been trying to coordinate for the people to get back their previously occupied land but the other side did not Even knowing the location of the land, he refused to go to court. “The land was long and the district governor did not release it and he sent it away, but Mr. Prak Bun did not,” he said. And it requires citizens to leave. I also said that if a citizen leaves him, he owns the land. In my name, the commune chief does not know who has no back, just know that if people lose too unfair and he has no That's just the land. ”

Kampot provincial administrative director Vat Vathana declined to comment on the dispute, claiming the case was out of the province's jurisdiction. "This case has been going on for a long time. I don't remember any of it being out of jurisdiction," he said.

Man Boareth, director of the Kampot Provincial Court of Administration, told the Post yesterday he was unaware of the case. But he said that if the people legally occupy the land, no one would dare to evict them. “I don't know how the court got the case, I don't know how to answer it,” he said.