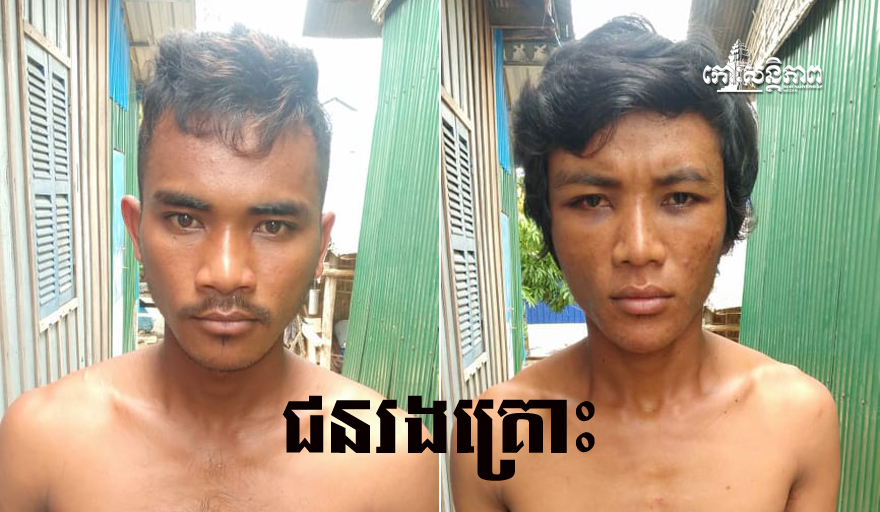 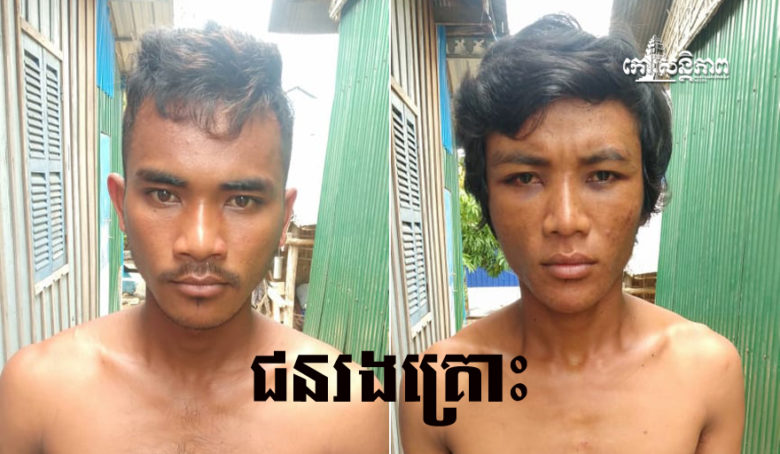 The actions of the authorities, who claim to be the orders of their superiors, make the local people resentful and speak out. One word that biased towards his party members who have the authority of the district police, especially the Deputy Inspector of Samrong Tong respect Only once, a close friend of the perpetrators.

The two men were arrested on the evening of August 3, 2020 at Trapeang Khyang village, Roleang Kreul commune, Samrong district. In Kampong Speu province, the two men were first identified as 35-year-old Hul Rom and 31-year-old Hul Ro, both of whom lived in the area. Detained above. According to sources from the relatives of the two men, on the night of August 1, 2020 at 10 pm, Hal Ro A 31-year-old man living in the commune had an argument with his father Suong Chhem, a 62-year-old man who lived in the same house when Suong Chhem, the father, raised his hand to find it, Hal Ro (son), suddenly Hal Ro raised his hand and was thrown by his father. But he was caught and calmed down.

Sources said that after entering and beating them in the house, both sides had the same injuries, then suddenly the side of the machine and Seth Rom and Tat Kim Chhin, who are known to be close friends with the Deputy Police Inspector of Samrong Tong District Called the deputy inspector to intervene. As you can see, the villagers who knew the story and saw it said that when the Deputy Inspector When he arrived, he took off his shirt and shouted for Lola and Hulrin to come out and fight with him. The deputy police chief of Samrong Tong district is also known as Pen Chamroeun, the deputy inspector in charge of criminal affairs.

Those who witnessed the incident said that they are the authorities who have the role of a monk and receive the criminal part. Hold on to the feet of your friends who come in and beat you up in a house like this. Despite the eel fight by the Deputy Inspector in charge of Criminal Pen Chamroeun, the victim (Halro And Halrin) did not come out at the behest of this great deputy inspector. According to the source, on the morning of August 2, the victim was busy but did not go to the doctor to file a complaint. No, all of a sudden, Yon Pheak, Set Rom and Tat Kimchhin, who caused the attack on the house, went to file a complaint. With the power of his friend as the deputy police chief of Samrong Tong district, he dared to file such a complaint.

According to a source from the district police, this case is despite the fact that Yon Pheak, Set Rom and Tat Kim Chhin went to attack When they arrived at such a house, the authorities only reported and reported to their superiors that it was a fight between them. Claiming that the perpetrator was a close friend of the Deputy Inspector of Criminal Police, they kept pushing. Up until a deputy commissioner also came forward to intervene with the perpetrators. Referred to as Deputy Inspector and Deputy Commissioner, and only then did the victim be arrested and build a case to be sent to the higher level to handle the procedure. The law by the lower class does not dare to argue with the order of the upper class.

In this case, the relatives as well as the parents, siblings of the victims shouted for justice that their children were indeed beaten by The perpetrators, who are known to be friends of Mr. Pen Chamroeun, Samrong Tong District Police Inspector, if arrested According to the legal procedure, it is very important to detain both parties, not to detain only one victim, leaving one side as the perpetrator. No freedom. Despite such claims and confirmations, our reporters could not seek clarification from Mr. Pen Chamroeun, Deputy District Police Inspector. Samrong Tong. This incident is an unexpected thing that the victim was called by the authorities to build a case to The court, on the other hand, the backbone of the perpetrator was lucky to live out of jail.

Please note that the Samrong Tong District Police Inspectorate has 3 Deputy Inspectors in charge of Criminal Affairs, including Mr. Pen Chamroeun. The other two try to fulfill their duties so that they will not be overwhelmed. According to the source, Mr. Pen Chamroeun is a person who speaks arrogantly but does not get the facts because of that. And that's why Mr. Pen Chamroeun is not very satisfied with the officials, especially the local people. By: Vong Sorn