The Ministry of Foreign Affairs and International Cooperation has issued a press release On the telephone conversation between the Prime Minister and the US Secretary of State, Mike Pompeo. US Secretary of State, Mike Pompeo, said on social media that he had talked to Hun Sen about 70 years of diplomatic relations between the two countries. Both and US assistance on the fight against COVID19. “The Democratic Kampuchea is a strong Cambodia,” he said. 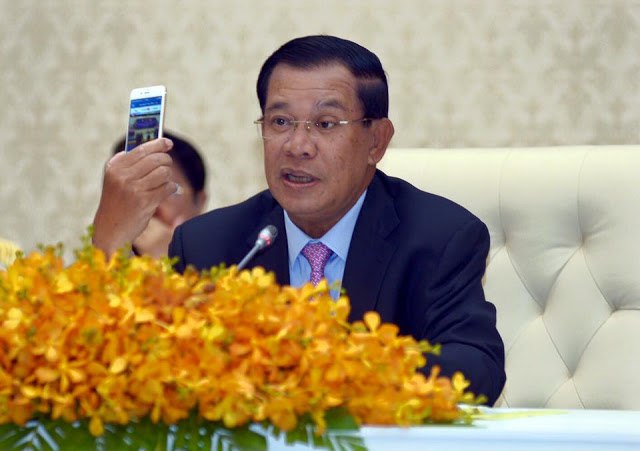 Please note that this morning, Samdech Techo had a telephone conversation with US Secretary of State, HE Mike Pompeo. Samdech and His Excellency, Mike Pompeo, expressed their appreciation for helping each other during the difficult times of COVID. 19 By His Excellency Pompeo thanks Cambodia for rescuing passengers on the Westerdam cruise ship and he thanked the United States for their assistance and cooperation from the experts of Centers for Disease Control and Prevention Invasive disease, as well as $ 2 million for helping the anti-epidemic COVID-19.

With the assertion that the United States will continue to support Cambodia in its efforts to improve the health and safety of the Cambodian people, HE Mike Pompeo welcomed the statement. Of the Royal Government of Cambodia on national sovereignty.

Prime Minister Samdech Akka Moha Sena Padei Techo Hun Sen emphasized the important role of the United States in regional America and its appreciation for US contributions and the importance of reducing poverty Between Mekong countries and other ASEAN Member States.

Prime Minister Hun Sen and HE Pompeo have shared their condolences to the families of victims in the United States and Asia as a result of COVID-19. He conveyed his support to President Donald Trump in his efforts to fight the disease. 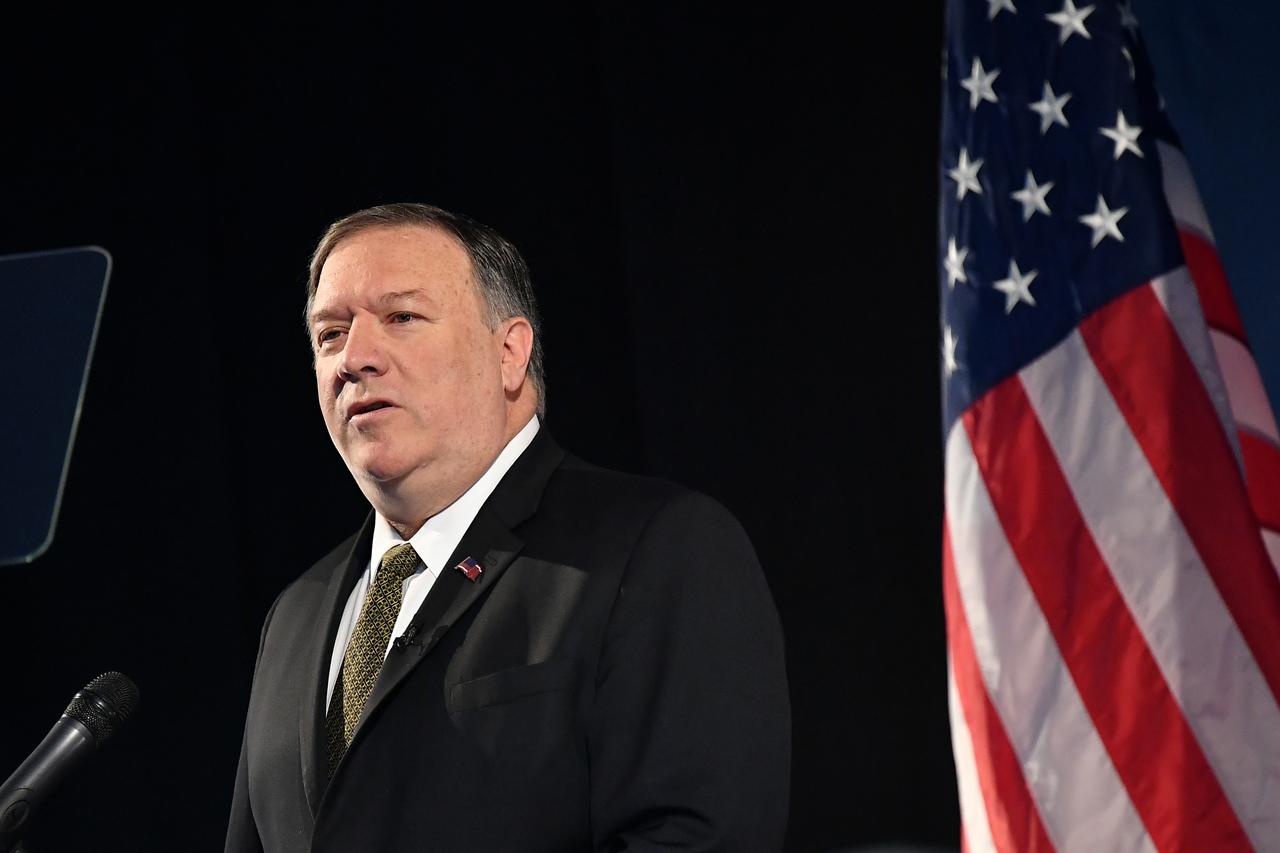 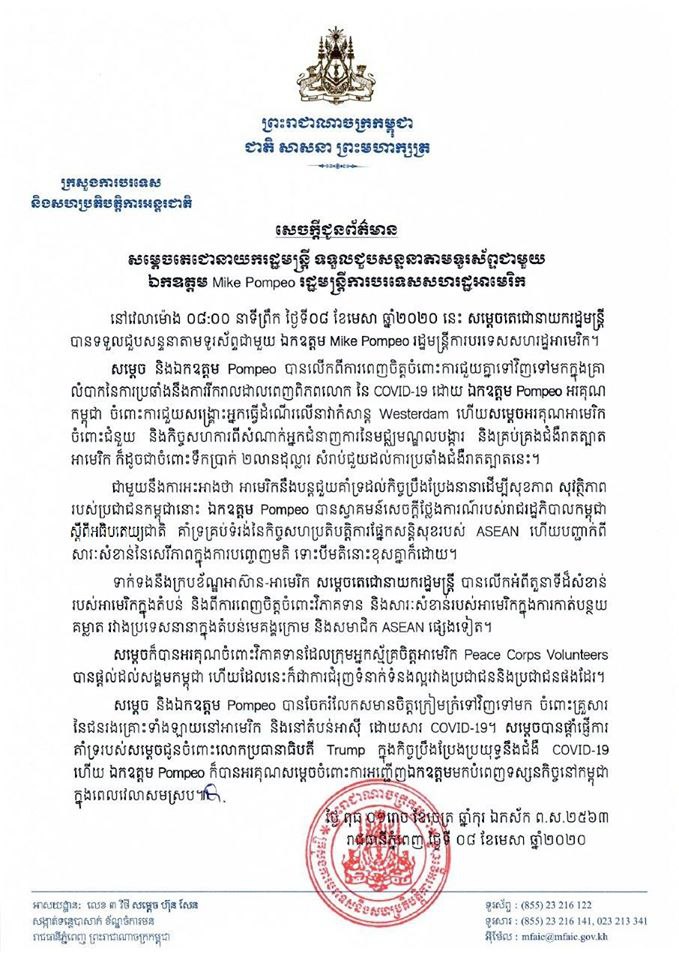