The US envoy criticizes protests by Korean citizens condemning racism 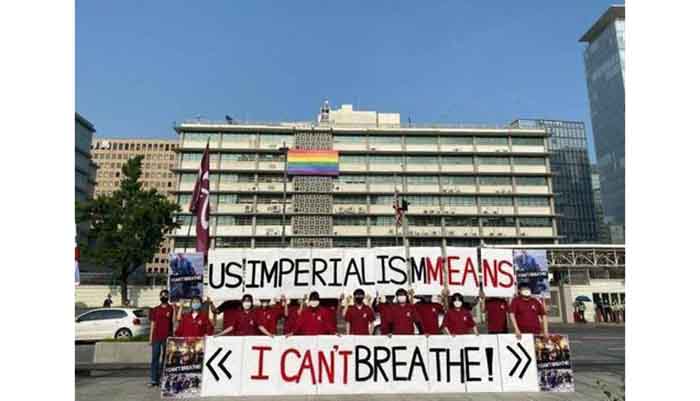 The US envoy criticizes protests by Korean citizens condemning racism

WASHINGTON – US Ambassador to South Korea Harry Harris said Thursday he supports peaceful protests against racism in the United States but against those who condemn his country.

According to the Yonhap news agency, Harris posted on his social media a photo of a group of Korean protesters holding placards reading, "US imperialism means I can't breathe." No, ”he said.

"I do not agree with these protesters but respect their right to peacefully protest here in the Democratic Republic of Korea," he said. "The United States will fully investigate George Floyd's death. Transparency ៕
By: Chhouk Bora