The Steung Meanchey canal becomes a beautiful concrete, water-scent free of all flood 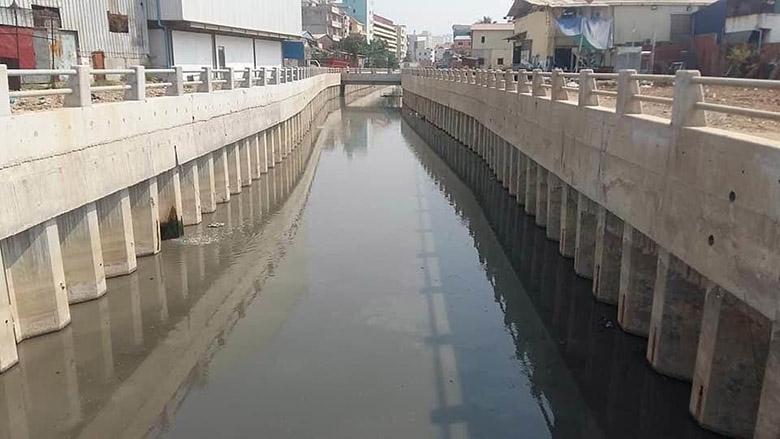 The Steung Meanchey canal becomes a beautiful concrete, water-scent free of all flood

Phnom Penh: Following the introduction of the Royal Government of Cambodia under the leadership of Samdech Techo Hun Sen, Prime Minister of the Kingdom of Cambodia Through Phnom Penh City Hall, at this time, the Meanchey River Canal has been transformed from the Meanchey River into a lagoon. Clean, odorless concrete that can release water from every area, especially in flood-hit areas in Meanchey and Sen Sok counties People living on the banks of the Stung Meanchey canal get land for their house and legal ownership there. Prime Minister's win-win policy

Prime Minister Samdech Akka Moha Sena Padei Techo Hun Sen also appealed to all citizens to use the construction works to survive. Work together to keep your garbage in place properly to keep the area clean.

It would be highlighted that according to the plan of the Phnom Penh Municipal Administration, the construction of the Stung Meanchey Canal was completed soon to ensure the liberation. Rapid sewage avoids flooding Phnom Penh, especially flood relief from the southern and eastern airports 2004 Route 2002 and the Mean Cheung catchment area drain through the Cheng Mean Chey Canal to Boeung Tumpun pumping station.