The Senate will convene the fourth session of the Extraordinary Chambers to review and comment on the draft law on emergency management. 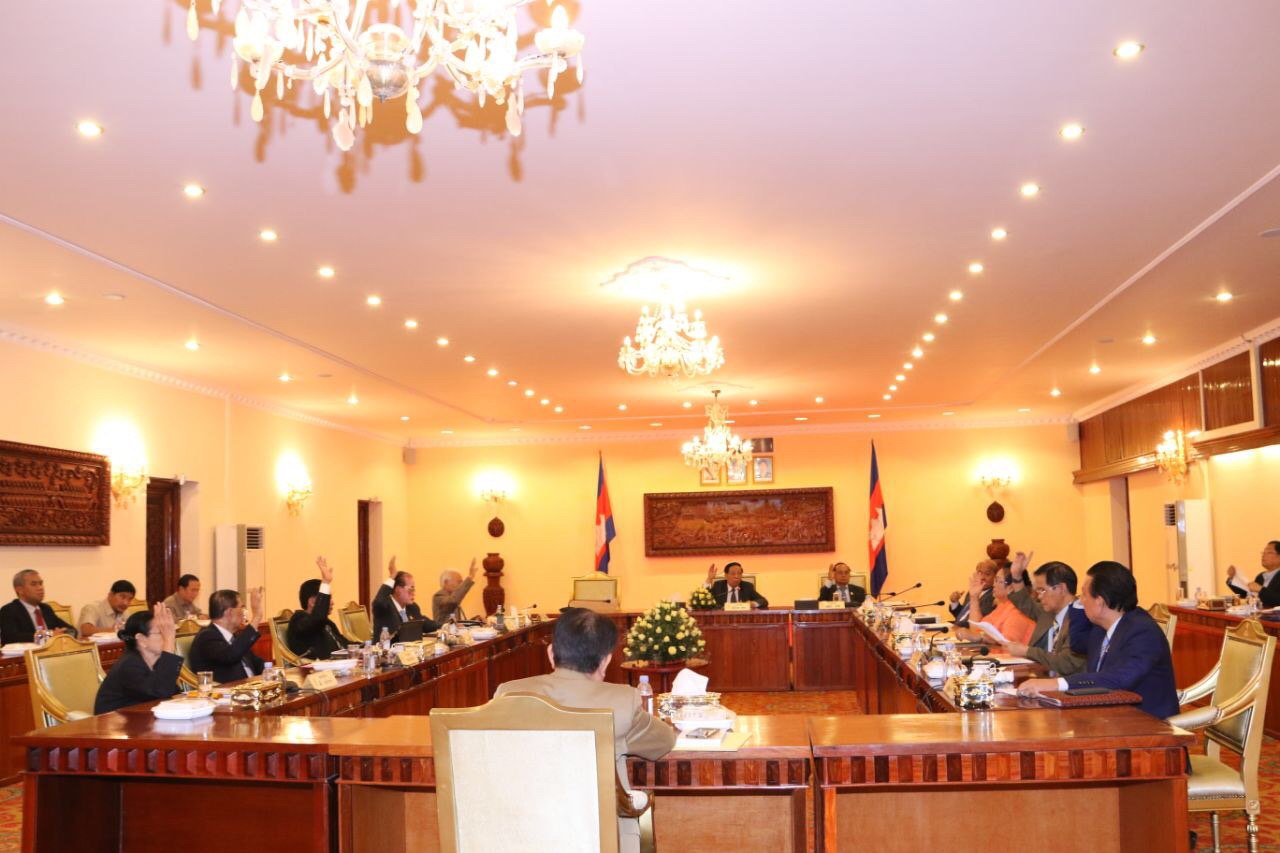 The Senate will convene the fourth session of the Extraordinary Chambers to review and comment on the draft law on emergency management.


His Excellency Oum Sarith, Secretary General of the Senate, said On April 17, the Senate will convene an extraordinary fourth legislative session to review and comment on the draft law on national governance. Emergencies.

The Senate General Secretariat said that this morning, the Senate Standing Committee will convene under the chairmanship of HE. Simaka, Acting President of the Senate.


After reviewing and discussing, the Senate Standing Committee has set a date for Friday, April 17, 2020, to hold an extraordinary Senate session. The only agenda is to review and comment on the draft law on the administration of the state of emergency.

It should be noted that on Wednesday morning, April 15, 2020, the Senate Judiciary and Justice Committee (6th Commission) chaired by HE Ouk Bun Chhoeun The President of the 6th Committee of the Senate held a meeting with Government representatives led by HE Mr. Rith Rith, Minister of Justice to examine the draft law. The Law on the Administration of the Kingdom is in an emergency at the Library of Congress, with the participation of representatives of the Senate.

It should be highlighted that the draft law on emergency management was approved by the National Assembly in the morning of April 10, 2020 by 115 Total number of MPs.

The draft law on the management of the state of emergency is in 5 chapters and is issued in 12 articles. The draft is based on the spirit of Article 22 of the new Constitution of Cambodia which states: “When a nation is in danger; The King shall issue a proclamation to the nation in a state of emergency after the approval of the Prime Minister, the President of the National Assembly and the President of the Senate.

The draft law also provides a legal basis to ensure the implementation of Article 22 of the Constitution and legal basis for the royal authority. The government has put in place indispensable measures in response to the country's situation in an emergency aimed at safeguarding security and order. Public a Protect the lives and health of citizens and to protect property and the environment.

Putting a nation in a state of emergency can be when a nation is at risk, especially if it is a war or an invasion by foreign forces. Public health emergencies are caused by disease outbreaks, severe unrest for national security and public order, and serious disasters. Threatening or dangerous epidemic levels throughout the country.

The article also states that measures taken during a state of emergency can be rolled out for a specific country or territory. Where necessary, the Royal Government may establish mechanisms or delegate authority to any competent authority or use the armed forces to ensure the implementation of the above measures. .

During times of war or in other situations where national security is at serious risk, the management of a state of emergency can be followed by an offensive regime. .

Article 7 of Chapter 4 of the Penal Code states that any intentional act of obstructing or hindering the operation of an emergency response shall be made. Sentenced to imprisonment from 1 year to 5 years and fined from 1 million to 5 million riels. For obstructing operations when the nation is in a state of emergency, a sentence of five to 10 years in prison can be imposed if the act is to cause chaos. Public or affect national security.

Article 8 of the same chapter states that the act of intentionally disregarding any measures imposed by the Royal Government under Article 5 shall be punished. 1 month to 1 year imprisonment and a fine of 100,000 Riels to 1 million Riels. In particular, non-compliance with measures during the state of emergency is punishable by one to five years in prison and a fine of one million. Riel to 5 million Riels if the action causes public unrest.

In particular, any legal entity intending to prevent or impede the operation of emergency response shall be criminally liable under Article 42 (Receiving Criminal liability, legal person) of the Penal Code, with fines ranging from 100 million to 1 million Riels and one or more additional fines. As stated in Article 16 (Penalty applicable to legal persons) of the Criminal Code.

And any legal entity that intentionally disregards the measures laid down by the Royal Government under Article 5 shall be liable to criminal liability as Article 42 (criminal liability of a legal person) of the Penal Code is punishable by a fine of 50 million Riel to 50000. Million riel and one or more additional penalties as such As provided for in Article 168 (Penalty applicable to legal persons) of the Criminal Code. By: intellectual force majeure 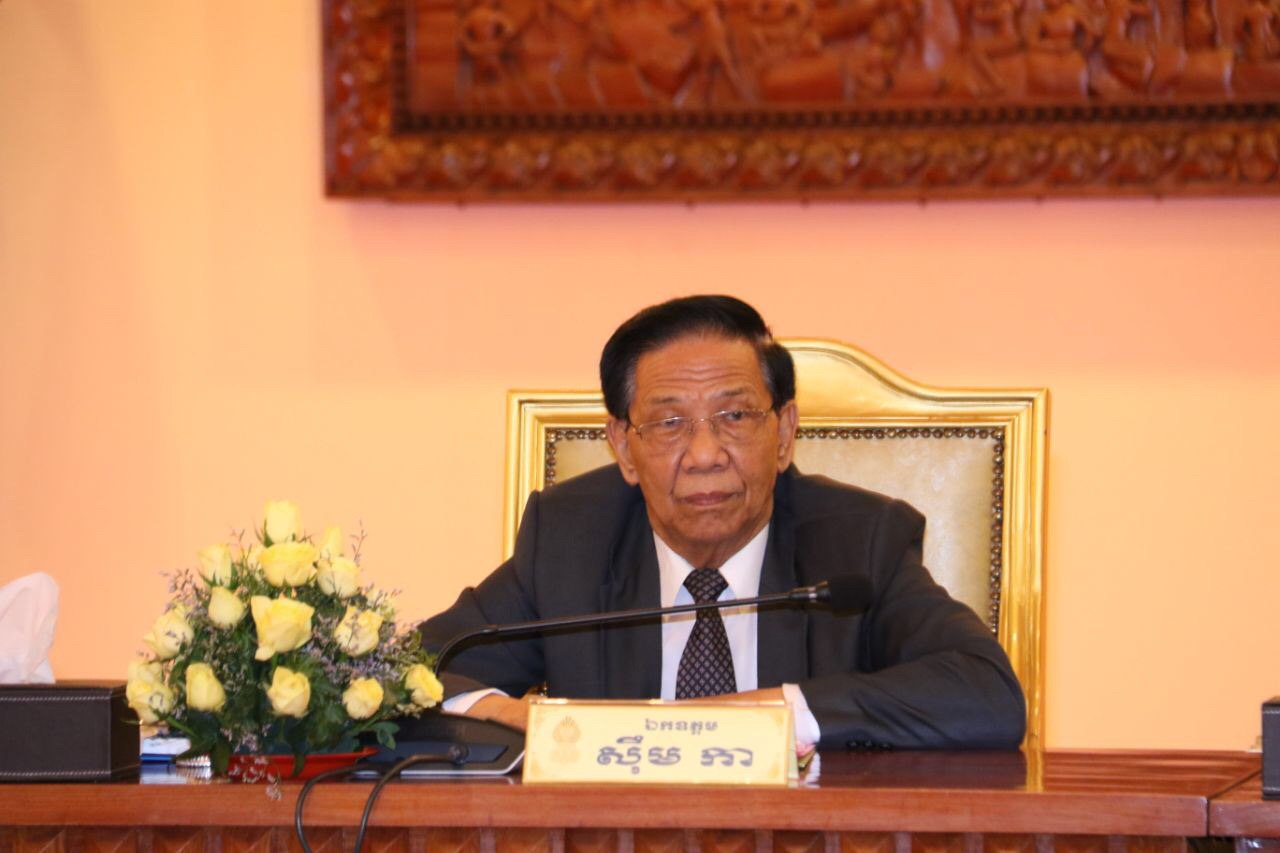 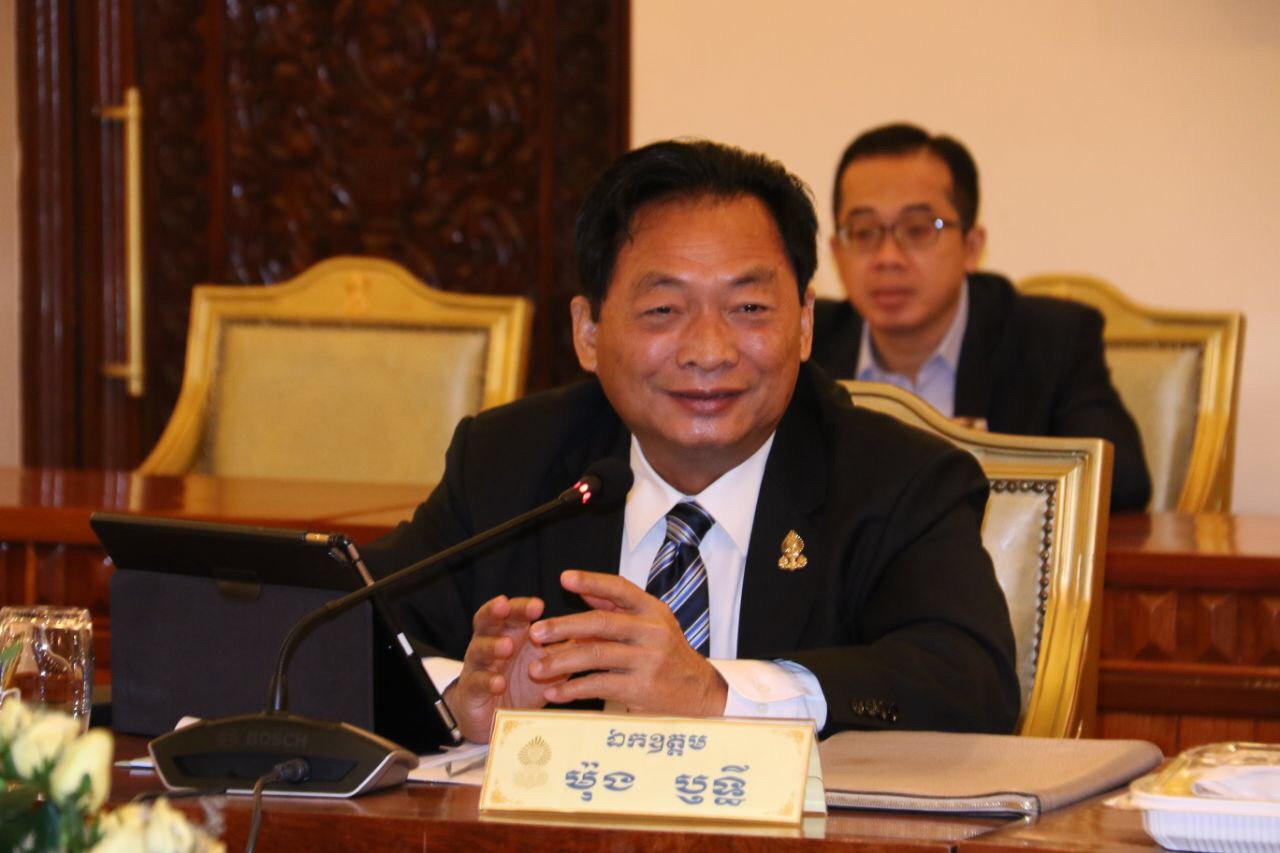 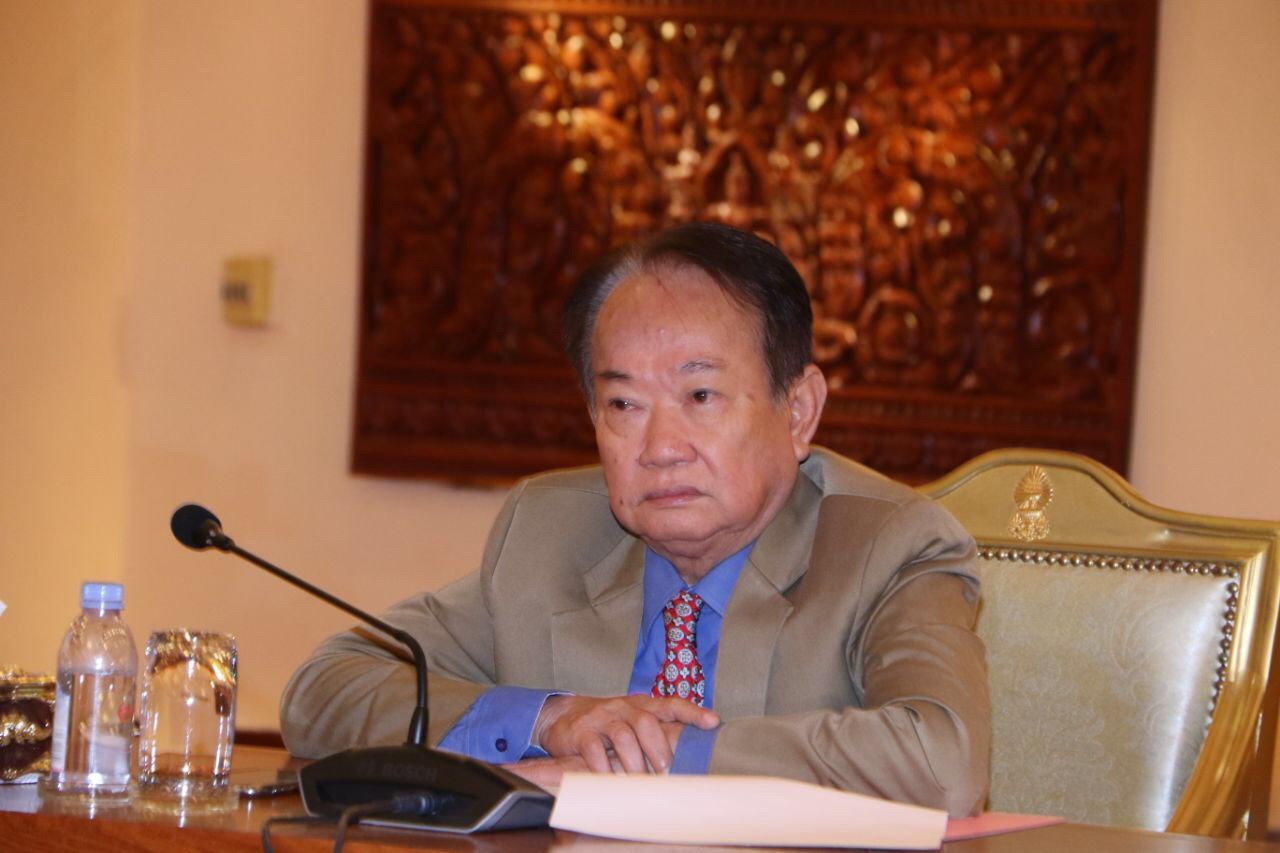 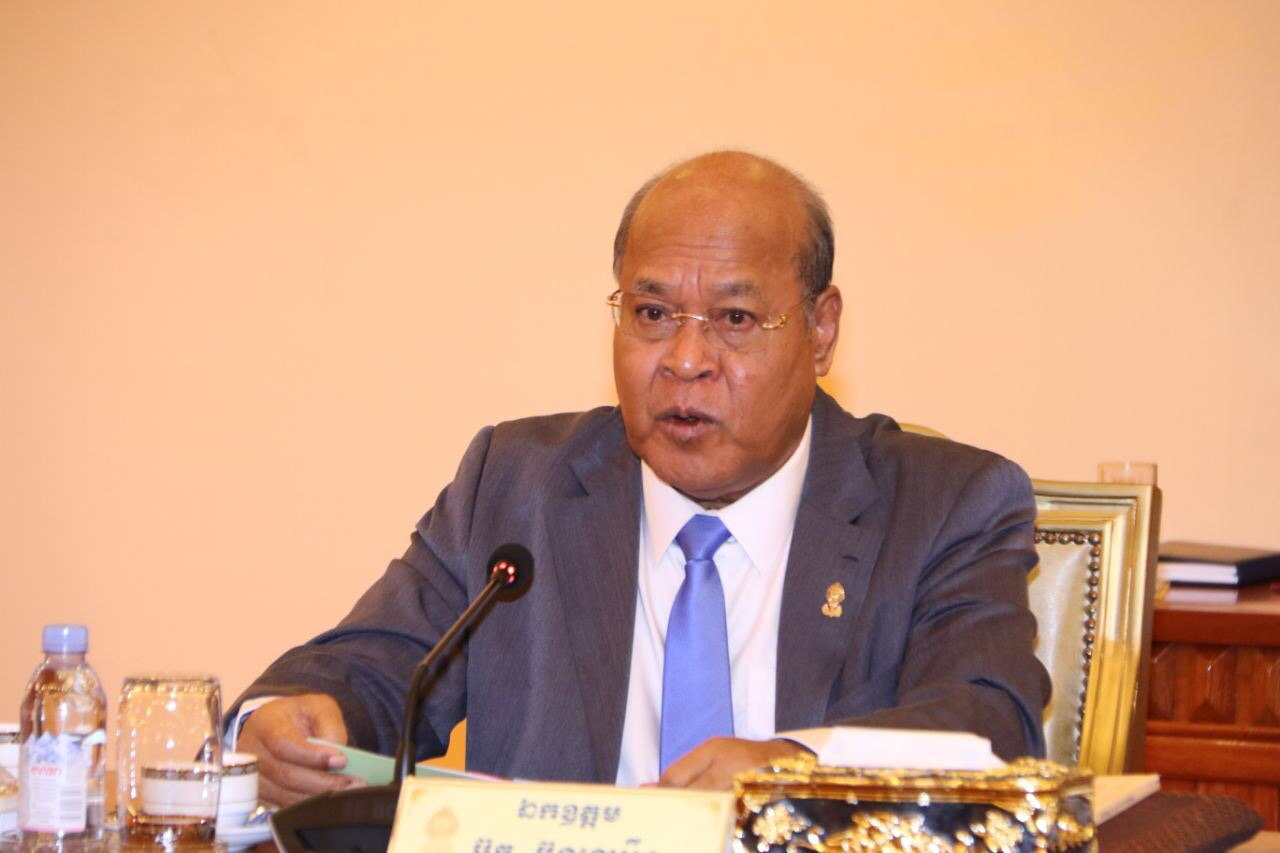 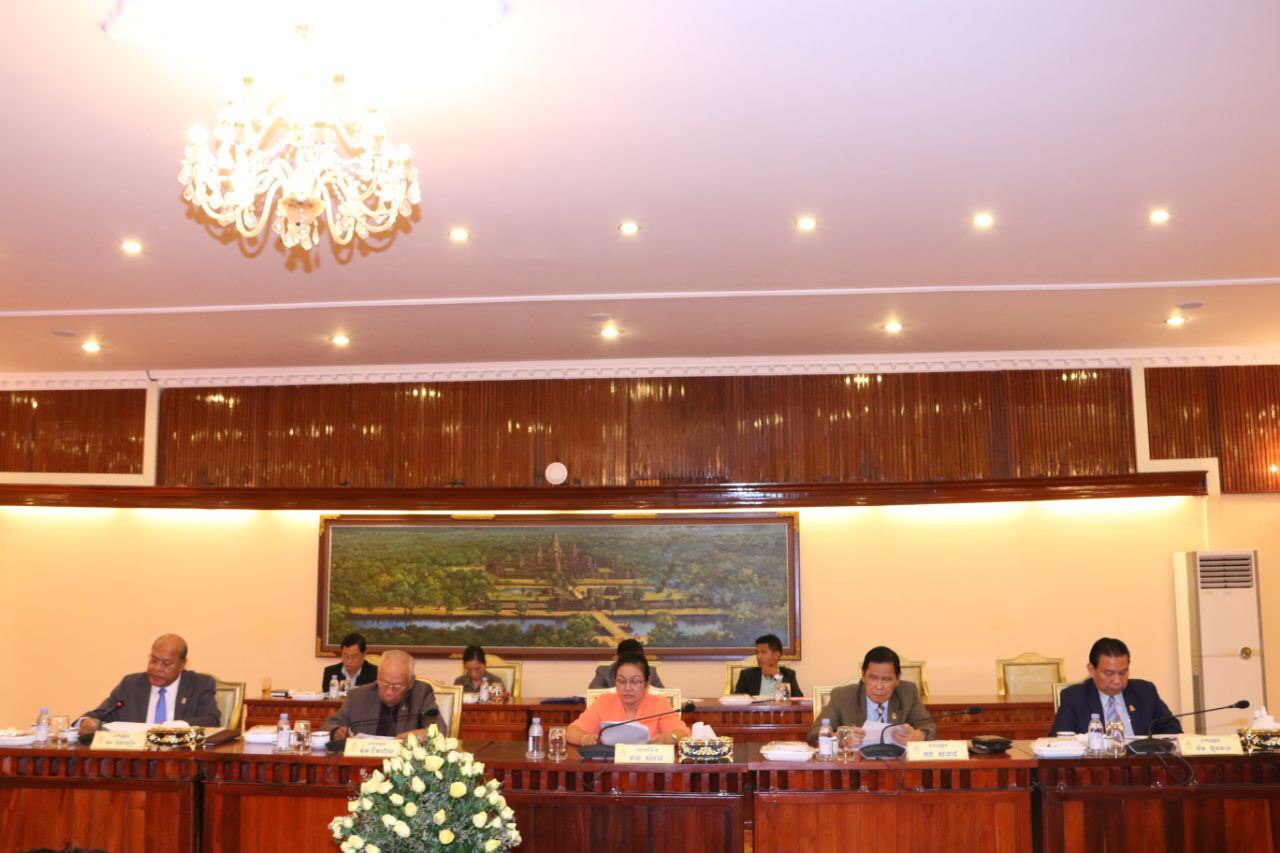 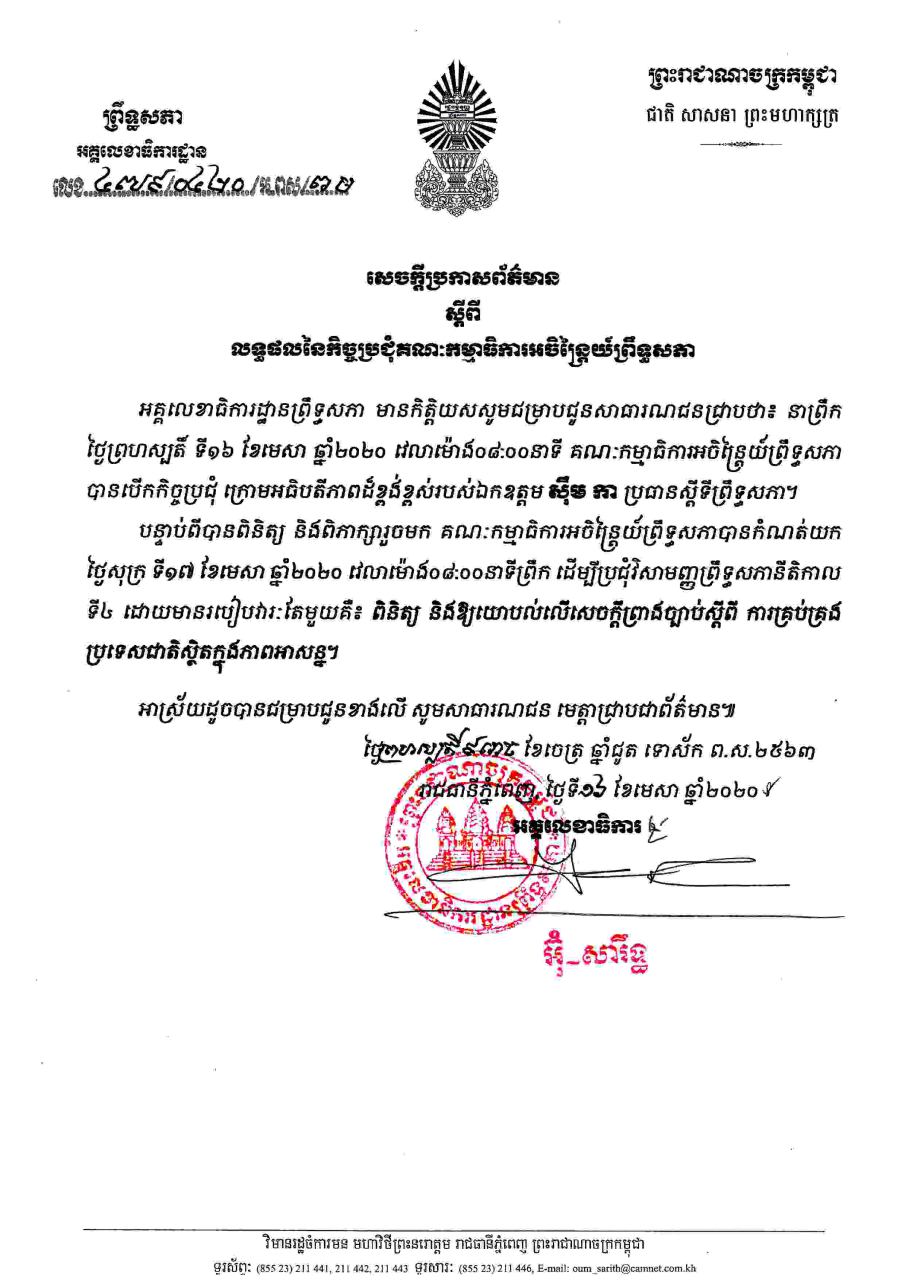 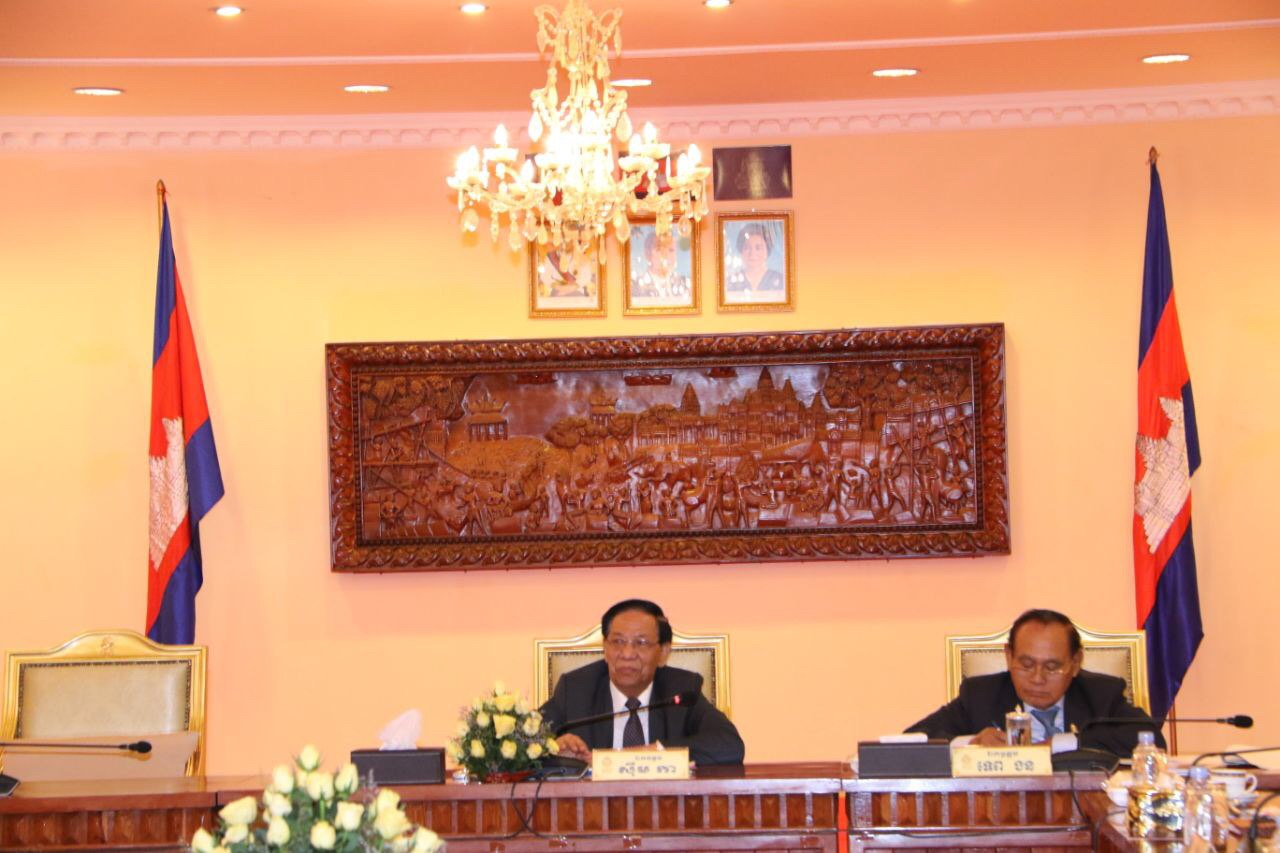 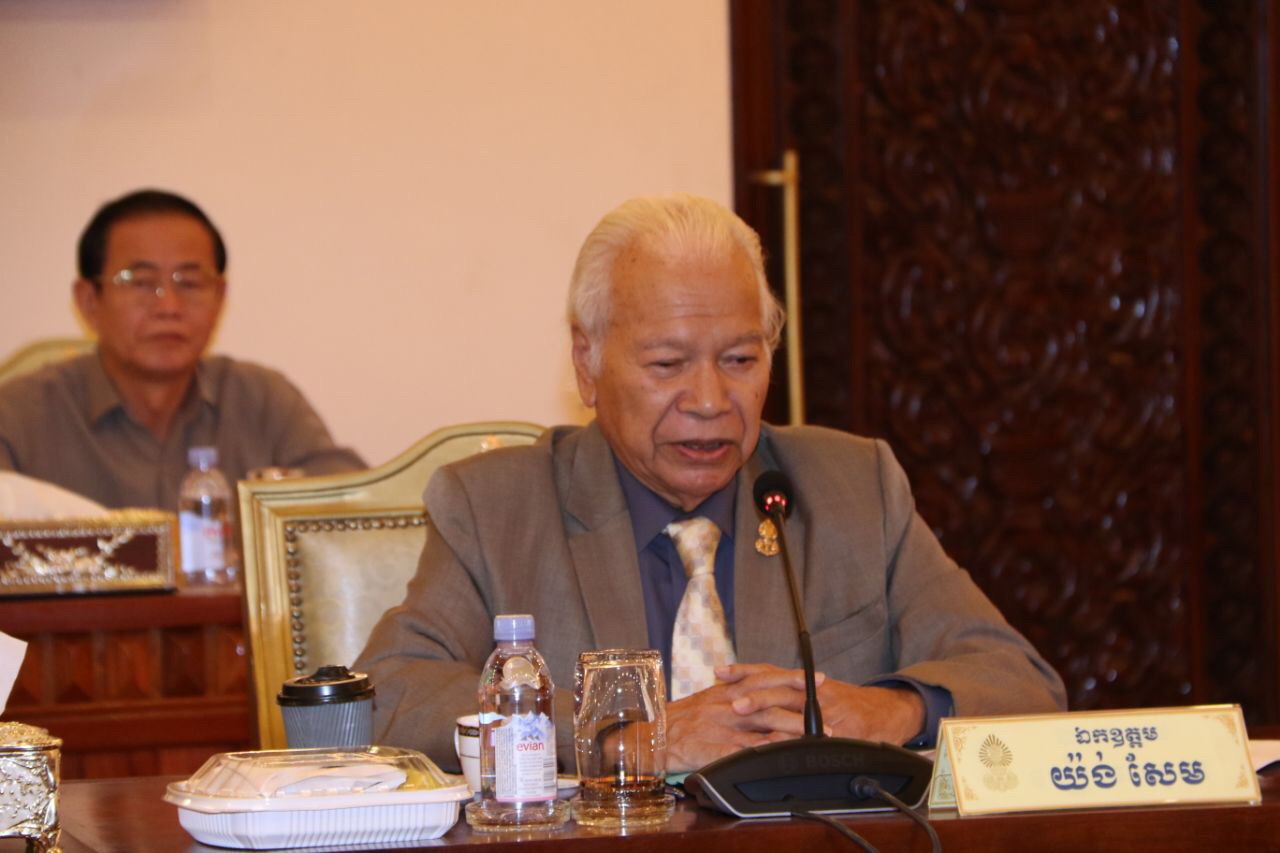 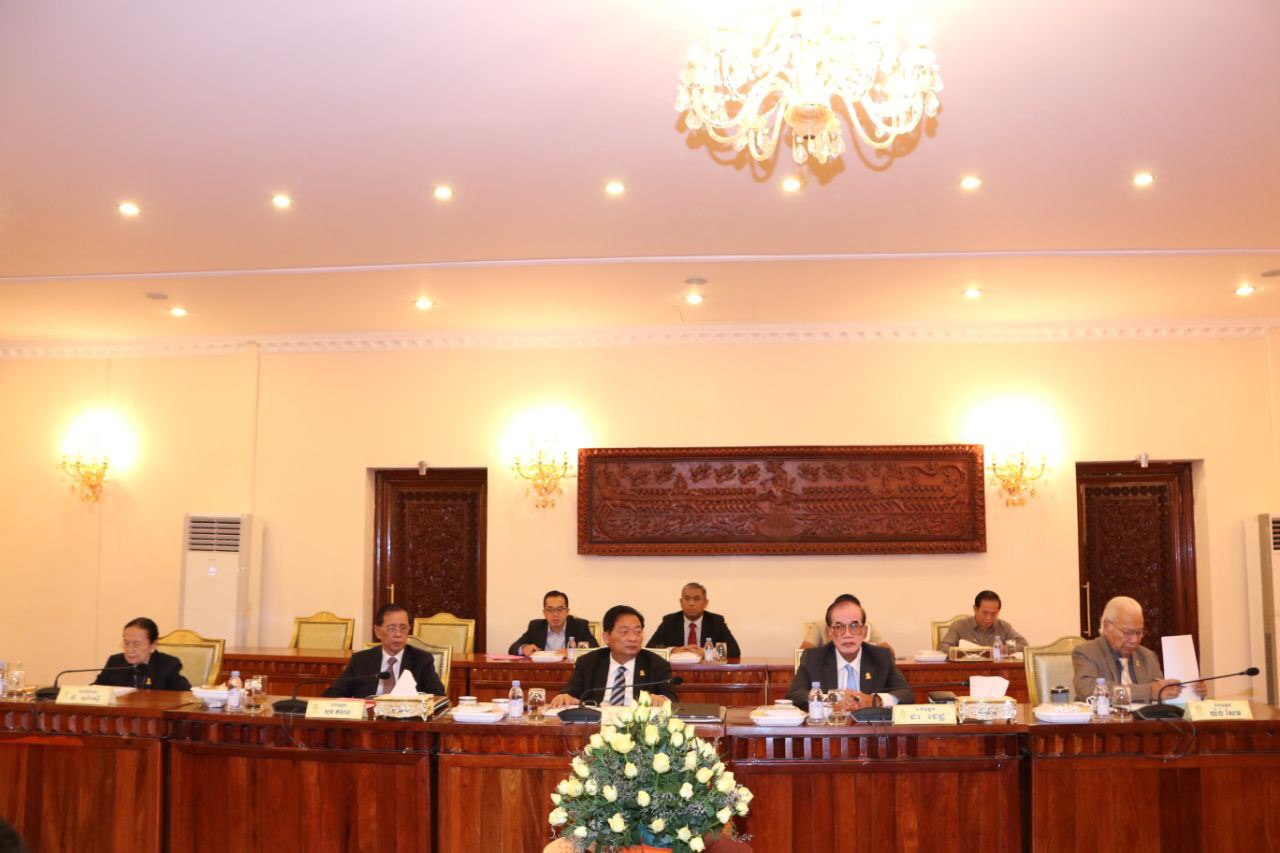 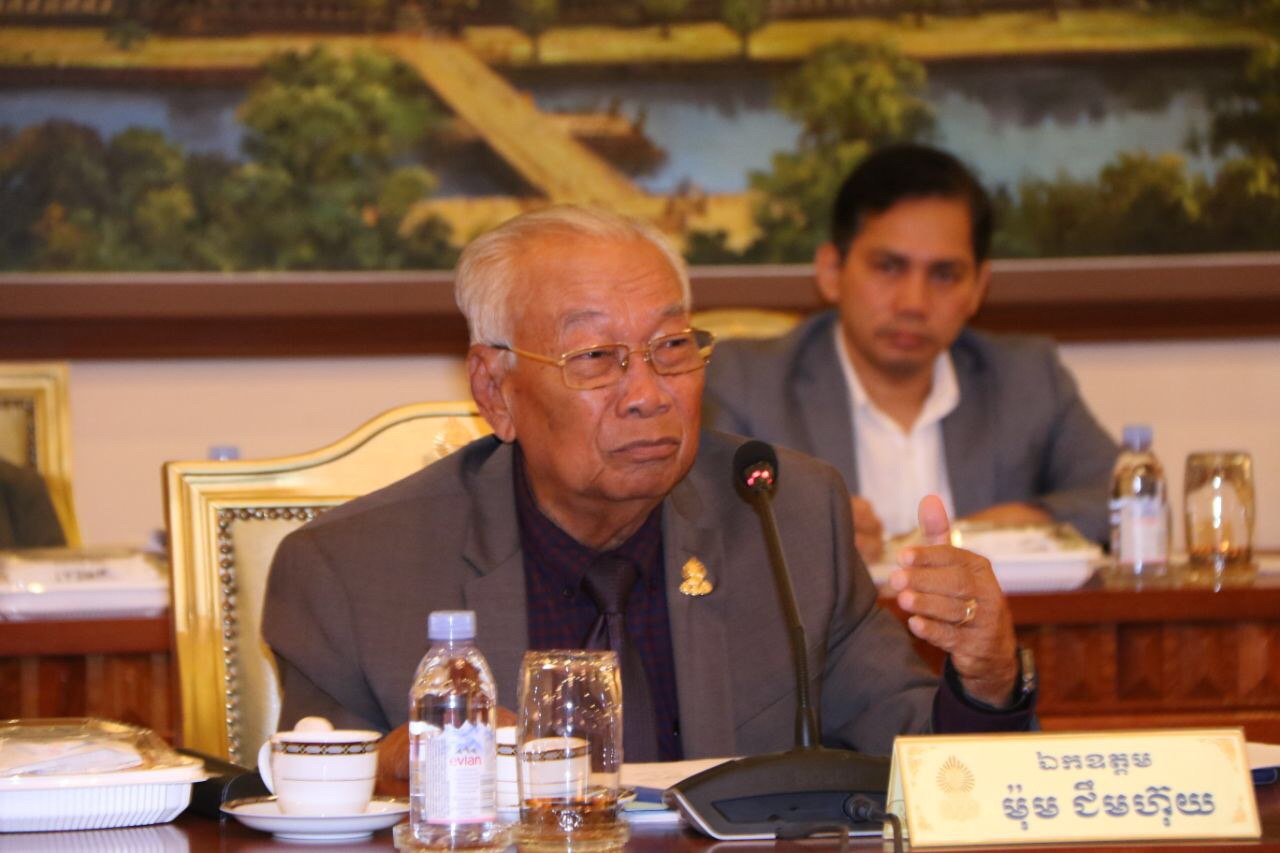