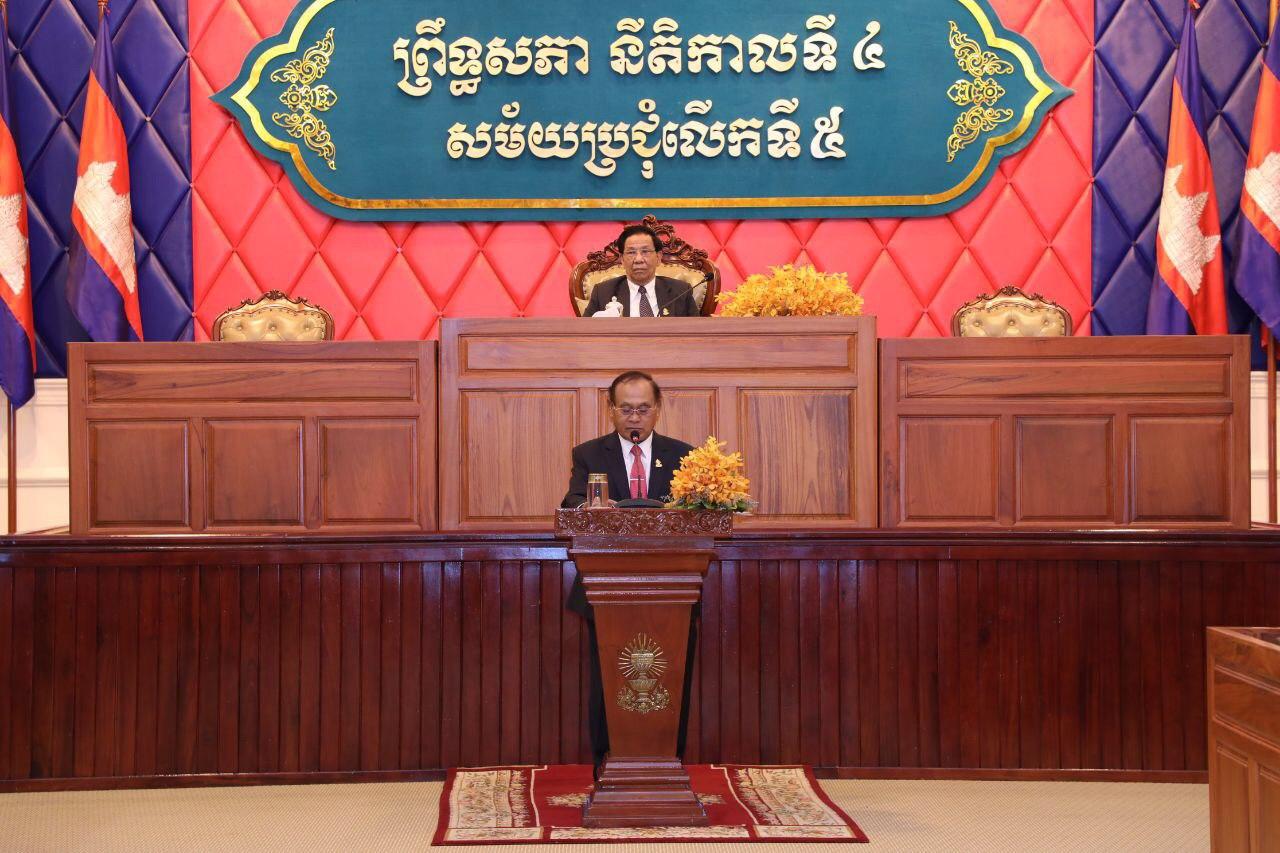 During the three-month session of the Senate, the leaders of the Permanent Committee Committees, Committees, Senators, and Senators all work together to carry out their duties responsibly. It is high and achievable for the benefit of our nation and our people. Prominent action is the focus on grassroots activism through consulting forums, awareness of post-organizing progress. Dissemination forum on the prevention and control of the spread of the disease 19 and direct the medical team to the people as well The Must contribute to the development of all sectors in the sub-national level. The 10-member Committee of the Senate meets with ministries, institutions and sub-national authorities to understand progress. Sector work, information collection and enhanced cooperation with competent authorities at all levels.


Regarding the work of the Secretary General of the Senate, between the sessions of the Senate, the General Secretariat takes care of providing services. Leaders of senators work on the three core functions of the village forum. Two Parties hold Workshops with two Ministries, Institutes and Commissions in various provinces Twice, he accompanied two foreign delegates and participated in the inauguration ceremony of Preah Vihear Achievement in Poch Pagoda It is located in Se Kong commune, Siem Pang district, Stung Treng province.

In addition to providing core services across all three functions, the General Secretariat of the Senate continues to promote the provision of research and information services in all fields. The field of institutional work is also being studied by senators on the draft law or the proposed law. Online, a great way to contribute to the process more effectively, and are preparing to produce a second year of the video. The fourth mandate of the Senate for its 21st anniversary.

The Secretariat of the Senate is preparing to establish the Cambodian Senate's strategy and action plan and the vision of the Secretary-General of the Senate for the future. 10 years (2021-2030). For human resource development, the General Secretariat has trained 224 domestic and 5 foreign officials and signed a memorandum of understanding Between the Secretary-General of the Senate and the Asian Institute of Vision. According to the Memorandum of Understanding, the two parties will jointly undertake the following activities: 1. Research and Publication; Such as workshops, lectures, and 3. leadership training.

According to the Directive on Improvisation and Improving Cost-effectiveness of Financial Management for Management by 2020, the General Secretariat Held a meeting with the 2nd Committee of the Senate to reduce costs other than personnel costs for joining the Royal Government in the fight Against the spread of the Kovir 19 epidemic and negatively impacting the national economy. In the meantime, the Secretary-General of the Senate informed the officials on the prevention of severe respiratory tract infections (covid19), following a number of important measures. Three areas are measures, education, hygiene, administrative measures and the use of online information technology to ensure job sustainability in accordance with the situation and requirements Necessary institutions and nations.

Between the fourth and the fifth session, the Senate committee took over Actively working with the ministries, institutions and provinces to monitor the implementation of the Constitution, laws and policies The Royal Government Government has been working to put in place to improve living conditions in all sectors of our people throughout the country. Reflecting on the mission to all Committees, the Senate highly appreciates the wide range of results and achievements The areas that the Royal Government strives to achieve, in the spirit of high responsibility for the continued development of the country in a new and effective, quality of reform. Above all The sector, especially the implementation of the Rectangular Strategy Phase 4, is chaired by the Royal Government of the National Assembly (NA).

In line with their respective jurisdictions, the committees of the Senate were interested in the following key areas:

– The process of decentralization and deconcentration has been achieved better after the Royal Government sought to move services closer to the people by transferring the structure of human resource function and Budget to subnational level. Providing public services in an efficient, transparent and accountable manner, especially one-stop service, contributing to the development of the country. The economy will improve the lives of local people.

– Immigration law enforcement, the media law, the anti-corruption law are better, with the authorities paying more attention to the public The education measures prevent and prevent corruption by a five-point good governance approach.

– Education, sports, youth, sports, religion, culture, arts, and tourism have made significant progress in the implementation of the Royal Government of the Kingdom 6 of the National Assembly. Challenges The Ministry of Competitiveness has continued to work with high responsibility to achieve the National Strategic Development Plan 2019-2023.

– Agriculture development, water resources investment plans, rural development and environment were implemented in accordance with the Royal Government's mandate for the sixth mandate of the National Assembly. The Ministry is trying to address some of the challenges such as solid and liquid waste management, lack of irrigation, seeds, agricultural techniques, land management, natural resources etc. .

– Information dissemination is improving as media continue to expand in tandem with the rapid evolution of ICT. Citizens get more and faster information.

– Implementation of the sub-national development plan, in accordance with the procedures and steps of the budget, as established by the Bid Audit and Assessment Committee Oversee the project implementation and the project bid committee.

Overall, the Royal Government has continued to promote effective implementation of all its deep state reforms in all areas, with good governance at the core. . Democratization processes at both the national and sub-national levels are constantly being strengthened and expanded. In line with the bold step forward of the Royal Government, the Senate would like to support and encourage the Government to increase its activities to accelerate economic growth. The society is progressive and believes that under the light of reforms in all areas, the implementation of the laws and policies will be more inclusive. Smooth and available Better results extended the benefit of strengthening good governance, accountability, transparency and building the rule of law, sustainable development.

The Senate fully supports the efforts made by the Royal Government to prevent any progress against corruption. Spread the global epidemic of cholera 19 to protect the health and well-being of its people. At the same time, the Senate has announced its readiness to support key measures of the Royal Government for addressing the challenges facing the country in the complex transitional period. This: By: Kolab 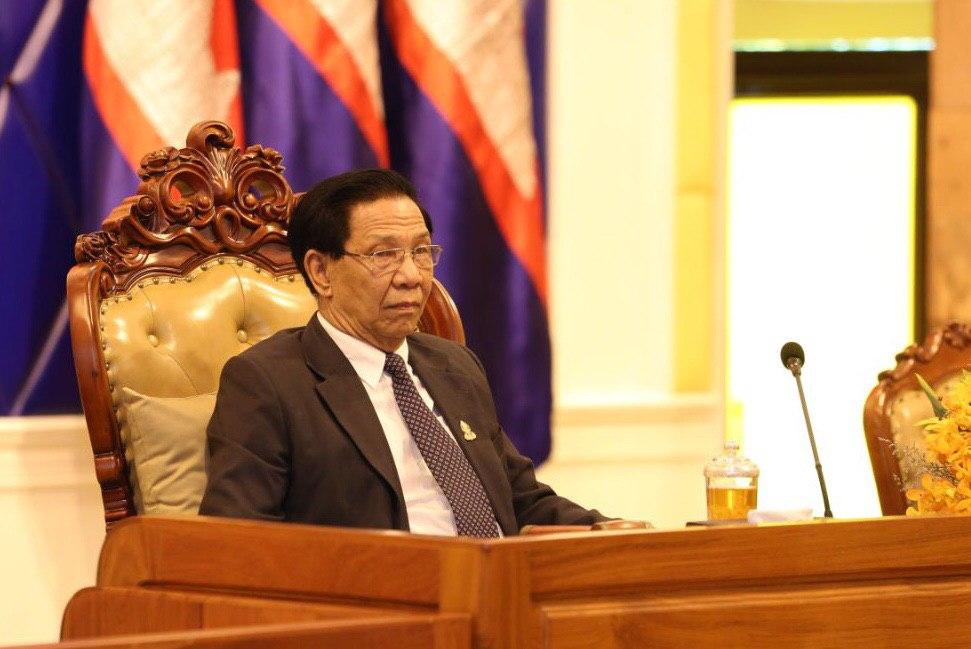 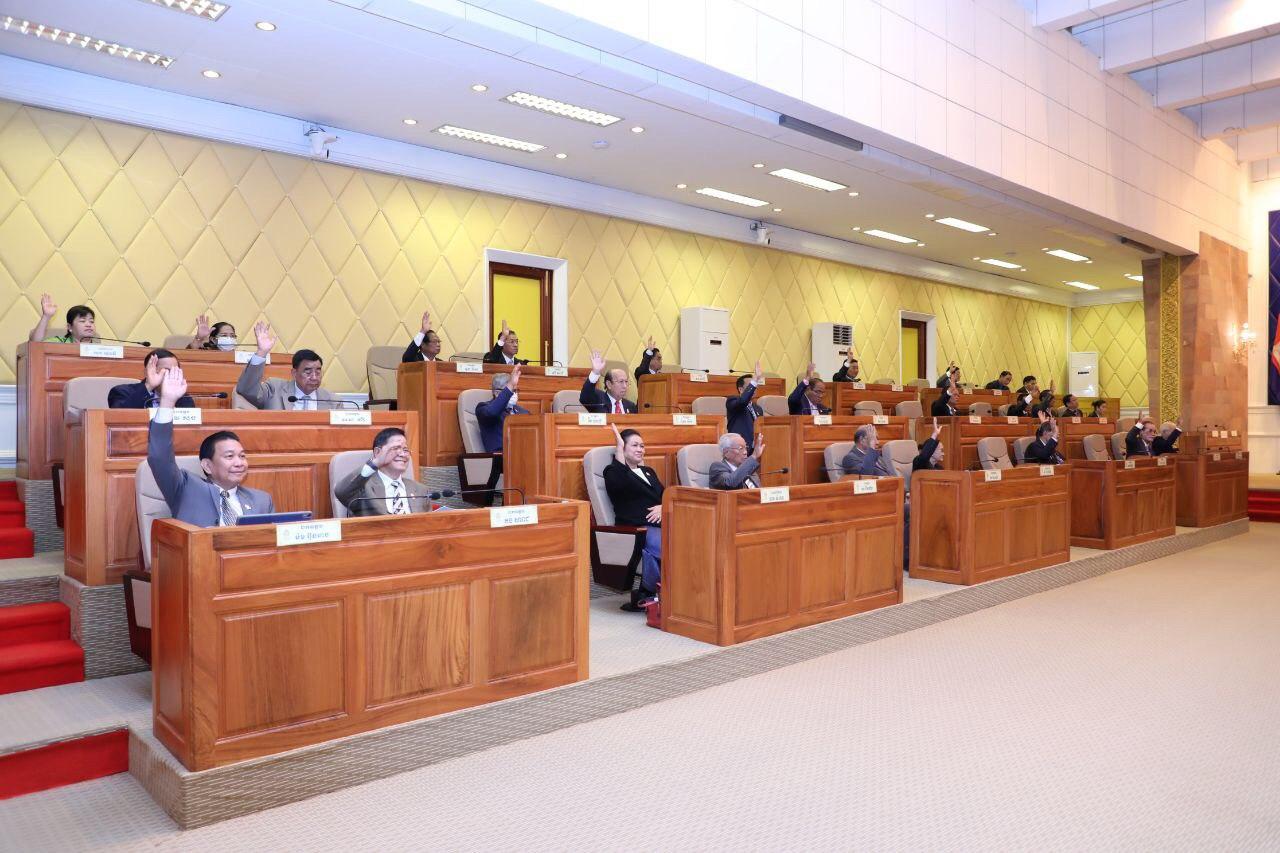 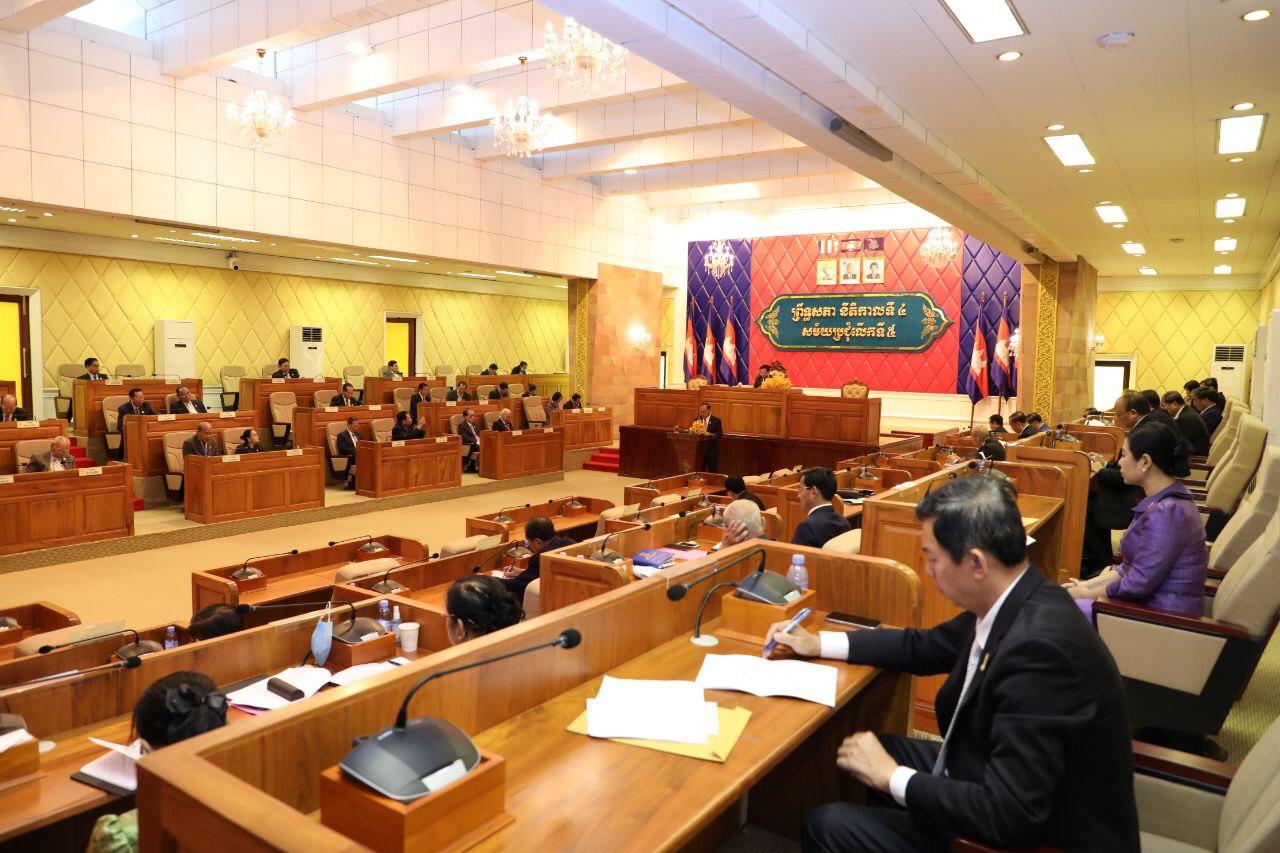 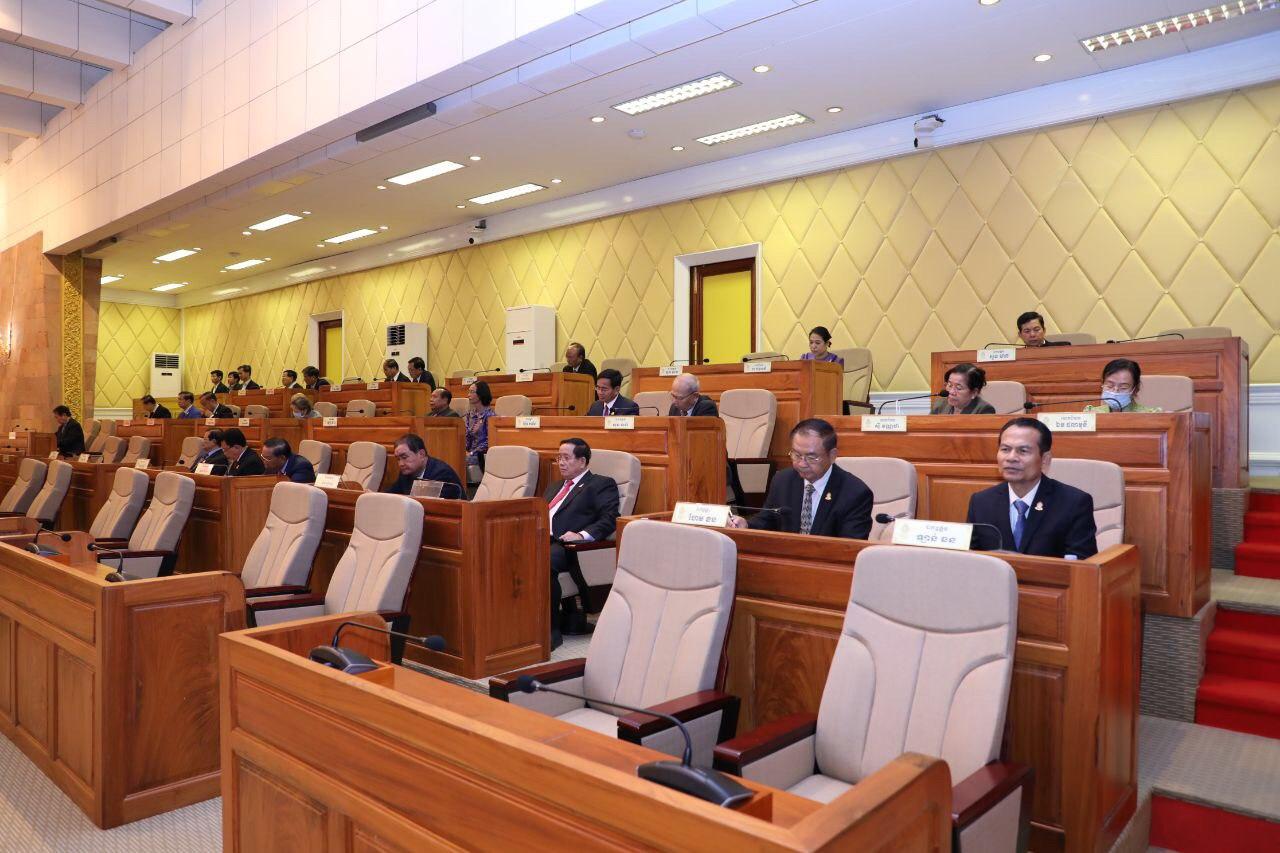 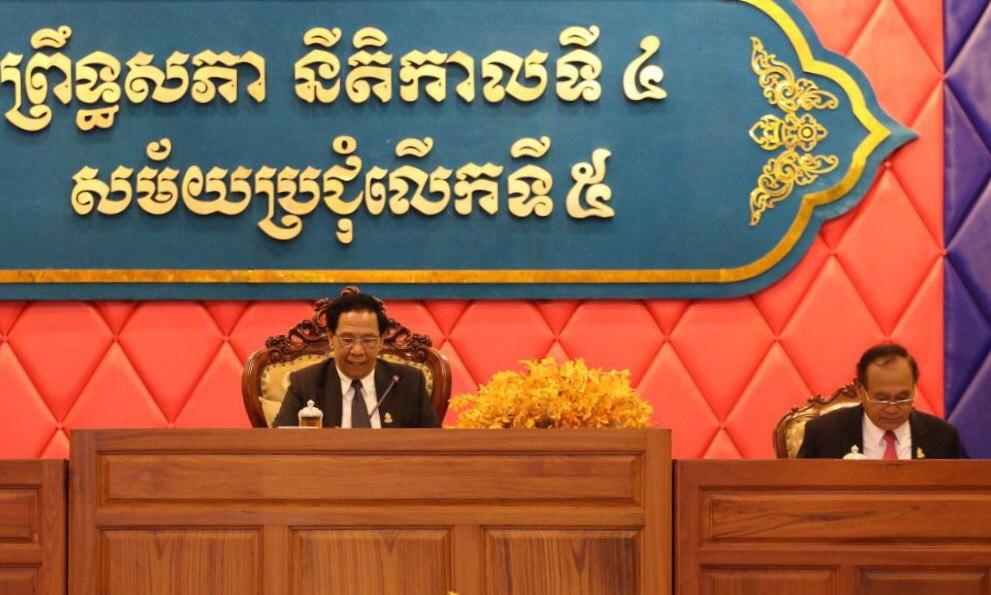 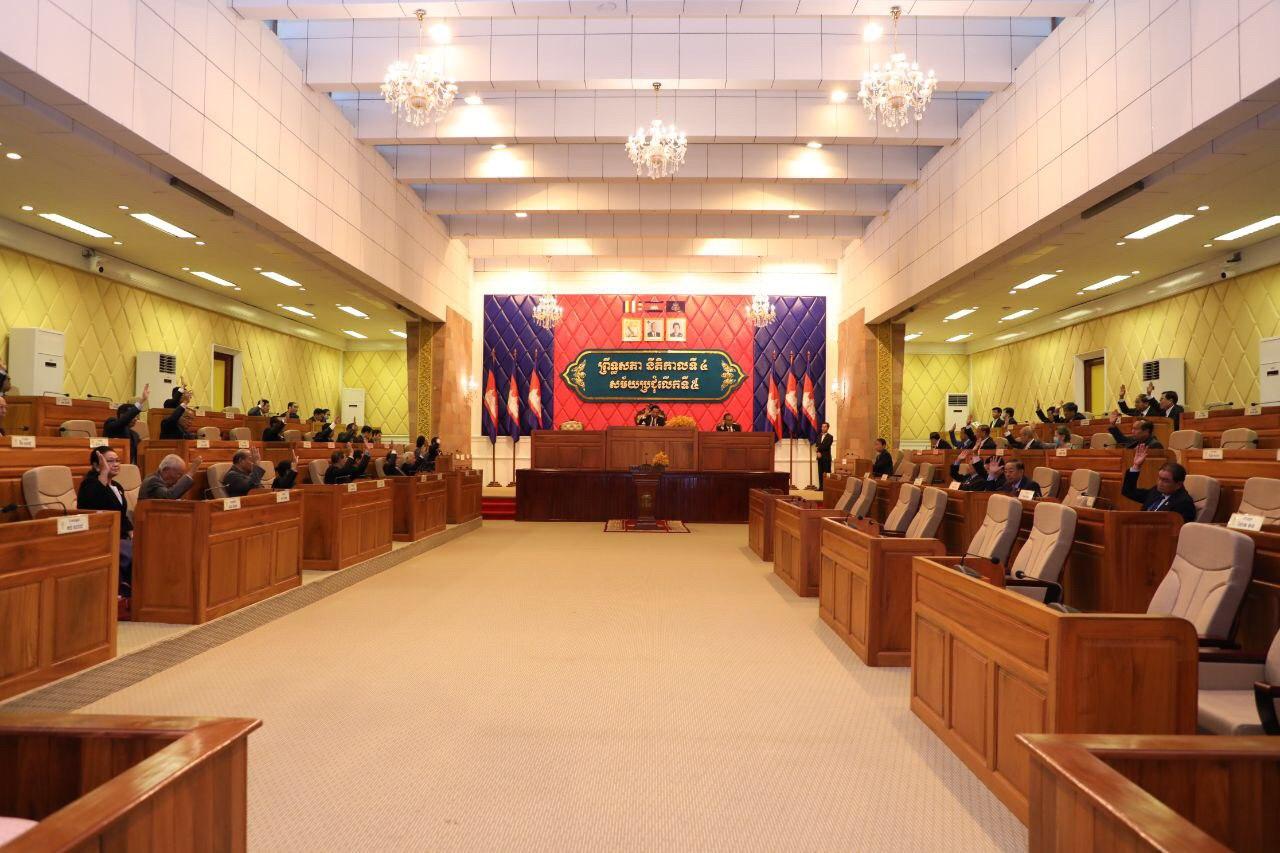 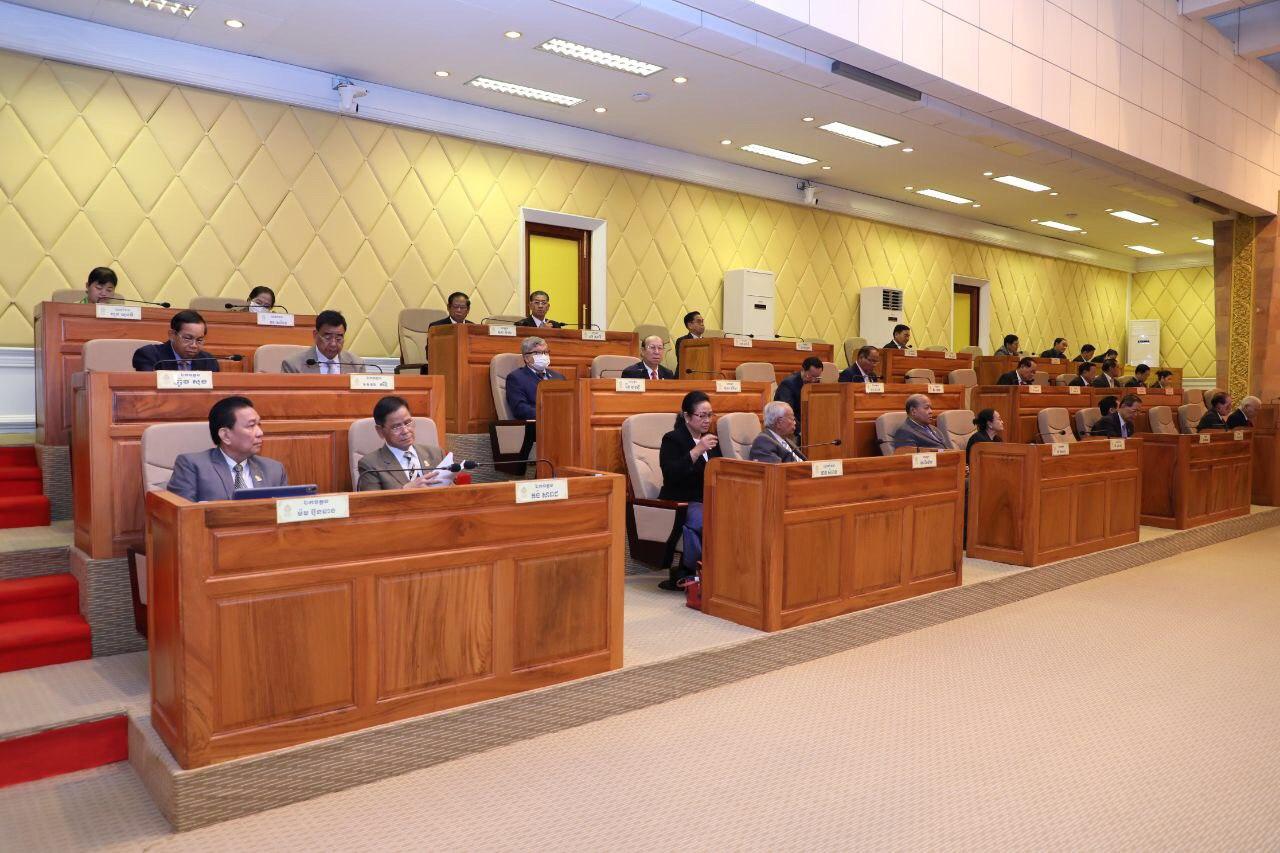