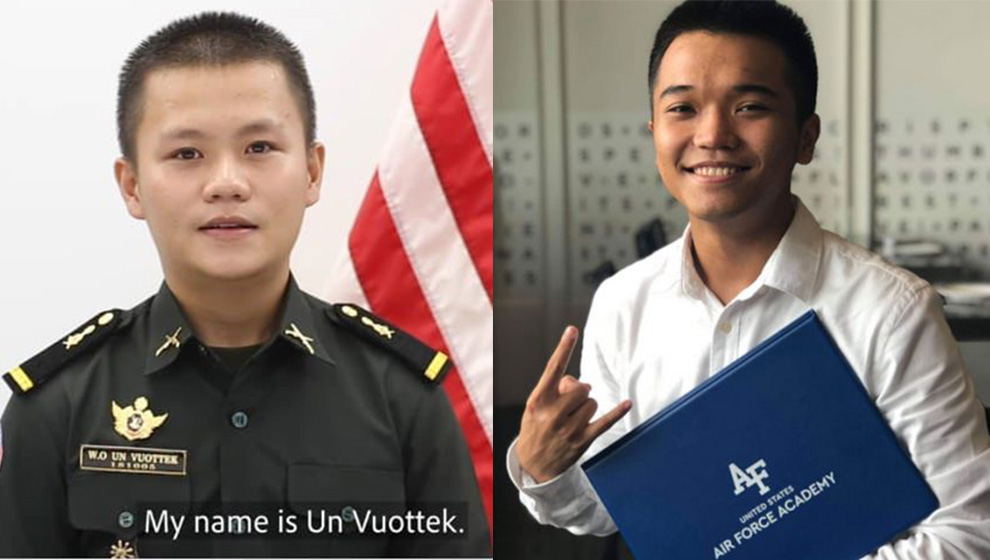 
Phnom Penh: The Royal Government of Cambodia has announced its responsibility to continue paying tuition fees to six Cambodian military students studying at the school. The US Military Academy, which was unanimously decided by the United States to suspend its studies before the end of the year Study. This is according to the press release of the spokesperson of the Ministry of National Defense of Cambodia.

A press release issued by the Ministry of National Defense on the night of July 2, 2021 informs national and international opinion According to the unilateral decision of the United States to stop paying tuition fees for students of the Cambodian Military Academy who are studying in the United States The Ministry of National Defense of the Kingdom of Cambodia would like to confirm the urgent and necessary action related to the study of military students of the Academy of Cambodia. Six are studying at US military academies.

"Seeing the hardships of all the students of the Royal Military Academy of Cambodia caused by the dismissal," the statement said. The obligation to pay tuition fees on the part of the United States and in the spirit of responsibility for the future and the interests of Academy students Cambodian Military The Royal Government of the Kingdom of Cambodia will continue to pay tuition fees for all six students of the Cambodian Military Academy until the completion of It is final.

The Ministry of Defense of the Kingdom of Cambodia will liaise with relevant US agencies in this regard.

According to documents obtained by the Post, the six students of the Cambodian Military Academy, who were required to pay a total of $ 1,100,000 in tuition fees, include: Tri Leang Cadet, a West Point graduate, will graduate in 2022.

Second, Un Vuth, with the rank of SGT, studied at West Point School and graduated in 2024.

Third, Pich Chantrea, a Cadet with a degree in US Naval Academy, must graduate in 2022.

Fourth, Tan Chanbopich, Cadet with a degree in Coast Guard Academy, must graduate in 2022.

Sixth, Long Tola, a CWO with a degree in Air Force Academy, must graduate in 2024.