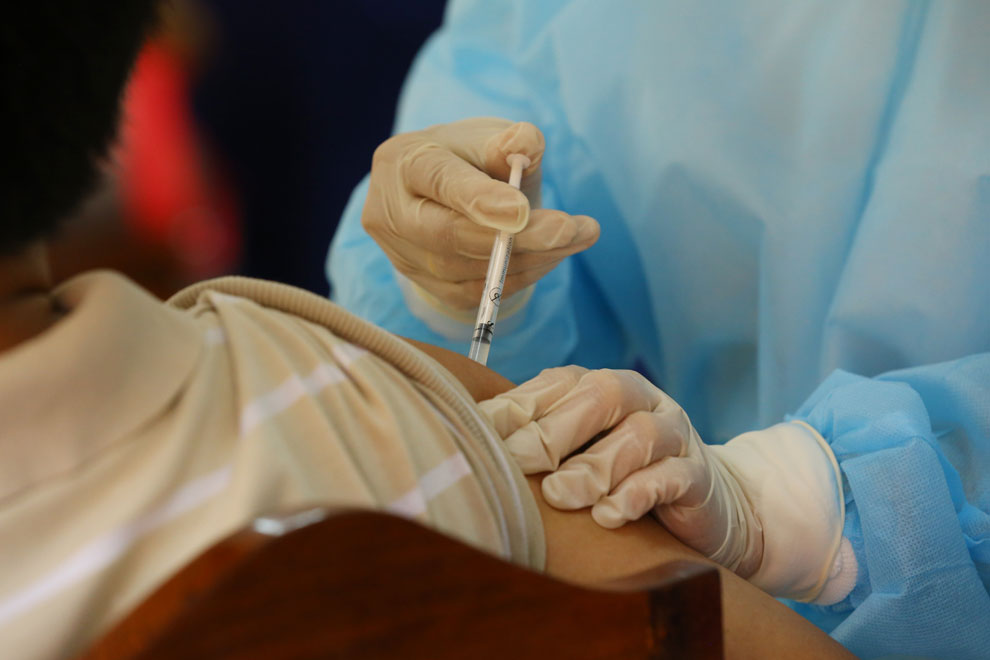 
Phnom Penh: Prime Minister Hun Sen has asked ministries, institutions and provinces to stop asking for vaccinations at institutions or provinces. Vaccination is carried out according to the master plan, given in Phnom Penh first, then in Kandal province.

According to an audio message from Prime Minister Hun Sen on May 29, the master plan for the vaccination strategy is a flower-based strategy. Inside out.

Prime Minister Hun Sen said: "I would like to ask His Excellency, Lok Chumteav, the Minister of various institutions and the governor of the capital to stop Let him continue the vaccination here a little bit, a little bit there, if we do this we will not get "The effect in this vaccine."

So far, the vaccination has been done in Phnom Penh, which has so far vaccinated more than 1 million people and will then be vaccinated. In the towns of Kandal and then in the main destinations, towns and factory areas where workers are concentrated in the provinces.

The Prime Minister also said that it is estimated that there are more than 10 million people over the age of 18 so far. More than 2.4 million people have been vaccinated.

He added: "Our initial needs for people in Phnom Penh, Kandal and other cities, towns and provinces with workers. "We can consider between 5 and 6 million people as a priority for the phased delivery, depending on the number of vaccines we have."

The Prime Minister said he would hold talks with Commission Chairman O Vandin on post-vaccination work in the capital. Phnom Penh, and for Kandal province, where to focus and give priority, and he said that this is the way Best for building resilience in the community.