The prime minister reacted strongly to Vietnam's VNA press release, which had an impact on Cambodia 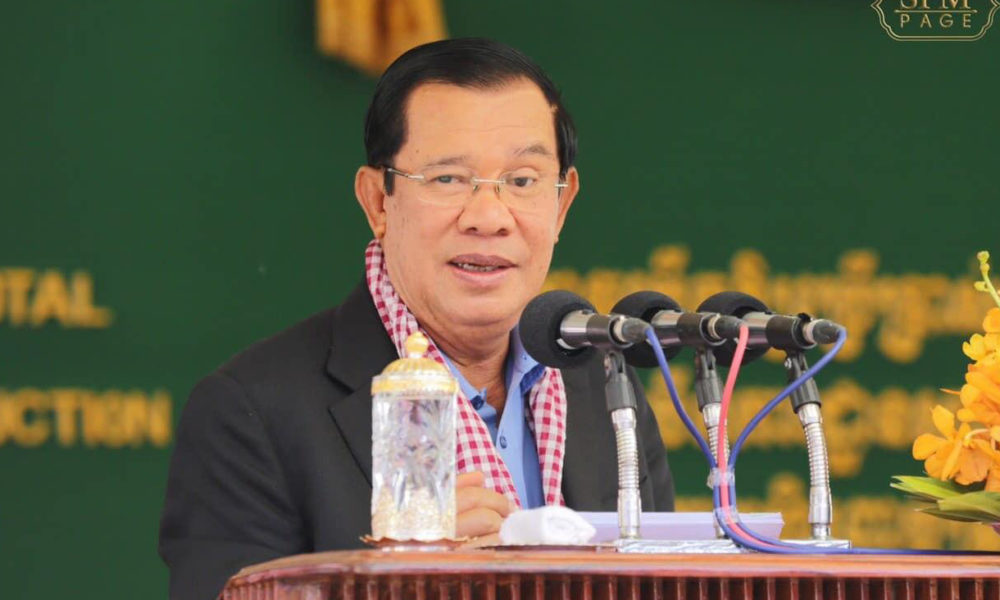 The prime minister reacted strongly to Vietnam's VNA press release, which had an impact on Cambodia

Cambodia's Prime Minister Samdech Akka Moha Sena Padei Techo Hun Sen has voiced his strong reaction to Vietnam's VNA, which reported that Vietnam is restricted to people from Europe and Cambodia. Foreigners are protesting the Vietnamese side for this, or Cambodia will The protest is a diplomatic note.

Recently, a Japanese VNA newspaper reported that a Japanese person had been infected with COVID-19 after flying from Siem Reap International Airport through Vietnam's Ho Chi Minh City and then headed to Japan, which contained the virus. Cambodia is at risk for Vietnam.

At the inauguration of National Road No 55 in Veal Veng district on the 9th of March 2020, Samdech Techo Hun Sen said that he did not understand that some Cambodians are scared of the people and even look down on them. Khmer Health System In fact, even countries with more modern health systems in Cambodia still have to die, which is why they are stigmatizing Khmer health systems alone.

According to the Vietnamese embassy, ​​the Vietnamese Ministry of Health recommends strengthening the security of entry in all nations, but Vietnam's VNA newspaper says it is more restrictive. From Europe and Cambodia.

Samdech Techo Hun Sen added: "So, Cambodia is in the category of being classified as Vietnam. I do not agree, I immediately use Sokhon to contact Vietnam. The Vietnamese ambassador in the province had heard of this and protested to a news outlet, but the news had not yet been withdrawn. I said, "If not, please set a protest with Vietnam. Why did you send my country? It's a risky country for Vietnam. ”

Samdech Techo Hun Sen also told the Vietnamese ambassador that this would be a problem if the people of Cambodia reacted and the Cambodian people would be able to close the border from Vietnam to Cambodia. .

He added, "But resolved yesterday and VNA has refused to withdraw from his website and the press, the fact that the health body, whose official body did not mention the Cambodian name, is a European name. VNA takes the name of Europe and Cambodia in Vietnamese and English.

The Prime Minister also told the Khmer people that if we were scared and ran for treatment in Vietnam, would they go? If only Cambodia was not sick, Vietnamese newspapers would be bad news for Cambodia and Thailand would not let us in. The prince said that only he had confidence in himself and if in doubt go to the doctor to protect himself, his family and others.

Regarding the issue of Kov 19, the Prime Minister said that now is the time for all countries to work together to control the situation from spreading.
He also called on all nations of the world not to paint Cambodia, as is the case when Cambodia does the right thing to all nations of travelers on the Westerdam in a humanitarian crisis painted as women. The US had contracted the coronavirus from Cambodia, which did not cause any problems, and that made it worse for Cambodia Also for a while.

Samdech Techo also thanked the Vietnamese ambassador for helping VNA adjust the issue, otherwise Cambodia would set a protest embargo on Vietnam.
In addition to the VNA, a number of Vietnamese newspapers reported on the issue.

Please note that on March 5, the Cambodian Embassy in Japan also confirmed the condition of a Japanese person who had been infected with the new Coronavirus, or Covid-19, who had been diagnosed while leaving Cambodia for Japan through Vietnam. According to a letter from Ung Rachana, the Japanese ambassador to Japan, reported to Deputy Prime Minister Prak Sokhon, the Cambodian foreign minister, that the Japanese man had been found to have HIV-positive 19 on arrival at the airport. Chubu, of Nagoya, Japan, when he went to talk to officials, as he was having difficulty breathing. He left Siem Reap Airport at 20:57, March 3, 2020, to Ho Son Nhat Airport, Ho Chi Minh City, and changed his flight to Nagoya, Japan. By: Khada