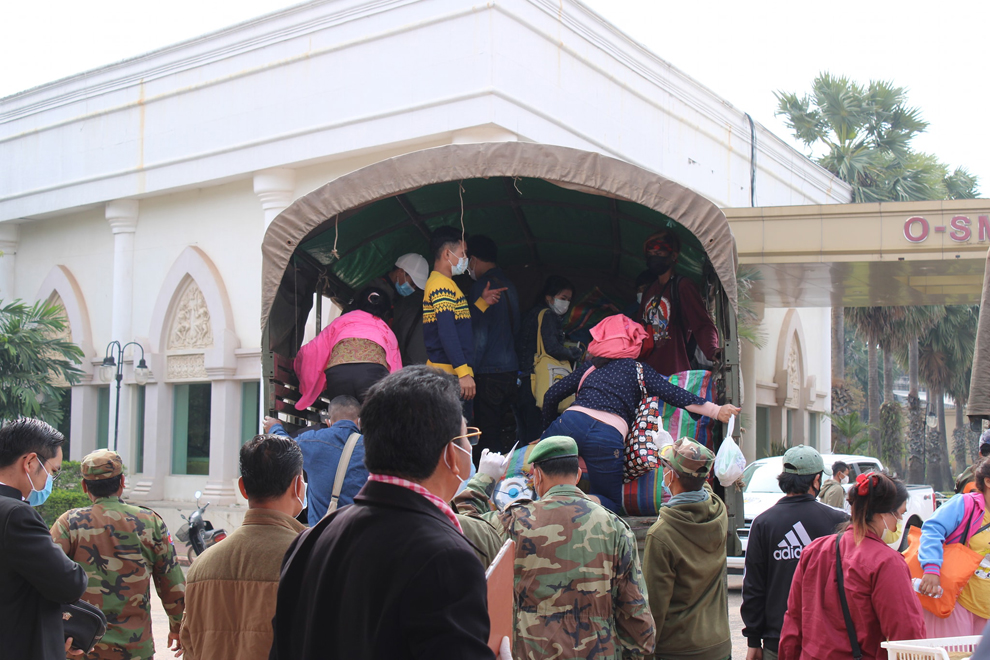 
Phnom Penh: PM Hun Sen Provides Additional Funds and Equipment to Four Provinces on the Cambodia-Thailand Border to Organize and Supply Cambodian Workers Returning from Thailand and doing charitable work in various districts in those provinces. These budgets and materials are ready from the 2nd to the 15th of February 2021.

According to a letter from the Ministry of Health on February 2, the total budget is 2,475 million riels, supplies (rubber mats, mosquito nets, blankets, pillows, pillows, sarongs and scarves). 850 packs of 11,500 cases of pure water and 5500 cases of noodles were provided to 4 provinces: Battambang, Banteay Meanchey, Oddar Meanchey and Pailin, while the other three provinces do not have a shortage of these funds and materials.

The other three provinces, Koh Kong, Pursat and Preah Vihear, did not provide funding and equipment due to the remaining budget for fresh water and Noodles for supply to Cambodian workers during Chattalysak.

Separately, the leadership of the Ministry of Health has issued instructions and called on and reminded all citizens to continue to implement the prevention of transmission of Kovid 19 virus by Increase vigilance during the upcoming Khmer New Year and Sacrifice Ceremony.

On February 1, the Minister of Health, Mr. Mam Bunheng, instructed the Capital-Provincial Authority, Commune / Sangkat / Khan Unity Command, especially the border provinces to take care of Manage the traffic of workers or passengers and the behavior of passengers as thoroughly as possible in accordance with the instructions of the Ministry of Health Government to prevent the transmission of Kovid 19 virus into Cambodia.

Mr. Mam Bunheng stated: "The Ministry would like to encourage and advise everyone to implement important measures such as wearing a mask to keep hands clean. To maintain the safety gap, special individuals must adhere to the three measures of protection and 3 do not regularly.

He added that travelers should choose separate family trips that do not have a lot of gatherings to avoid using public transport. Load more people. For choosing a safe place to stay, choose a guesthouse or hotel that implements good protection and hygiene measures as instructed by the Ministry of Health.

On February 1, Prime Minister Hun Sen spoke at the groundbreaking ceremony for the Bak Kheng water treatment plant and the official inauguration. Chamkar Mon Water Treatment Plant says it has no plans to cancel the traditional Khmer New Year celebrations like last year.

"This year, it is clear that I have no plans to cancel the New Year like last year in an uncertain situation," Hun Sen said. There are no plans this year. ”

The Prime Minister also told the people to calm down about the situation of the spread of Kovid 19 virus, but he continued to All compatriots continue to defend themselves.